Orgeron didn’t blame the lack of air conditioning for the Tigers’ cramping issues, but he did say the team would have to change things in coming weeks. 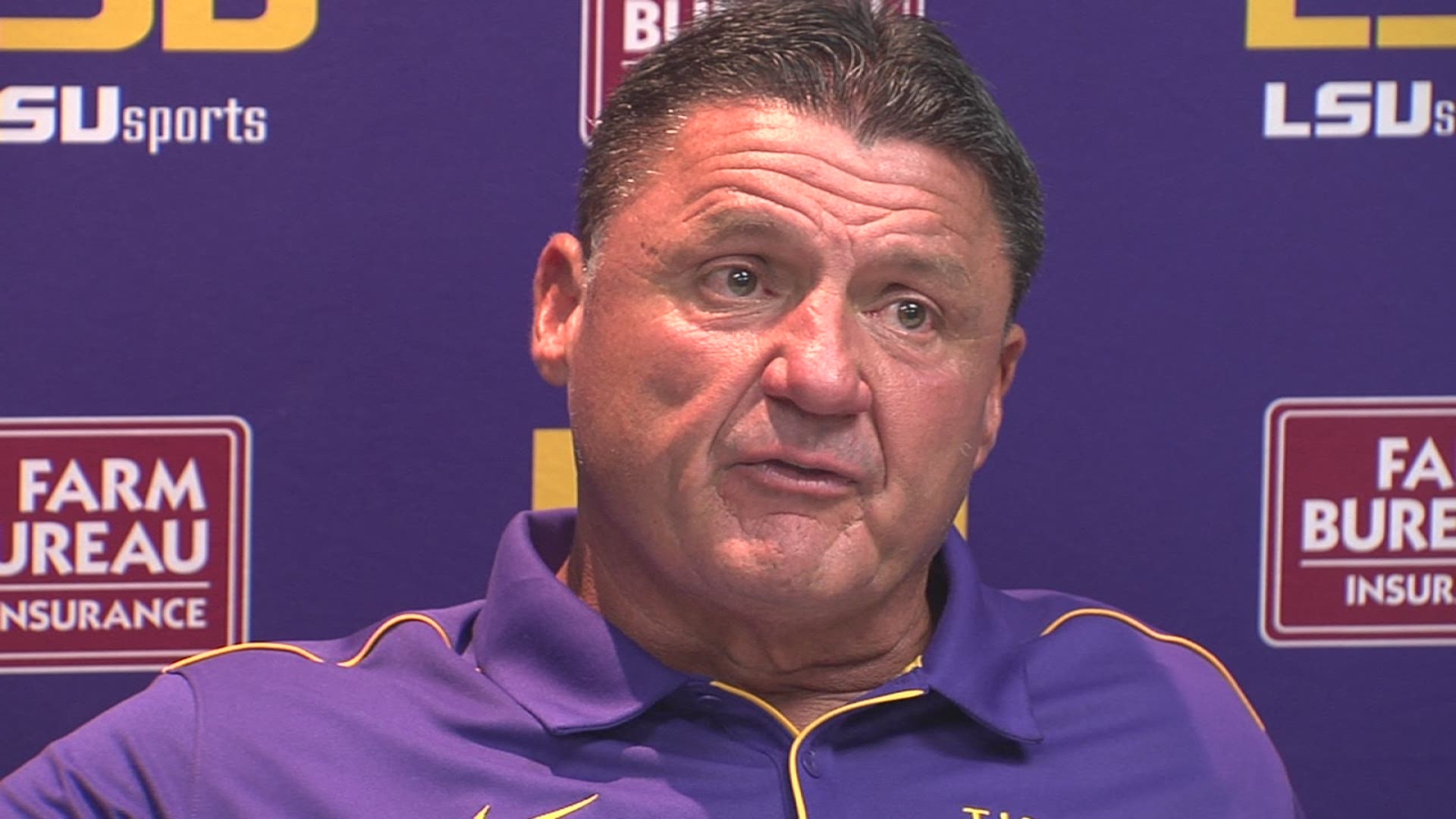 BATON ROUGE, La. — Remember all those images of LSU players cramping up on the field and sideline during the game against Texas Saturday night? A game that was won by the Tigers 45-38.

Well, it turns out that the Tigers did not have air conditioning in the visiting locker room at the stadium either before, after or at halftime - according to head coach Ed Orgeron.

Turns out that isn’t exactly new, as apparently a similar fate happened to the Louisiana Tech Bulldogs the weekend before.

Texas is one of the richest programs in the country, according to the Wall Street Journal. It could probably put air conditioning in the visiting locker room.

Monday at his weekly press briefing, Orgeron said that knowing what the Bulldogs faced, he had air blowers installed, which at least kept the air moving.

RELATED: AP Top 25: LSU moves up to give SEC 3 of top 4 in the college football poll

“First of all, I called Louisiana Tech, and they told us about it. So we did some things in the dressing room that were better. It wasn't great, but it was better,” said Orgeron. “At least we had air in there. They didn't have air. We had some blowers in there. I don't think that caused as much as going out there and having to play 93 plays on defense. I think that had a lot to do with it.”

NOLA.com said that the temperature at game time was listed at 98 degrees.

Orgeron didn’t blame the lack of air conditioning for the Tigers’ cramping issues, but he did say they would have to change things in coming weeks.

“Our guys did cramp up in the second half. We talked about it as a staff that we need to get some IVs, more IVs at halftime. Didn't seem like nobody needed one at that time, but to prevent that, I think that more guys will get IVs at halftime, obviously with the doctor's approval.”