Naz Reid, who posted his announcement on a verified social media account on Wednesday, averaged 13.6 points and 7.2 rebounds per game this season. 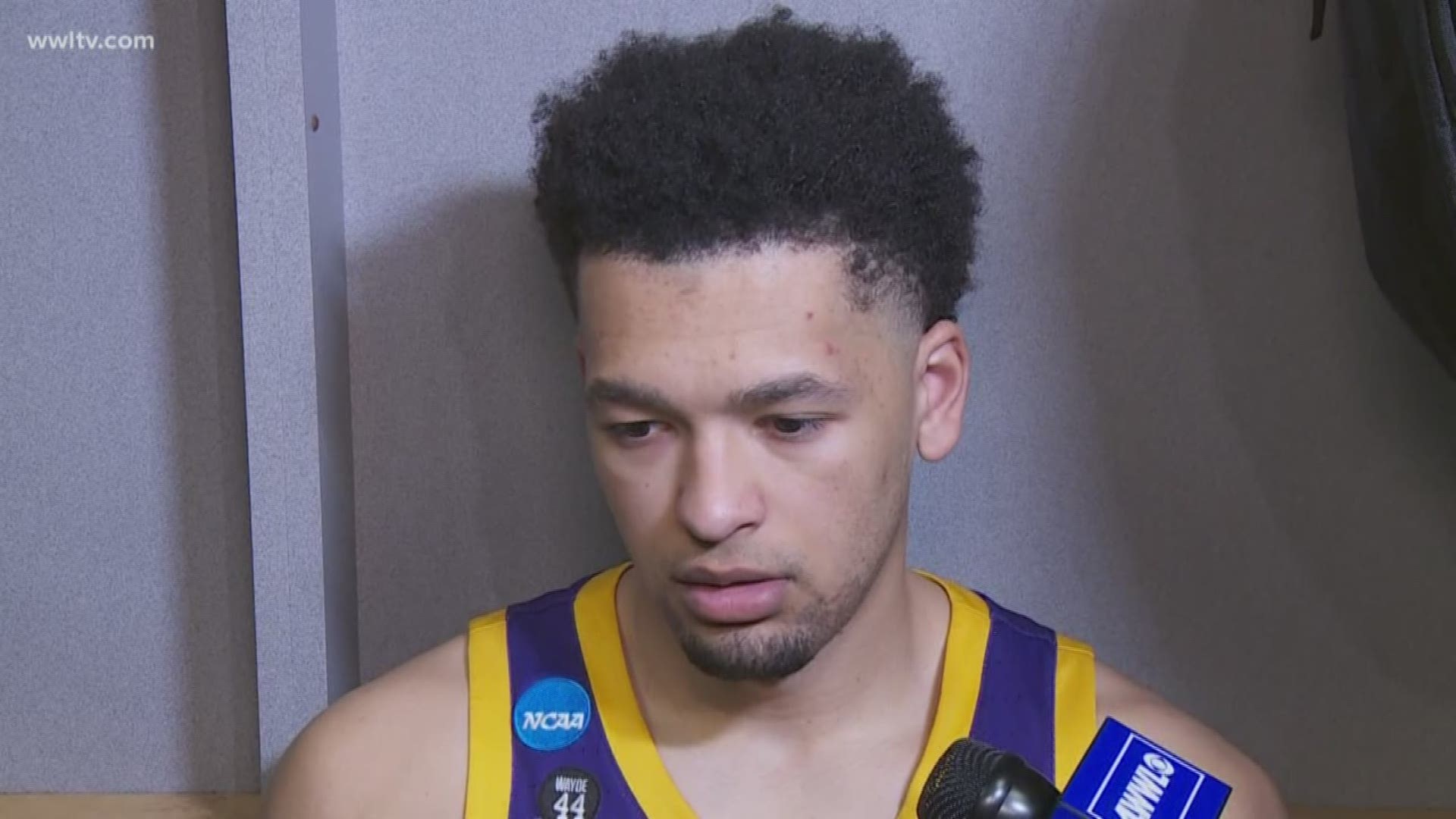 Reid, who posted his announcement on a verified social media account on Wednesday, averaged 13.6 points and 7.2 rebounds per game this season.

The 6-foot-10, 250-pound Reid is a versatile front-court player with 3-point shooting range.

In his written announcement, Reid thanks the LSU community for a "truly incredible season" and says it's time for him to pursue NBA dreams that he believes he's destined to fulfill.

Wade has been implicated in a federal investigation into sports agency and shoe company representatives convicted of funneling improper payments to the families of prized college basketball recruits. Findings of the probe that have been publicized have not implicated Reid or his family in any wrongdoing.

Reid was widely viewed a candidate to turn pro after one season, even if uncertainty was not swirling around LSU's basketball program.