"I have not met with Will," Woodward said during his formal introduction as LSU's top athletics official on Tuesday afternoon. 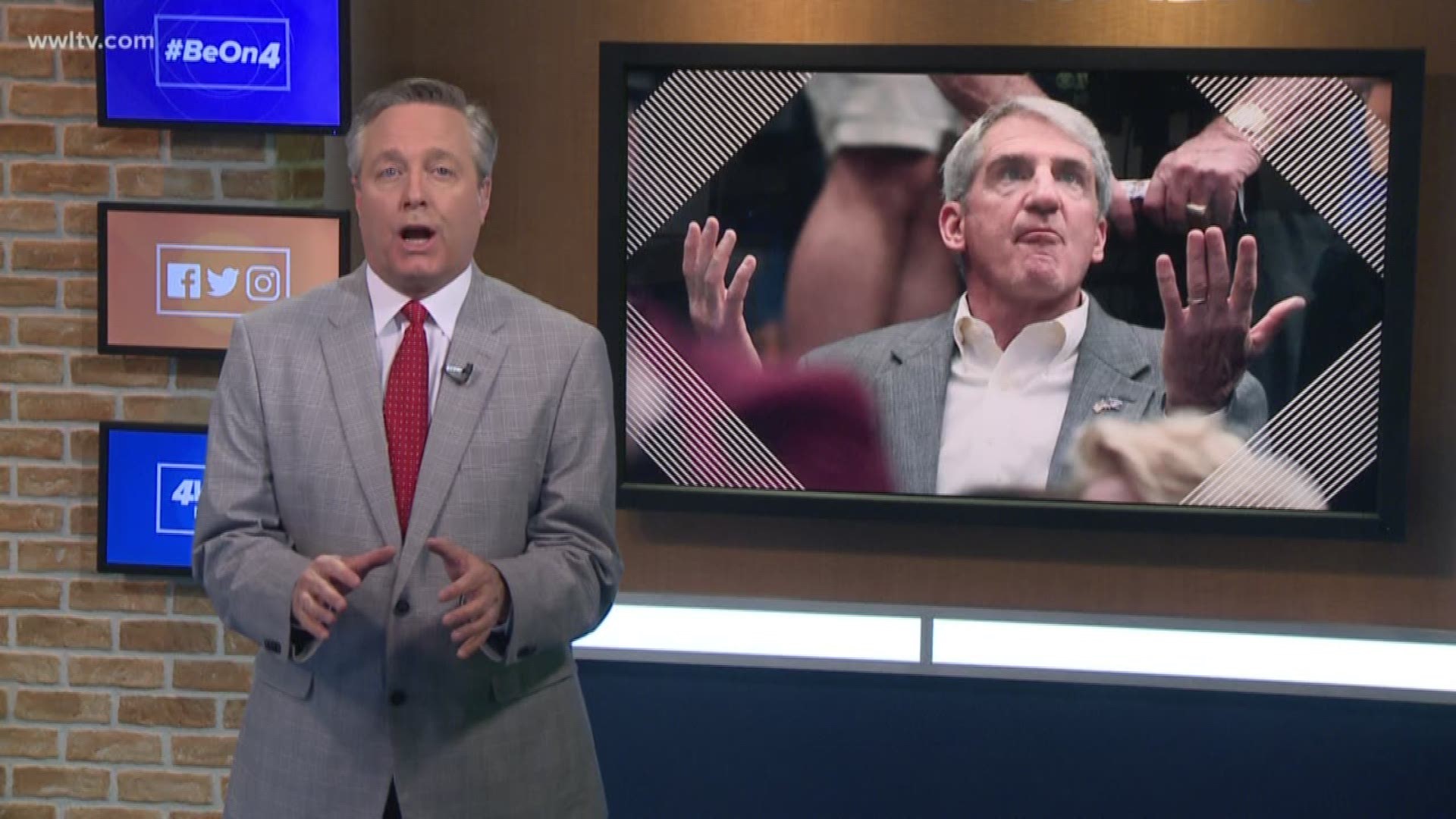 BATON ROUGE, La. (AP) — New LSU athletic director Scott Woodward began his tenure at his alma mater by asserting he would throw "100 percent support" behind recently reinstated basketball coach Will Wade — unless he's presented with new information that forces him to reconsider.

"I have not met with Will," Woodward said during his formal introduction as LSU's top athletics official on Tuesday afternoon. "We've seen each other in group meetings. I need to be briefed and I need to find out what's going on. Coach Wade is LSU's coach and until then he's going to have my 100 percent support."

Woodward agreed last week to leave Texas A&M and take over at LSU for Joe Alleva, who has been reassigned within the university in the wake of a troublesome episode for the basketball program.

Wade, who coached the Tigers to one of their best seasons, was suspended before the regular-season finale after he declined to meet with Alleva about a leaked FBI wiretap transcript that begged questions about whether the coach committed recruiting violations.

Wade's suspension covered the entirety of LSU's postseason, which ended in the third round of the NCAA Tournament. The coach finally met with Alleva and NCAA compliance officials after changing attorneys and was reinstated by Alleva, who noted he had little choice but to do so in the absence of evidence that Wade in fact violated NCAA rules.

Beyond that, however, Woodward takes over a department that has plenty going for it: enviable facilities, big revenues, fan support and teams that have been winning more often than not.

Woodward indicated he intends to be decisive about making changes in any sport that is not meeting his expectations, and his record indicates that he means it. At Texas A&M, Woodward fired football coach Kevin Sumlin and basketball coach Billy Kennedy.

"Assessing programs is very subjective," Woodward said. "You have to look at these programs not only from a wins-and-losses prospective, but by what kind of experience your kids are having. You have to look at what's the future like. Are we recruiting well?

"There are hard decisions to make, but you just have to be straightforward and honest with your coaches — saying expectations are or aren't being met. We will do that. We will be transparent."

The sentimental appeal of the job to Woodward was apparent as he reflected upon his time selling peanuts in LSU's Tiger Stadium at age 10, more than four decades ago.

"Thomas Wolfe once said that you can't go home again," Woodward said. "But, clearly, they've never been to Baton Rouge. I grew up a few miles from here and LSU was a part of my life from my earliest moments."

Woodward, who graduated from LSU in 1985, was the Vice-Chancellor of External Affairs at his alma mater under former Chancellor Mark Emmert from 2000-2004. Later, Woodward moved on to Washington, where he worked his way up to athletic director before taking the same job at Texas A&M.