Here's everything you need to know about tailgating, traffic and free events around the city before and during the big game! 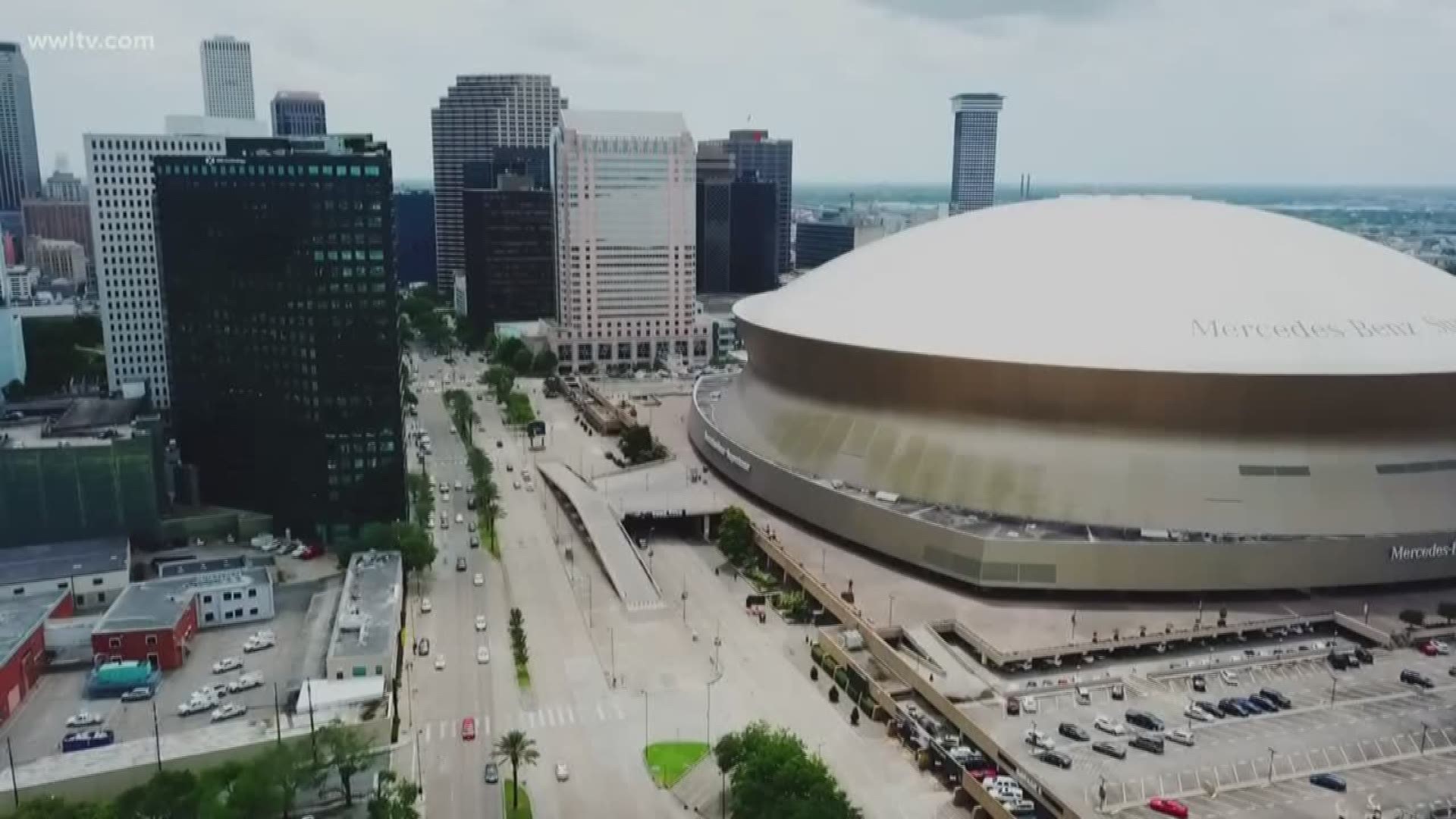 Here's everything you need to know for the big game:

Headed into the Superdome for game day? There are some extra restrictions because of the potential presidential visit.

The Dome has put out a list of what you can and cannot take inside. You can view it here:

RELATED: Going to the National Championship? Here's what you need to know

ReNEW Schools will be shortening their school day due to the road closures associated with the game.

The school is out Monday and Tuesday as their football team takes on Clemson for the championship trophy. All classes will resume Wednesday as usual.

The Allstate Championship Tailgate Plaza is open in the Jax Brewery parking lot and will serve as the ESPN home for its live broadcasts throughout the weekend and game Monday.

On Monday, Tim McGraw and alt-rock band Judah & the Lion will perform free concerts at the Capital One Stage in the plaza. Gates open at noon. Fans will be admitted on a first-come, first-serve basis.

From 8 p.m. to 4 a.m. overnight Saturday through Monday, public safety officials will screen vehicles entering the French Quarter within the perimeter of Canal, Decatur, Dumaine, and North Rampart streets.

Only residents, employees, hotel guests, and taxis or ride-hailing services will be allowed to drive vehicles into these areas.

From 8 p.m. to 4 a.m. overnight Saturday through Monday, public safety officials will close Bourbon Street from Canal to Dumaine streets and the 700 and 800 blocks of St. Ann, Orleans, St. Peter, Toulouse, St. Louis, Conti, Bienville and Iberville streets to all traffic.

Decatur Street between Canal and Dumaine streets will be closed from 10 a.m. to 2 p.m. on game day.

Road closures associated with the evacuation zone of the collapsed Hard Rock Hotel remain in place, including Canal Street from Burgundy to Elk streets and North Rampart Street from Bienville to Common streets.

To avoid extreme traffic congestion, ride-hailing services are encouraged to drop off fares outside of the restricted French Quarter perimeter.

RELATED: The Dome is LSU's home when it comes to championship games

Numerous no parking zones will be in place surrounding events in the French Quarter and the Mercedes-Benz Superdome. Residents and visitors are reminded to always follow posted signs. Parking enforcement personnel will be monitoring for illegal parking:

The 5/55 bus line will cut service at Elysian Fields Avenue and Decatur Street beginning Saturday at 11 a.m. through Monday at 5 p.m.

Terminal-to-terminal ferry buses may be delayed near the Convention Center during the Playoff Fan Central due to traffic congestion. Check norta.com or call Ride Line at 504-248-3900 for updates.

It's the first time in nearly a decade this championship game has been held in New Orleans, bringing in large crowds and an all hands on deck approach.

"This is a great event for New Orleans, it's a major event one we haven't had the opportunity to host before," said New Orleans Host Committee Executive Director and Allstate Sugar Bowl CEO Jeff Hundley.

With just days to go before Monday's monster college match up, organizers at a press conference Tuesday said excitement is soaring.

"I'm looking for a wonderful game for both of course LSU and Clemson but I will have to say now, geaux LSU Tigers!" said Mayor LaToya Cantrell. "I'm not wearing purple for nothing!"

"We're all really leaning in on this to make sure our visitors are protected and are safe and we have a wonderful championship game," Cantrell said.

President Donald Trump tweeted out possible plans to attend the game, and while it's still unclear, officials say they're ready for his attendance.

RELATED: Buzz building ahead of LSU vs Clemson title game in New Orleans

"It's a tremendous honor, it adds a layer of complexity and planning management for the city," said College Football Playoff Executive Director, Bill Hancock.

"It's real fluid with secret service at this time but we're doing all we can as a city and leveraging our resources as we do with FBI, with our state partners, with even Jefferson Parish," Cantrell said.

It's possible security plans could change, so if you're coming downtown for the game (or just for the party) get there early and be ready for a good time.

"Right before kickoff it never fails when the crowd is at its highest pitch and the excitement's at its absolute zenith, that's when you realize yeah this is why we got in this business," Hundley said.