Erika Ferrando was with LSU fans at the Wrong Iron in New Orleans and one particular fan had a really good time.... 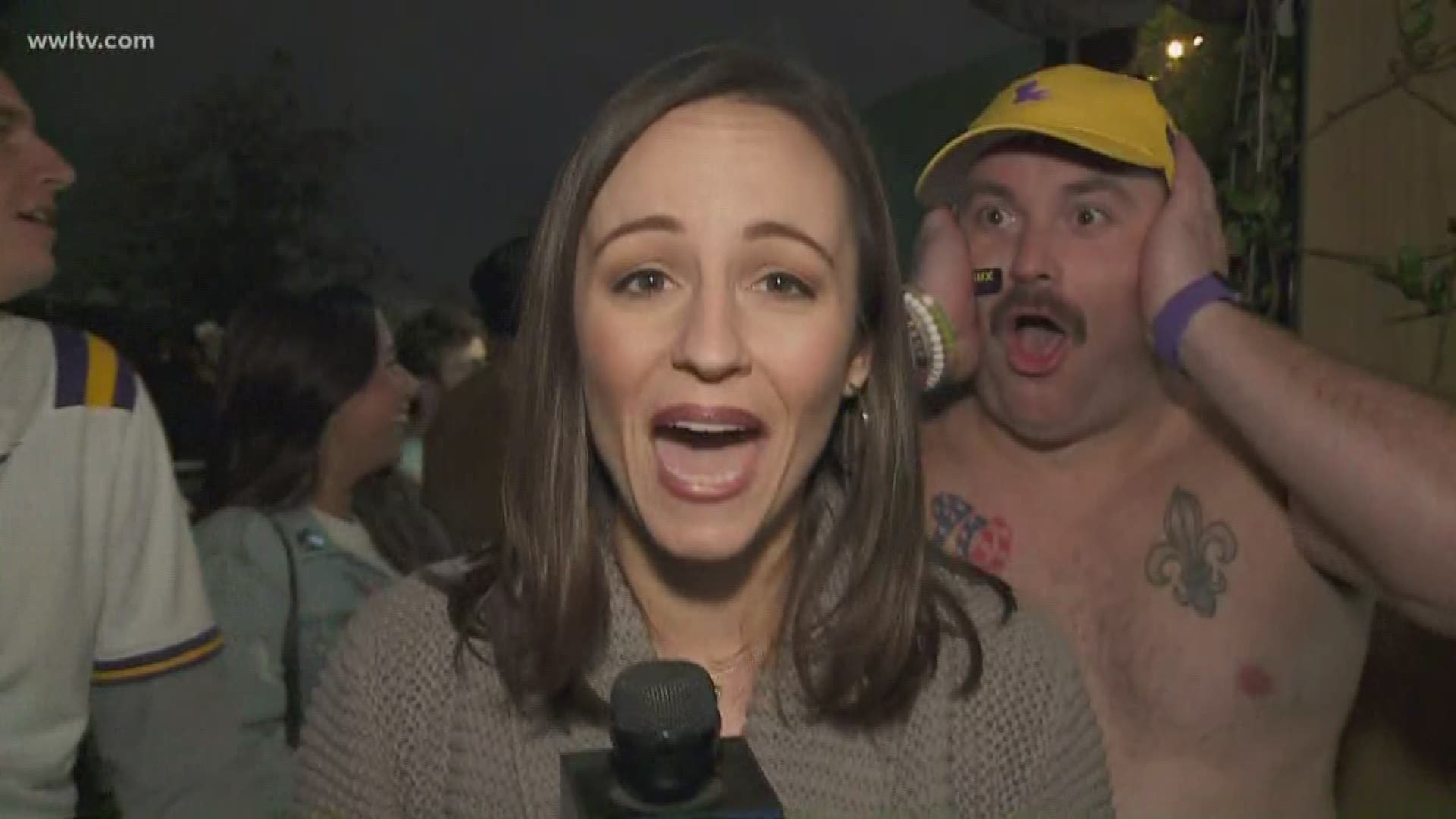 NEW ORLEANS — Reporting on football this season in Louisiana can be both challenging and rewarding. Erika Ferrando, or the shirtless man behind her, shows us what that means exactly during her live shot.

The shirtless LSU fan dances for all the world to see sporting a fleur-de-lis tattoo and a purple and gold Louisiana hat — without shame or care — because LSU won the SEC championship for the first time since 2011.

Ferrando and the fan, among others, were at the Wrong Iron on the Green Way in Mid-City New Orleans.

LSU won the SEC championship after defeating Georgia 37-10 in Atlanta on Saturday.