Money was requested after allegation of harassment by Derrius Guice

Audio from a phone conversation shows a man who once represented Gloria Scott asking for money on her behalf. 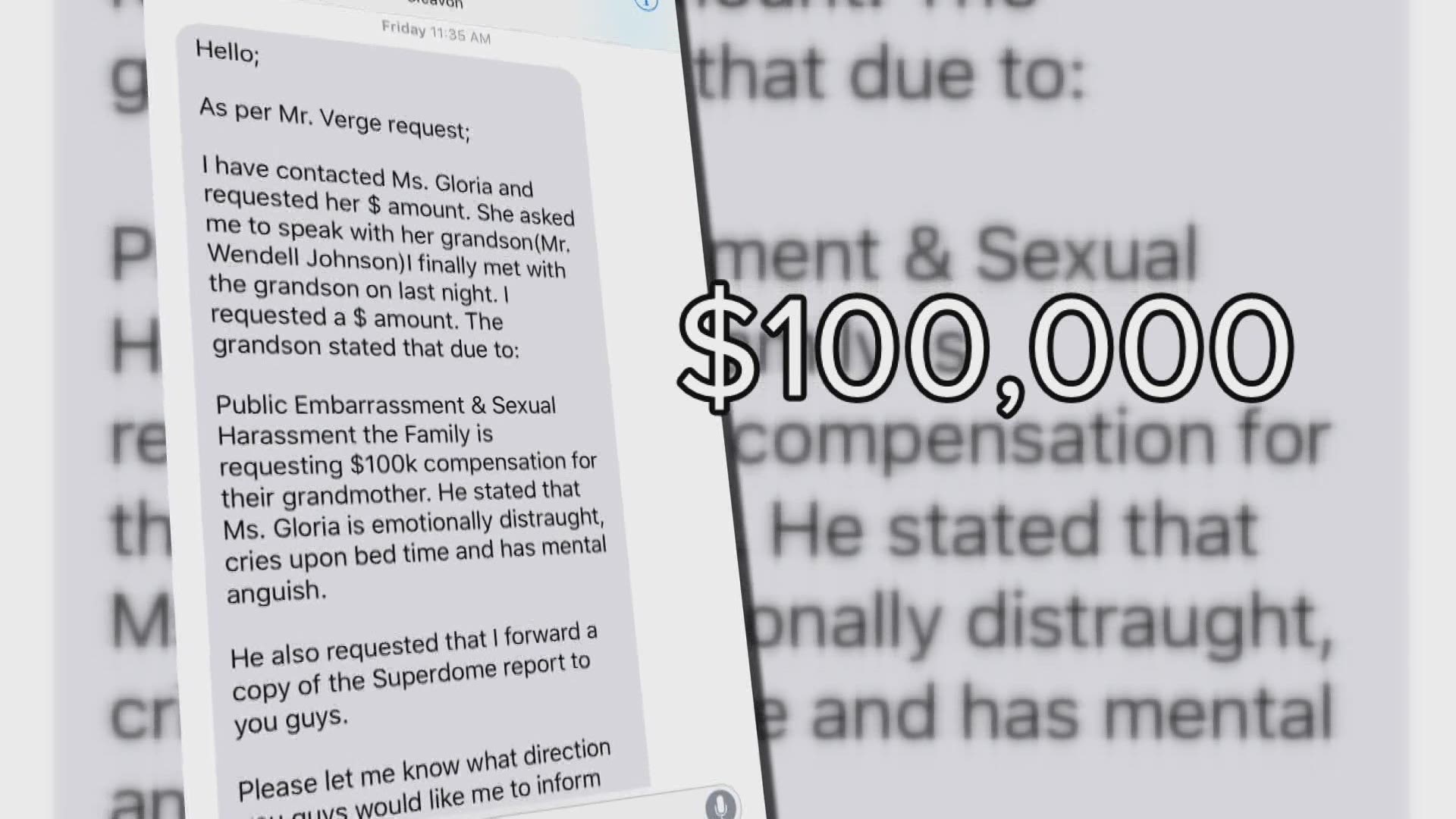 BATON ROUGE, La. — When Gloria Scott went public this year with sexual harassment claims from 2017 against former LSU football player Derrius Guice, she said wanted LSU to take action by banning him from the 2018 Citrus Bowl.

However, audio from a phone conversation shows a man who once represented her, Cleavon Williams started by asking for money on her behalf.

Williams made that statement during part of a 23-minute audio recording of a December 2017 phone call between him and two LSU Athletics Employees. That recording is part of public records obtained through a records request. In the recording Williams says if Guice plays in the Citrus Bowl then LSU needs to pay money to Scott. One of those LSU employees, Miriam Segar, called it blackmail.

“How much,” Segar asked. “I mean you had to have talked to her about it if you’re representing her interest. How much?”

“You guys tell me,” Williams replied. “What type of interest is Derrius in playing in the Citrus Bowl?”

According to text messages, Williams later puts that number at $100,000.  According to records, that call happened just days after Scott says she was approached by Guice inside the Mercedes-Benz Superdome in New Orleans where she was working an event. Less than two weeks ago, she testified before state lawmakers about what happened.

According to public records, Scott took those allegations to LSU several times, leaving voicemails with the athletic department. In addition to wanting LSU to ban Guice from playing, she even talked about pressing charges against him and contacting the media if LSU didn’t act. While she never mentioned money, she did mention Williams.

“I have no attorney hired for me. The only people that’s handling my situation with you all would be Cleavon Williams and Wendall Johnson,” said Scott on one of the December voicemails.

Monday night, Williams told Eyewitness News that Wendall Johnson is one of Scott’s family members and that’s who told him about the $100,000 figure. Williams also says he was only assisting the family, but no longer.

Eyewitness News also reached out to Gloria Scott to see if she had any knowledge about Williams asking for payment. We have not heard back.