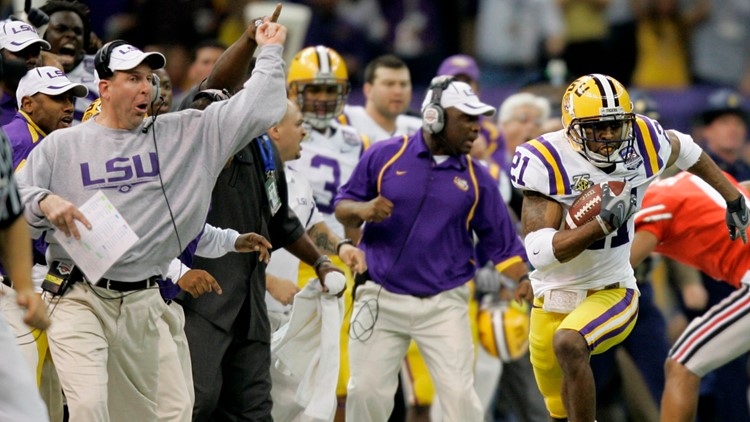 BATON ROUGE, La. — LSU's new defensive coordinator has been in this spot before.

'Bo' Pelini will be offered the job replacing Dave Aranda as the defensive coordinator of the national champs at a salary of about $2 million per year. The school officially announced the hiring in an afternoon press conference. The salary number was attributed to a tweet from Ross Dellenger of Sports Illustrated.

Pelini served as defensive coordinator for the Tigers from 2005-07, the last year which saw the Tigers win a national title with a victory over Ohio State in New Orleans.

Pelini’s hire is pending approval from the LSU Board of Supervisors.

“We are privileged to have one of the top defensive coordinators in all of football in Bo Pelini join our staff,” Orgeron said. “Bo has had some of the best defenses in football during his career and we are looking forward to him bringing his tremendous amount of knowledge and expertise back to LSU to continue to win championships.”

Pelini then went on to the head coaching position at Nebraska, where he served for seven years, compiling a 67-27 record and never recording fewer than nine wins.

Pelini guided Nebraska to appearances in the Big 12 Championship Game in 2009 and 2010 and then followed that with a Big Ten Legends Division Crown in 2012 and the school’s lone appearance in the Big Ten title game. Nebraska appeared in a bowl game in all seven of Pelini’s seasons with the school.

“The opportunity to return to LSU is truly unique,” Pelini said. “Culturally, with my prior experience at LSU, I know it is a great fit for me."

Pelini has served the past five seasons as the head coach at Youngstown State.