Report: Two former LSU students say they were raped by Derrius Guice in 2016

USA Today reports both women said Guice assaulted them in their own apartments after nights of heavy drinking. 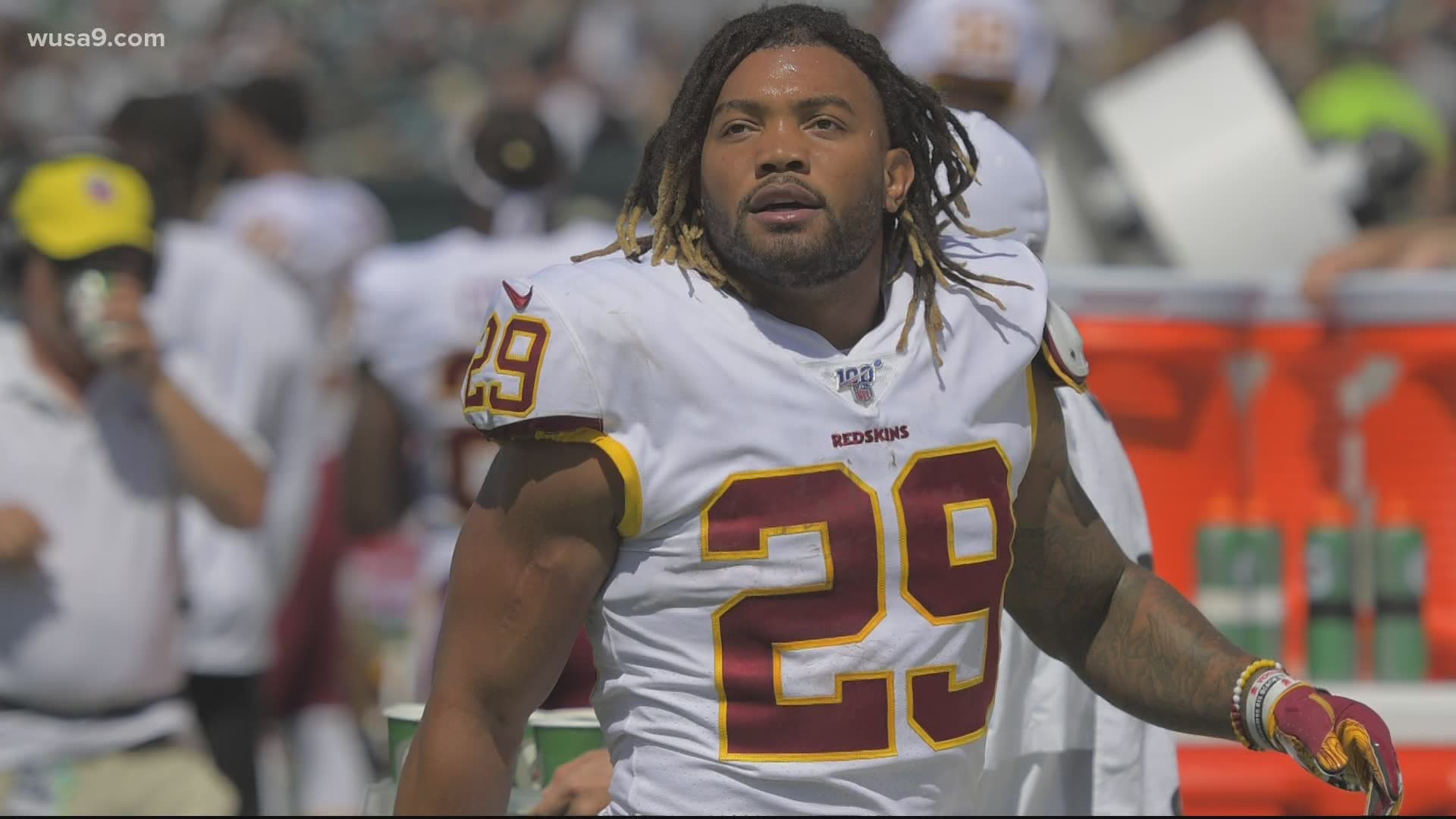 The new allegations come just weeks after Guice was released by the Washington Football Team after he was charged in multiple domestic violence incidents.

According to a USA Today investigation, the student's allegations were shared with at least two coaches, an athletics administrator, and nurse but the report says the school does not appear to have investigated.

USA Today reports both women said Guice assaulted them in their own apartments after nights of heavy drinking. One woman said Guice entered her room while she was sleeping and raped her during a party that she was hosting. The other woman, a former LSU Tennis player, said Guice raped her after she met him for the first time at a bar.

The tennis player told USA Today that she reported the alleged rape to LSU's Title IX office, but it was never investigated. The other woman said her friend reported the assault to a diving coach, and while the university did send her an email asking if she wanted to file a formal complaint, she did not file one. The report said neither woman reported the incidents to law enforcement.

In a statement to the newspaper, Guice’s attorney Peter D. Greenspun denied the allegations.

"At no time were allegations of physical or sexual assault brought against Derrius during his years as a student-athlete at LSU," Greenspun said. "To bring up such assertions only after the Virginia charges were initiated certainly calls into question the credibility, nature and timing of what is being alleged years later.

The Washington Football Team released Guice in early August after he was charged in multiple domestic violence incidents.

The Loudoun County Sheriff’s Department told The Associated Press that Guice was arrested on one count of strangulation, three counts of assault and battery and one count of destruction of property. Strangulation is a Class 6 felony in Virginia.

The team said in a statement it learned of a potential domestic violence situation Thursday, immediately notified the NFL and met with Guice to excuse him from football activities pending a review. After learning of the multiple charges against him, reviewing the case and discussing the matter, Washington said it decided to release Guice.

The Loudoun County Sheriff’s Department said the incidents were reported to the Montgomery County Police Department in Maryland where the victim lives. Loudoun officials then learned July 22 that they happened in their jurisdiction in February, March and April.

Guice, 23, turned himself in and was released on $10,000 bond, according to the Sheriff's Department.

Washington selected Guice in the second round of the 2018 draft out of LSU. The Louisiana native tore the ACL in his left knee in the preseason and didn't make his pro debut until 2019.

Guice played in just five games last season after injuring his right knee and then his left knee again. He was expected to be a part of Washington's backfield and was signed through the 2021 season as part of his rookie contract.