The damning report said the university either doubted the women, didn't investigate or call police despite several reports. 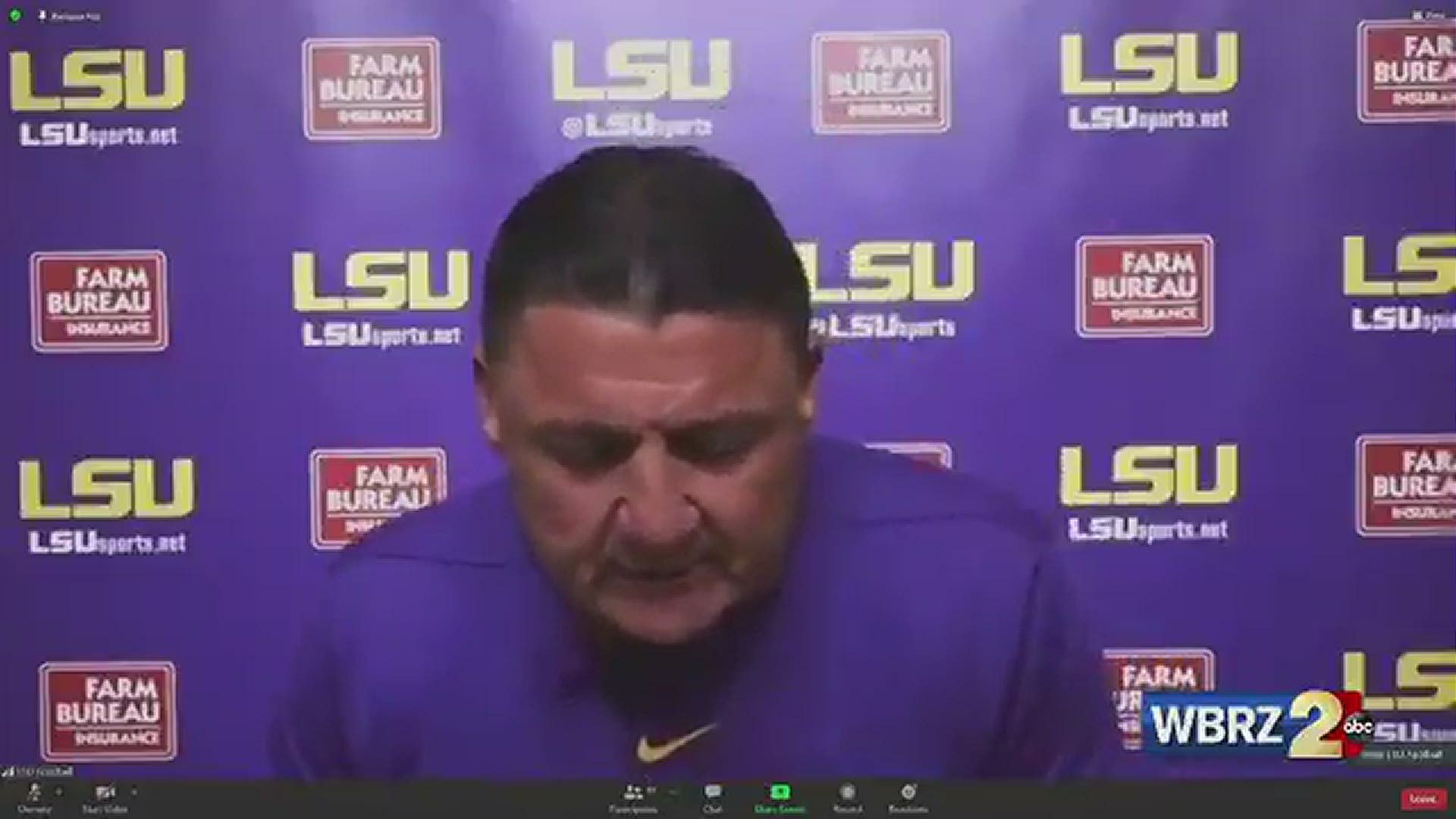 BATON ROUGE, La. — LSU looked the other way, ignored or downplayed accusations of sexual assault against male students, including a former star running back who was eventually dismissed from an NFL roster according to an investigative report in USA Today.

Read the report from USA Today

The investigation by USA Today reporters Kenny Jacoby, Nancy Armour and Jessica Luther, determined that former running back Derrius Guice had several allegations including two for rape and another for taking a nude photo of a woman and sharing it without her permission and that the school took little substantive action.

Guice was eventually released from the Washington Football Team this past summer after he was arrested on domestic violence charges in Virginia.

The article also said that receiver Drake Davis had been accused of physically assaulting his girlfriend and those allegations were not properly handled.

In addition to athletes, there were other allegations of sexual abuse against male students that the report alleges were not properly investigated or reported.

Monday, at his weekly football press conference, LSU head coach Ed Orgeron read from what appeared to be a prepared statement.

"First I want to say that we need to support and protect victims of violence, sexual abuse of any kind," he said. "There is no place in this society, or on this campus or our football program for any behavior of this type... I have in the past and will continue to take appropriate action and comply with reporting protocols."