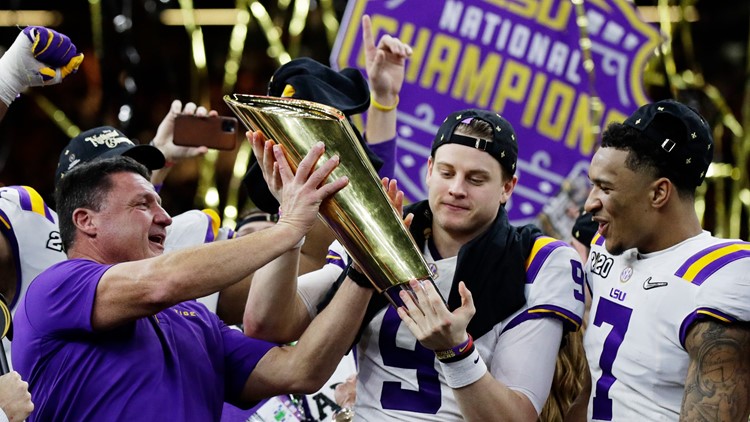 Wednesday from 4 p.m. – 7 p.m. at the Rouses Market near the intersection of Lee and Burbank drives, fans can take photos with the trophy.

Thursday from 4 p.m. – 7 p.m., fans can find the trophy at the Walmart near where Interstate Highway 10 meets College Drive.

The College Football National Championship Trophy is what college football teams across the country aim to attain.

The trophy has a hardened steel core that's surrounded by hand made golden brackets, the College Football Playoff's website said. The trophy was designed specifically for the CFP era.

Craftsmen worked for three months to make the trophy with 24k gold, bronze, and stainless steel. The trophy is 26.5 inches tall, and its 12-inch base is formed bronze.

RELATED: Could this LSU team be the best ever? 'I think so,' says Coach Orgeron