What they're saying nationally about LSU's championship

LSU did what it had done all season long - put out an unstoppable offense that other teams just can't match. 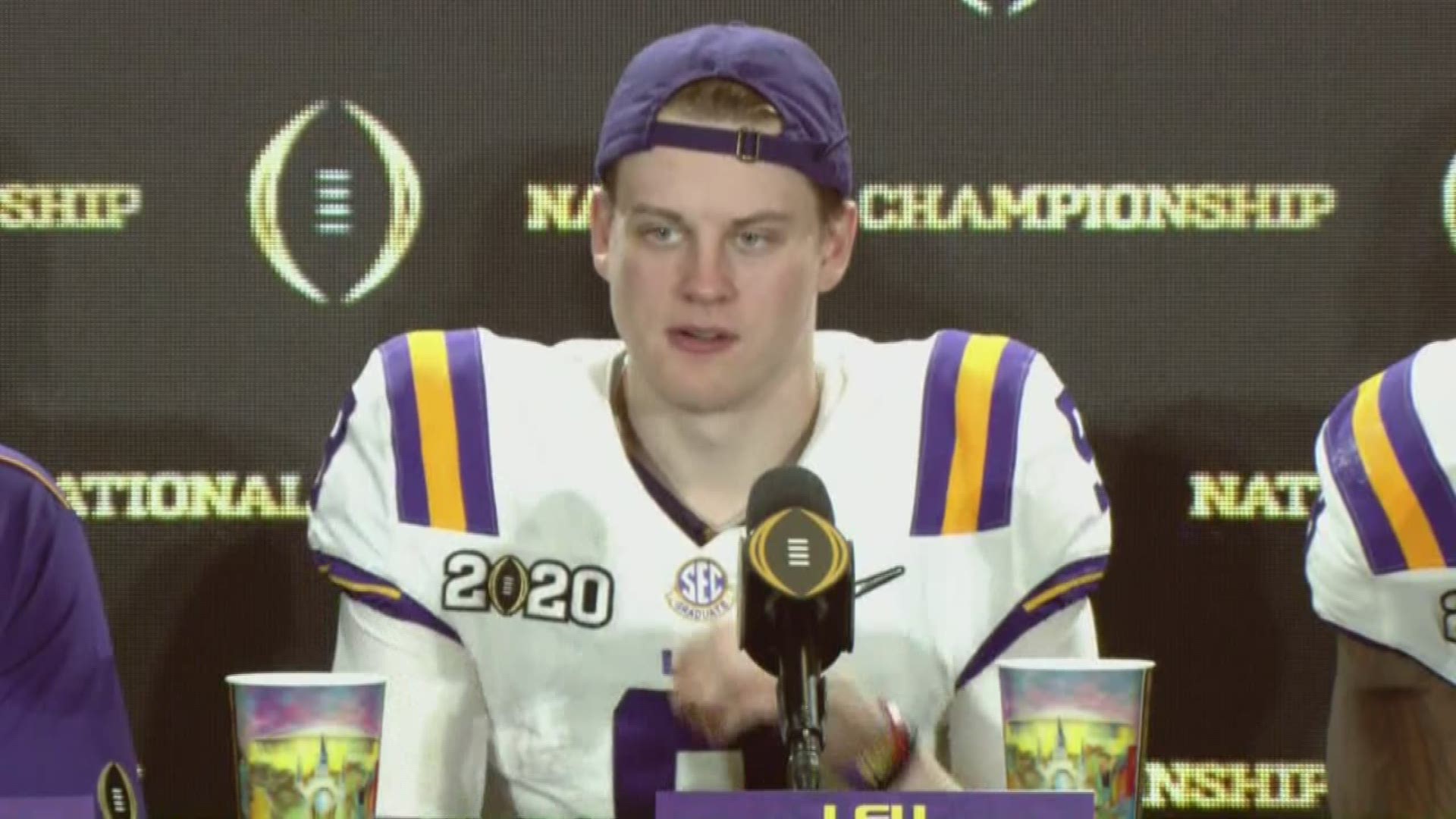 NEW ORLEANS — The LSU Tigers are the national champions of college football for the fourth time in school history.

The Tigers were in a tight game with Clemson until late in the third quarter when the unstoppable Heisman Trophy winner Joe Burrow threw five touchdown passes and ran for another one, decimating all kinds of records in the wake of his season.

Here is what some of the national pundits are saying about the 15-0 national champs.

- LSU completes one of the most impressive seasons in college football history - Chris Patterson, CBS Sports