The 74-year-old grandmother spoke through tears, saying she's scarred by the incident 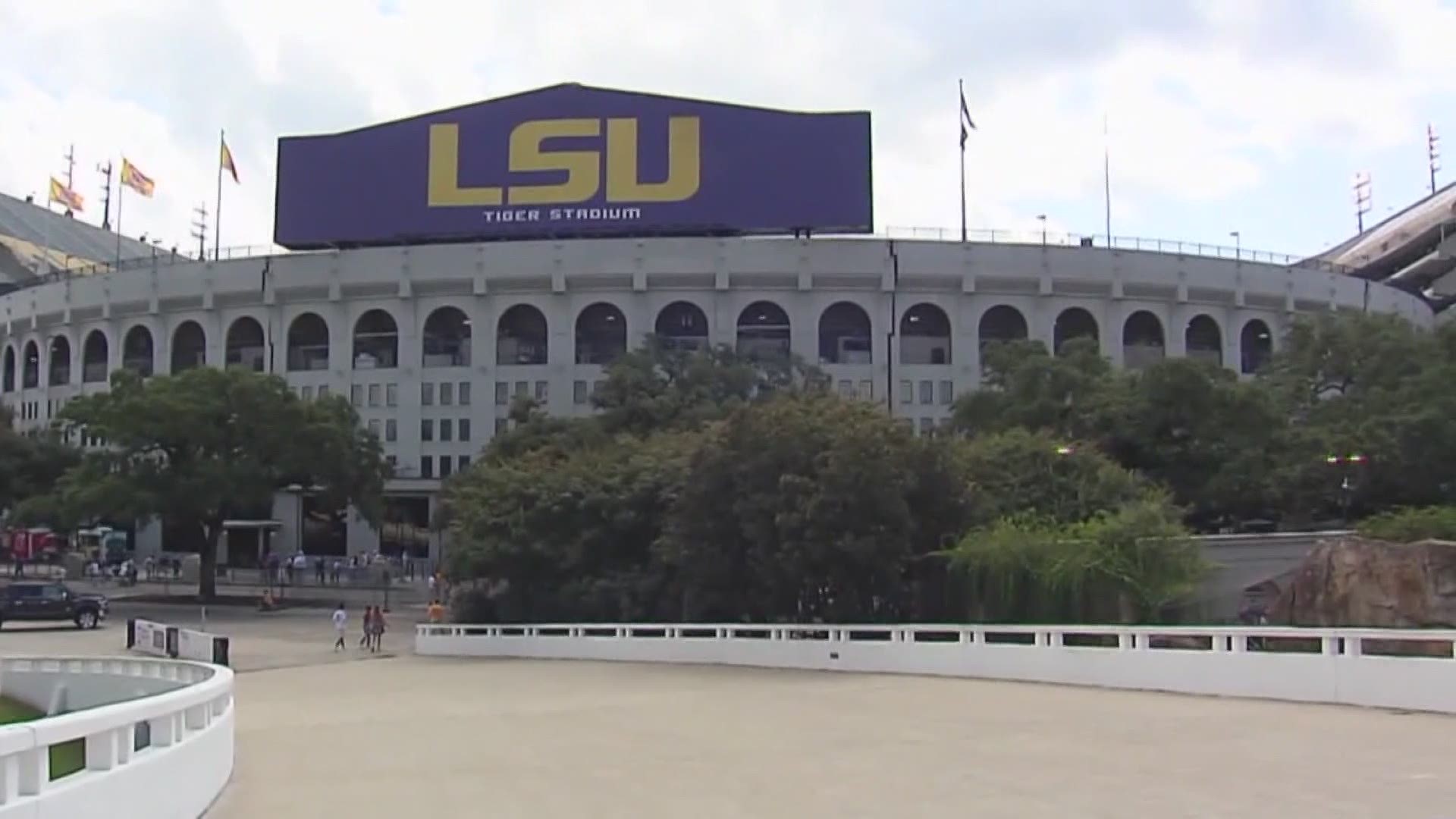 BATON ROUGE, La. — State legislators and LSU leaders went head-to-head Friday, over how the university handled claims of sexual misconduct on campus. It was the second time discussions regarding this have been held at the state capitol.

The room was silent as 74-year-old Gloria Scott told her story.

"I was so hurt and so nervous and upset," she said. "And all my life I've never had a man or child talk to me so disrespectful like he did."

In 2017, Scott who was working at the Superdome, says Derrius Guice approached her, saying things to her that still haunt her to this day.

"Derrius walks in front, stands in front of me and said, 'Oh, I like them like you,'" she said. "I said what? He said 'Yes I like having sex with older women like you.' I said young man don't disrespect me like that."

Scott's story shook lawmakers. Especially after she told them she went to multiple agencies and people to report it, but no one would help.

"We're all outraged on the inside," Sen. Sharon Hewitt said. "we're heartbroken for you, we're outraged that so many people had an opportunity to help and yet chose to support the player and protect the player instead of addressing the victim."

"How does something of this nature occur and there's no action?" asked Sen. Regina Barrow.

Friday's hearing was the second held by lawmakers, who are demanding to know why so many sexual misconduct claims were either not reported or mishandled at LSU. During the first hearing two weeks ago, lawmakers blasted LSU's response demanding they do better. On Friday, the university's Board of Supervisors was there to try and answer questions.

"We are going to be aggressive and fix the problem going forward and we have an aggressive plan we are committed to fix it," Robert Dampf said.

That includes creating a new office for Title IX complaints, the federal law protecting against gender discrimination. It also means creating a better system of accountability to help improve how misconduct is reported and handled. A lawyer who spoke with LSU's Board of Supervisors also said the interim-president has also called and spoken with the victims personally.

"If we had an employee, be it a head coach or anyone a groundskeeper, a faculty member, a secretary of the department who behaved irresponsibly and illegally, this board, if they rose to our knowledge, would certainly make sure the appropriate investigation took place," Mary Werner said.

During the hearing, LSU's Board of Supervisors pledged change, acknowledging things should've been handled better.

"We're proud of a lot of things at LSU, and this is not one of them and we know that," Dampf said.

Lawmakers though saying actions speak louder than words, and it's the school's duty now to make it right again.