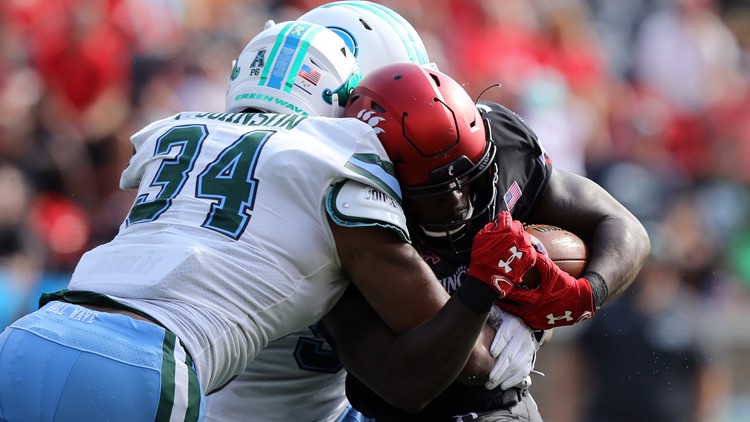 Warren broke through the left side of the Tulane line and dove into the end zone for a 10-7 second-quarter lead and Cincinnati (6-0, 2-0 American Athletic Conference) pulled away from there. Warren gained 123 yards on 18 carries for his third straight 100-plus-yard rushing performance and fourth of the season.

Warren's run - the third longest run from scrimmage in Bearcat history - negated a 17-yard touchdown pass from Justin McMillan to Darnel Mooney for Tulane (2-4, 1-1) and Cincinnati led 24-14 at halftime after the teams traded touchdown runs.

Tulane's Darius Bradwell scored from 19-yards out after a 64-yard kickoff return by Ryan Jones with 2:51 left in the half.

Desmond Ridder, 15 of 25 passes for 174 yards with a touchdown and an interception, ran up the middle for a 28-yard score with 41 seconds to go.

McMillan, a transfer from LSU, took over for starter Jonathan Banks. He completed 11 passes for 130 yards and two touchdowns, including a 14-yard pass to Terren Encalade with 4:25 left to play. Green Wave leading rusher Bradwell followed a 143-yard rushing effort last week against Memphis with 88 yards on 16 carries.