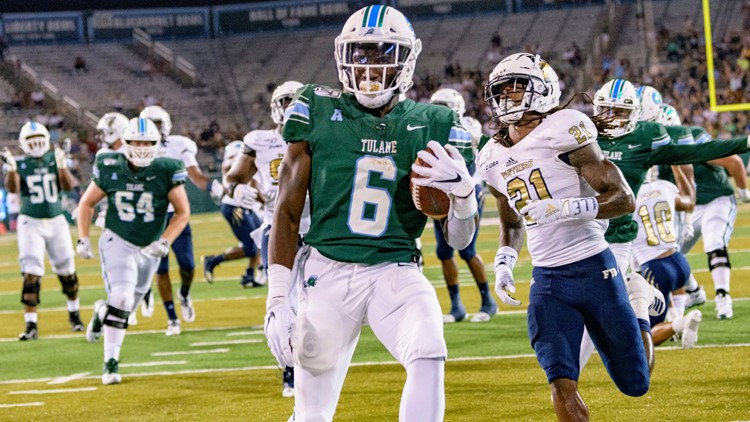 Photo by: AP
Tulane running back Corey Dauphine (6) scores a touchdown against against Florida International during an NCAA football game on Thursday, Aug. 29, 2019 in New Orleans. (AP Photo/Matthew Hinton)

NEW ORLEANS — Tulane kicked off their season tonight by making an emphatic statement.

It was never a contest.

First quarter, Justin McMillan engineers a 7-play, 70-yard drive and caps it off with a touchdown to Tyrick James. McMillian was fantastic in the air AND on the ground all night.

Patrick Johson and the defense were terrific. The Panthers had virtually no offense all night.

Tulane put together four touchdown drives in the 2nd Quarter, leading 28-7 at halftime.

Optimism was high all offseason, but it just got higher.