Mock projections have seen Nickerson anywhere from the second to the sixth round. Aruna may be a late flier. 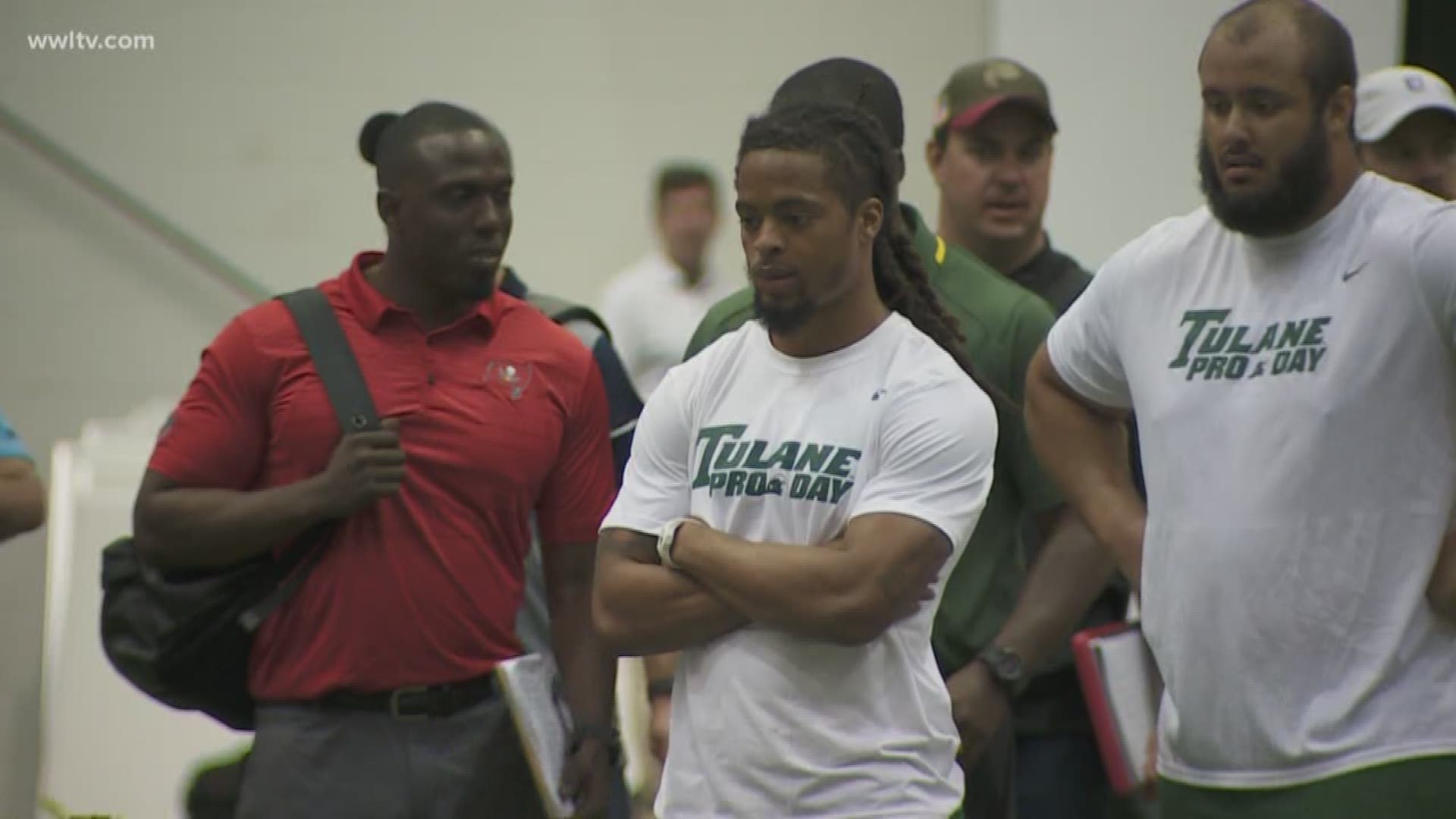 “I just wanted to prove to those guys that I have what it takes,” Nickerson said. “I didn’t do as much at the combine, so I just wanted to come out and put on a good performance for them.”

Part of why Nickerson didn’t do as much in Indianapolis, he joked, was because he “ran really fast” and pulled his hamstring. Which is really no joke at all.

The injury came on his first spring in Indiana, but despite the pull, the West Jeff alumn still ran a 4.32 40 at the combine. That was good enough to tie LSU’s Donte Jackson and Ohio State’s Denzel Ward for the fastest speed that entire weekend.

And many teams were blown away by it, according to Nickerson. However, it kept him from participating in anything else.

“I was kind of disappointed that I couldn’t do my DB drills and all of those other drills that they did,” he said. “I didn’t feel any pressure. I know what I’m capable of.”

As for Aruna, he may have done even more for his draft stock than Nickerson.

Aruna posted a 4.6 at the combine, the second-best time for any D-lineman. He even edged NC State’s Bradley Chubb, who many project as the first edge rusher taken in the draft.

“The only thing that I need to improve on that I know, is just to be a student of the game,” Aruna said. “I’m not like the rest of these guys that have been playing the game since they were five or six years. Sometimes that’s your up in the game.”

And Aruna’s hope is that NFL teams will buy his upside. He originally moved from Nigeria to play basketball and ended up playing football, which he’s only done for a few years.

In his junior season with Tulane, he posted 10 sacks. Last year, he only had three as a senior. Still, that dip doesn’t worry Aruna ahead of the draft.

It was not about me, it was about the team,” he said. “I want us to go to a bowl game, so any scheme the coaches think is going to get us better to win bowl games, then I’m all in for it.”

As for the Algiers native, mock projections have seen Nickerson anywhere from the second to the sixth round. Aruna may be a late flier.

Both, however, just want an opportunity at the next level.