Thursday night Tulane pulled off that trick - first coming back from a 28-7 deficit, then pulling off their own version of the Minneapolis Miracle. 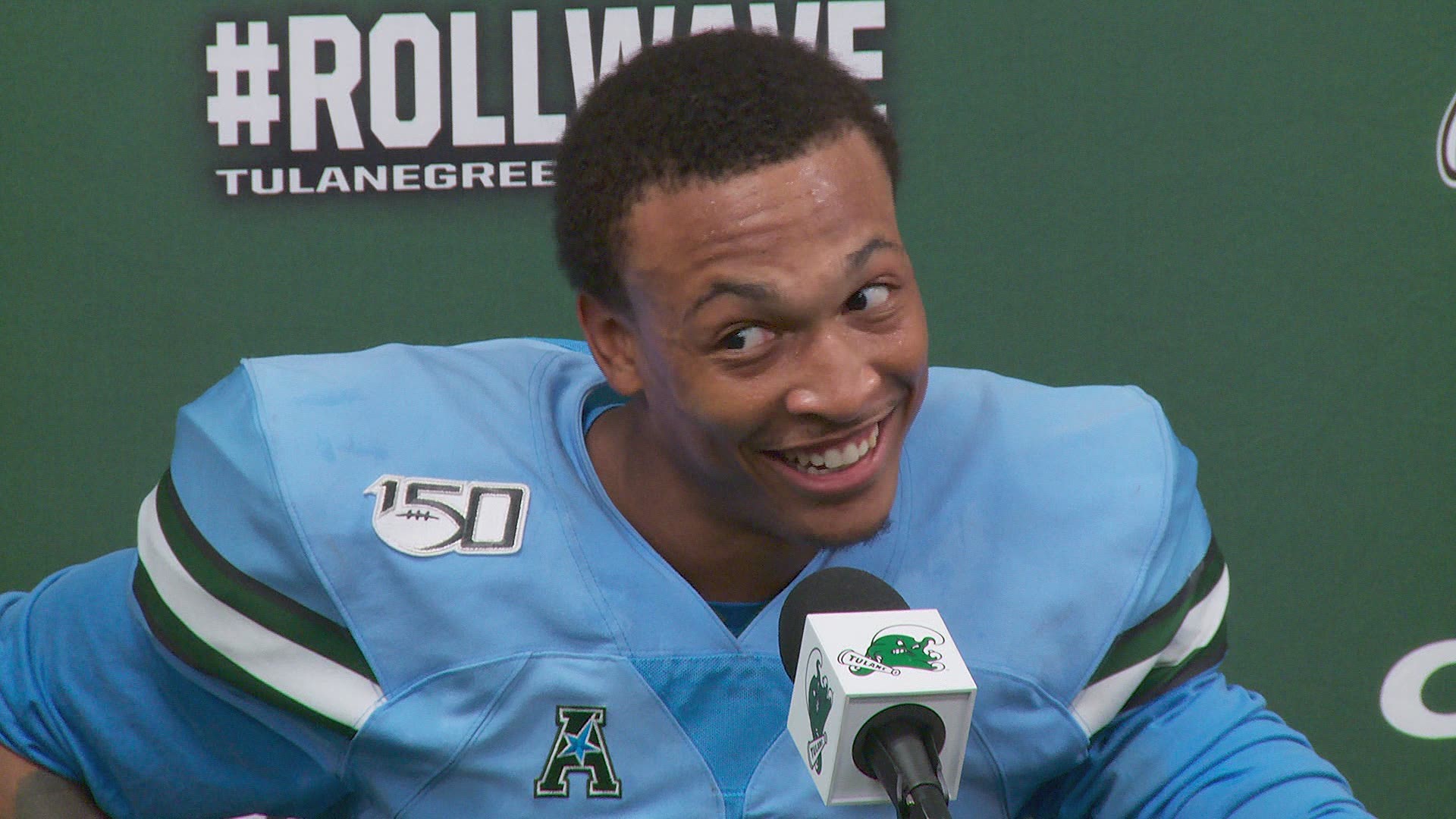 NEW ORLEANS — The last time New Orleans sports fans saw a last gasp pass go to a receiver and the defense whiff on a tackle with the receiver going for a game-winning score, it left them nauseous.

We all know about that play. Thursday night Tulane pulled off that trick - first coming back from a 28-7 deficit and then, when it appeared the game was destined for overtime, they pulled off their own version of the Minneapolis Miracle.

Jalen McCleskey scored on a 53-yard catch-and-run throw from Justin McMillan with 3 seconds left, and Tulane rallied from a 21-point deficit to beat Houston 38-31 on Thursday night.

The touchdown set off a huge celebration and was featured all night long on ESPN, something Tulane hasn't seen too often.

"Justin put it right on the money," said McCleskey. "I knew I was going to get hit, just hold on to the ball and they missed the tackle and I had open field and it was off to the races."

"I've never seen an ending like that in my life," said a stunned Houston head coach Dana Holgorsen. "I've been coaching for 25 years and I've never seen it."

After Houston tied it at 31 with 21 seconds remaining, Tulane appeared to be content to go to overtime, but a fake kneel-down led to an 18-yard run by Amare Jones. One play later, McCleskey made a catch in traffic over the middle, broke a tackle and raced to the end zone.

McCleskey finished with four catches for 120 yards and two scores for Tulane (3-1, 1-0 American Athletic Conference), which trailed 28-7 in the second quarter. McMillan completed 7 of 20 passes for 186 yards and three touchdowns.

D'Eriq King threw for 229 yards and two scores, and ran for 116 yards and a TD for Houston (1-3, 0-1). King broke former Florida quarterback Tim Tebow's FBS record for the most consecutive games (15) with at least one passing and rushing touchdown.

The win over Houston made Tulane 3-1 on the season so far - all three wins coming at Yulman Stadium.