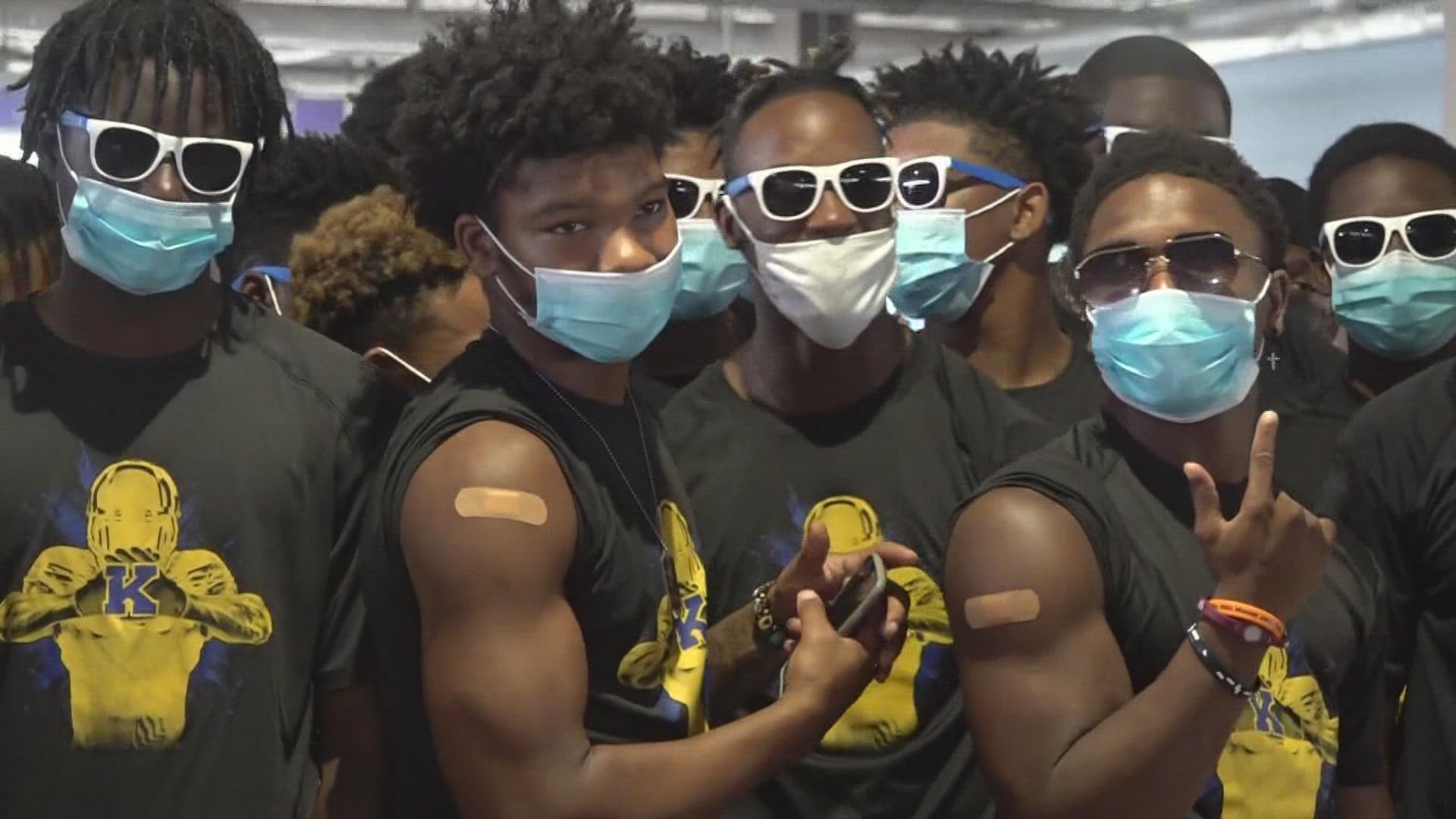 Thursday, dozens of players from John F. Kennedy High School, part of KIPP Public Charter Schools, decided to get their COVID-19 vaccines, hoping other students will follow their lead to stop the Delta variant from spreading.

"We're just trying to lead by example, that’s all, that’s all we trying to do," said Jaquane Glover, a running back about to start his junior year.

Glover received his COVID-19 vaccine with nearly 50 of his teammates.

"Making sure we're straight to protect everybody," he said.

A school bus brought the team to Crescent Care for their first shots.

"To not hurt my team," said linebacker Devin Reed, who is about to start his senior year. "We're a brotherhood."

Some of the students admitted they were skeptical about the vaccine at first.

"I was hesitant, I was definitely hesitant because I heard a lot of speculation, but I'm here now. I'm ready to take it and get it out the way," Glover said.

Their coach admitted he was too.

"I tell them my story. I was one of the hesitant ones. I just recently got vaccinated also, so I let them know I understand their concerns, but at the end of the day it's one of the best things for them," said John F. Kennedy High School Head Coach, Lynarise Elpheage.

Currently, 9% of kids ages 5-to-17 are partially or fully vaccinated. Only those 12-and-up are eligible for the vaccine unless they are part of a clinical trail.

Emily Wolff with the Mayor's Office of Youth and Families said with the first day of school quickly approaching, it's crucial more young people take this step.

"This is exactly the kind of effort we need to see replicated city wide," Wolff said.

"Just take it. It's going to keep you safe and keep the ones around you safe," Glover said.