'I would definitely consider that': Tom Brady talks about playing past 45 years old

The G.O.A.T just keeps raising the bar higher and higher. 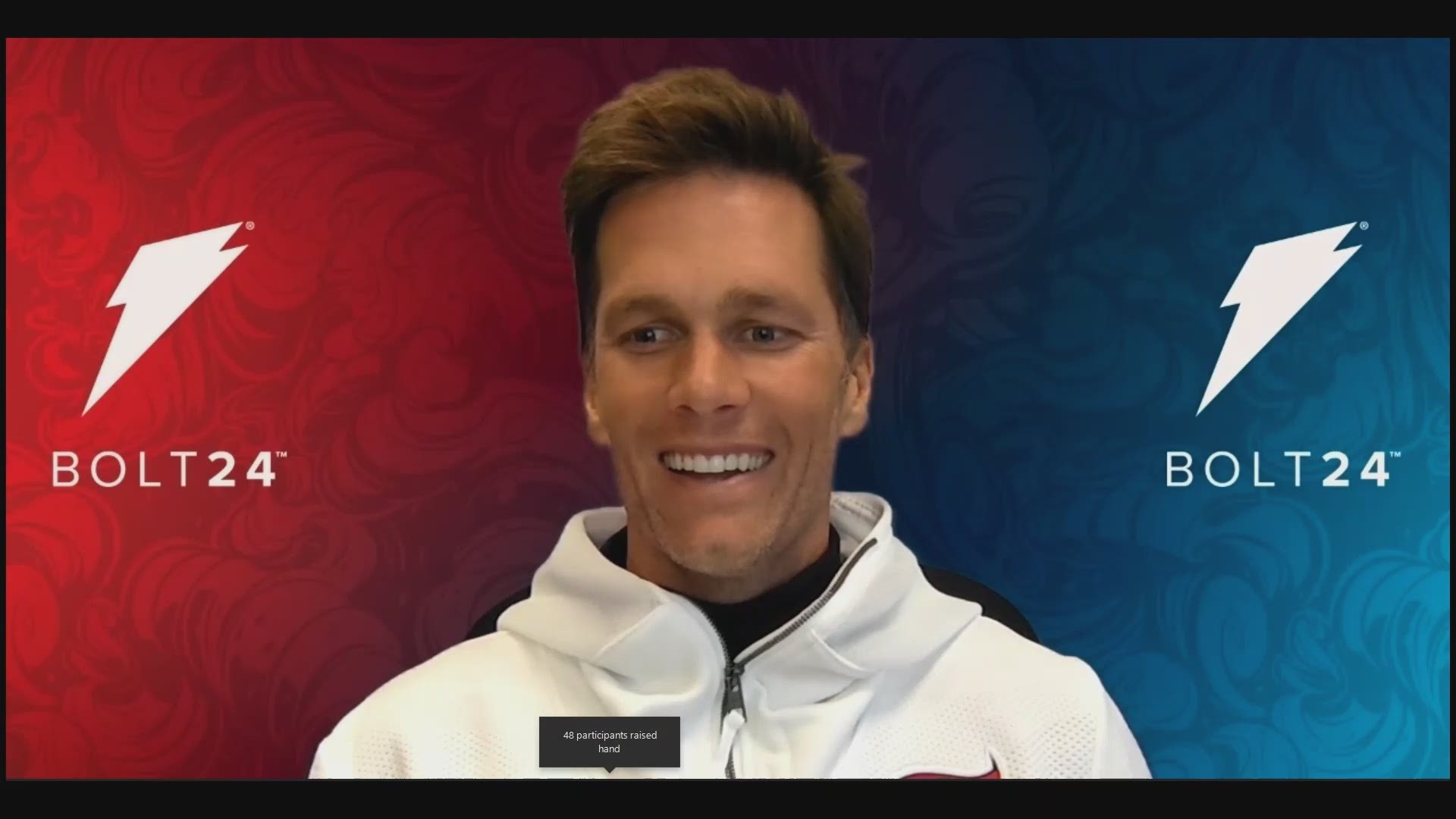 TAMPA, Fla — Tom Brady keeps raising the bar about how long he could keep playing quarterback in the NFL.

As 43-year-old Brady prepares for his record 10th Super Bowl and first since joining Tampa Bay this past offseason, he said he’s already considering surpassing his previous goal and playing beyond age 45.

“Yes definitely. I would definitely consider that,” Brady said Monday in his first news conference of Super Bowl week.

“It’s a physical sport. Just the perspective I have on that is, you never know kind of when that moment is, just because it’s a contact sport. There’s a lot of training that goes into it. It has to be 100% commitment from myself to keep doing it.”

Brady still has that commitment, working closely with longtime trainer Alex Guerrero on workouts, diets and other preparation that has allowed Brady to thrive at an age when most of his peers are long retired.

He has 10 Super Bowl trips, six titles, three MVPs, the most TD passes in regular-season history (581) and the possibility of passing Drew Brees next season for the most yards passing ever if Brees retires as expected this offseason.

He has more than doubled the output of any other quarterback after age 40, with Brees next on the list with 6,777 yards and 57 TDs.

The Bucs quarterback is also staring down several record-breaking opportunities come Super Bowl Sunday from being the first to win the big game across three decades to leading the charge for the first team to win a Super Bowl at home.

And his regular-season boasted big numbers as Brady broke through some team records while throwing 40 touchdown passes with the Buccaneers and accumulating 4,633 passing yards.

It’s an impressive feat for a player who entered the league as a sixth-round pick in 2000 hoping just to stick around for a few years.

“I wouldn’t say 20 years ago, I thought, ‘Man, I’ll be sitting here at 43 playing pro football.’ That would be not the truth if I told you that,” Brady said. “I started thinking I’d love to play pro football and get the opportunity to do it. I’m going to do it as best I possibly can."

Brady thanked his family for making sacrifices that allowed him to focus on football, as well as his teammates and coaches for the help they provided on the field.

You can catch the G.O.A.T as he goes after his 7th Super Bowl ring on Feb. 7 as CBS broadcasts the game, which you can watch locally on 10 Tampa Bay.