New Orleans Saints have to beat Tom Brady, Bucs 3 times in one year

The Saints had to beat the Bears and they did without drama, but it gets much tougher now. 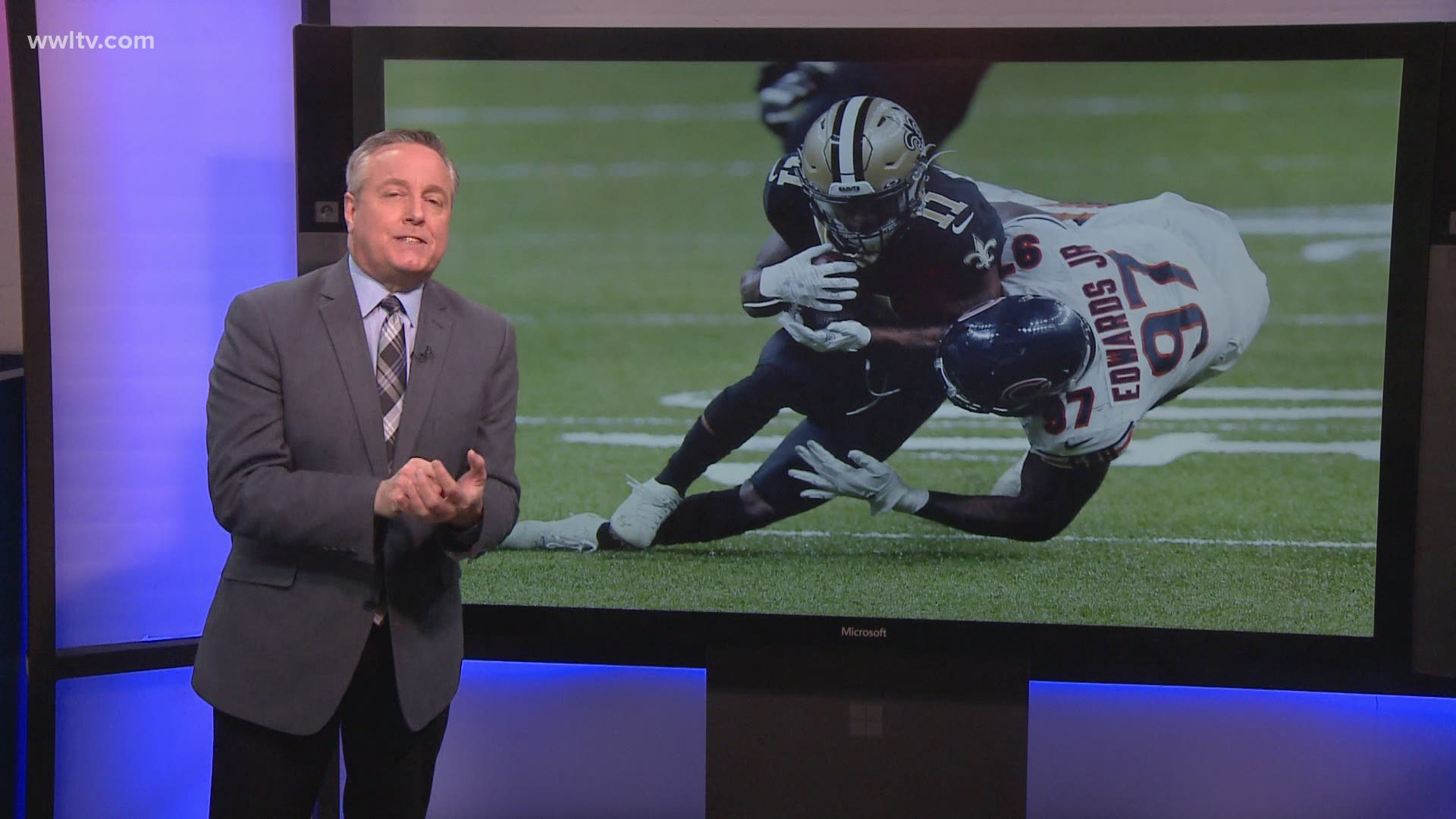 Of course, the Saints are 2 and 0 against the Bucs this season and you always hear it's hard to beat a team three times but the Saints have actually been in this position one time before.

Three years ago in the 2017 wildcard round, they faced Cam Newton and the Carolina Panthers for the third time that season.

The Saints had won both regular-season games and in the wildcard game, Zach Line's touchdown put New Orleans ahead 21 to 6.

The Panthers stormed back, but when it was over Mike Thomas was flexing and the Saints won by five and they beat the Panthers three times that season.

Sunday night on Fourth Down on Four, Ricardo said a good thing, the Saints didn't get the bye, and he's right.

It took a half for the offense to get used to each other again, against a better team it might have been a bigger problem.

In the end, the offensive numbers were solid.

The highlights, 11 of 17 on third down, that's just about 65 percent over the course of the regular season no team was over 50 percent.

In the second half, the Saints found a rhythm.

They held the ball for more than 21 and a half minutes, they didn't give the Bears a chance to rally.

The offensive star turned out to be Deonte Harris.

One of the four takeaways from training camp was the Saints worked Harris into the offense a ton in camp but he's been hurt a bunch this season.

He’s only played in nine games all year but now he is healthy and off injured reserve.

He put up big numbers on Sunday.

That's the most targets, catches and yards of any game in his two-year career.

With defenses now having to concentrate on Alvin Kamara and Mike Thomas first then Jared Cook and Emmanuel Sanders second, Deonte Harris's speed, makes him a perfect complementary piece.

The biggest positive, the Saints defense is Super Bowl-caliber.

Chicago's only real hope to win was to run the ball effectively.

David Montgomery is a really good player he was top five in the NFL in yards after contact, but Sunday, Montgomery ran it 12 times for 31 yards as a team.

The Bears rushed 19 times for 48 yards plus the Saints held Chicago to 1 for 10 on third down.

If your defense did this every week over the course of a season you'd be 15 and 1 at the worst.

But at number one and not trying to douse the excitement of a playoff win, but they beat the Bears.

They were 8 and 8, maybe the weakest of the 14 NFL playoff teams.

The Saints won the tune-up game but the intensity goes up a bunch this Sunday.

The Saints had to beat the Bears and they did without drama, but it gets much tougher now and that's the number one takeaway from the wildcard win.

RELATED: Slime, Spongebob and 'All That': What the NFL playoffs look like on Nickelodeon