Betting on a Saints win? Here's what some sportswriters say

The Giants did just lose their middle linebacker for the season, so Saints running back Alvin Kamara might have some more room to play with. 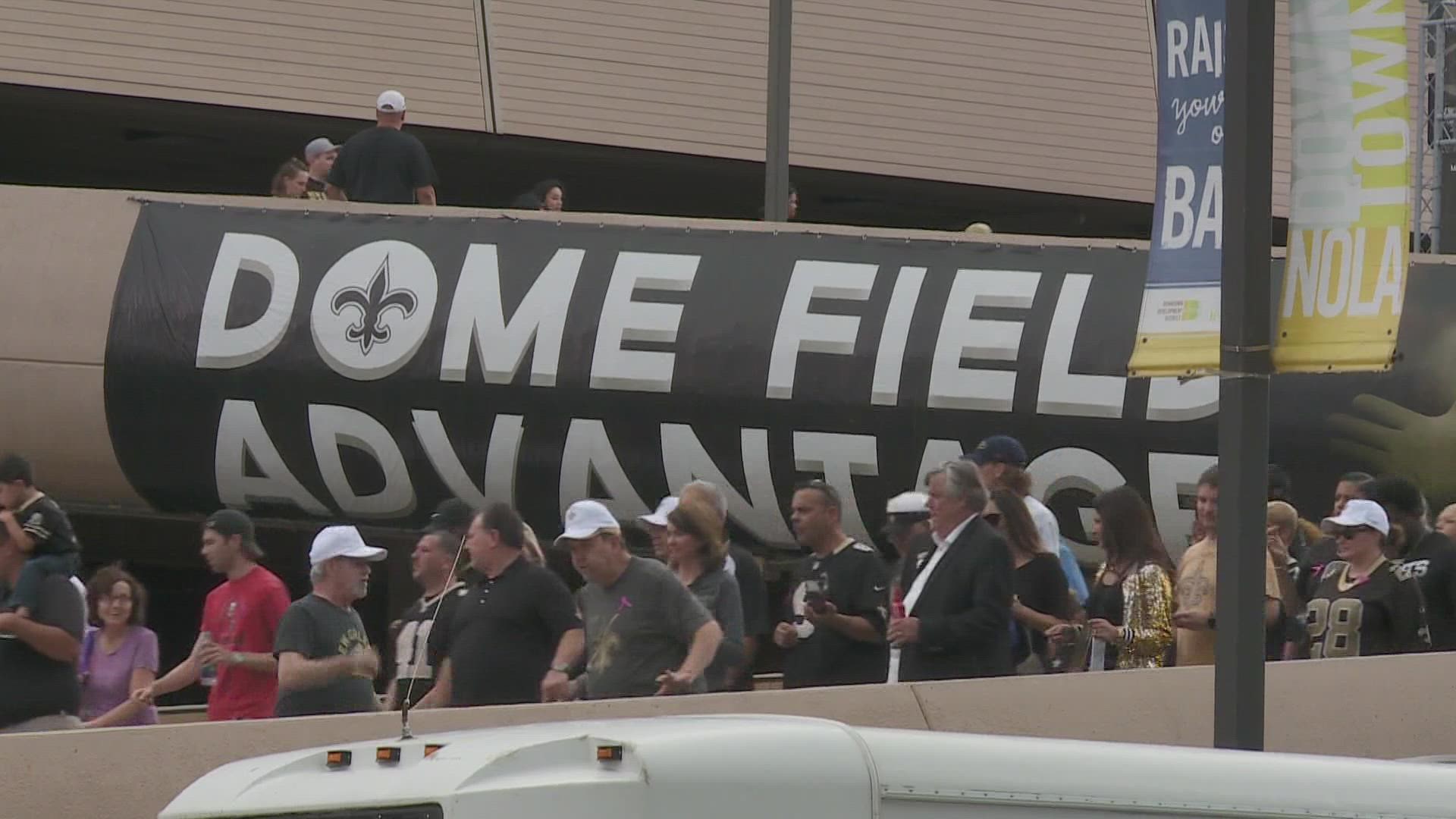 NEW ORLEANS — The New Orleans Saints (2–1) will host the New York Giants (0–3) at the Caesars Superdome on Sunday, marking the first game for New Orleans at the Superdome since Hurricane Ida.

The kickoff is at noon, New Orleans time. Here's a look at the odds from few news outlets.

USAToday predicts the Saints will beat the Giants 30-16

The Giants will be missing wide receivers Sterling Shepard and Darius Slayton, who are both out with hamstring injuries. Ben Bredeson, Giants guard, will also be out with a hand injury.

Giants defensive backs Kelon Crossen & Nate Ebener are both questionable due to injuries to the elbow and quadriceps, respectively. Tight end Kaden Smith is questionable because of concerns about a knee injury.

Linebacker Tae Crowder is also questionable with a hamstring injury.

For the Saints, offensive tackle Terron Armstead and offensive lineman Erik McCoy are both out with an elbow and calf injury, respectively.

According to CBSSports.com, despite an impressive win over the Patriots in Week 3, there are still plenty of holes in the New Orleans roster that could use work.

The Saints are allowing the third-fewest points per game throughout the first three weeks of the season and just 304 yards of total offense per game —sixth-best in the NFL.

The offense, on the other hand, has been getting only 234 yards per game — 31st in the league.

The Giants did just lose their middle linebacker for the season, so Saints running back Alvin Kamara might have some more room to play with.

Quarterbacks playing against the Giants so far this season have all thrown for multiple touchdowns, so Jameis Winston is expected to do so as well.

According to Foxsports.com, 77% of bets wagered are for a Saints win at home Sunday by at least 7 points.