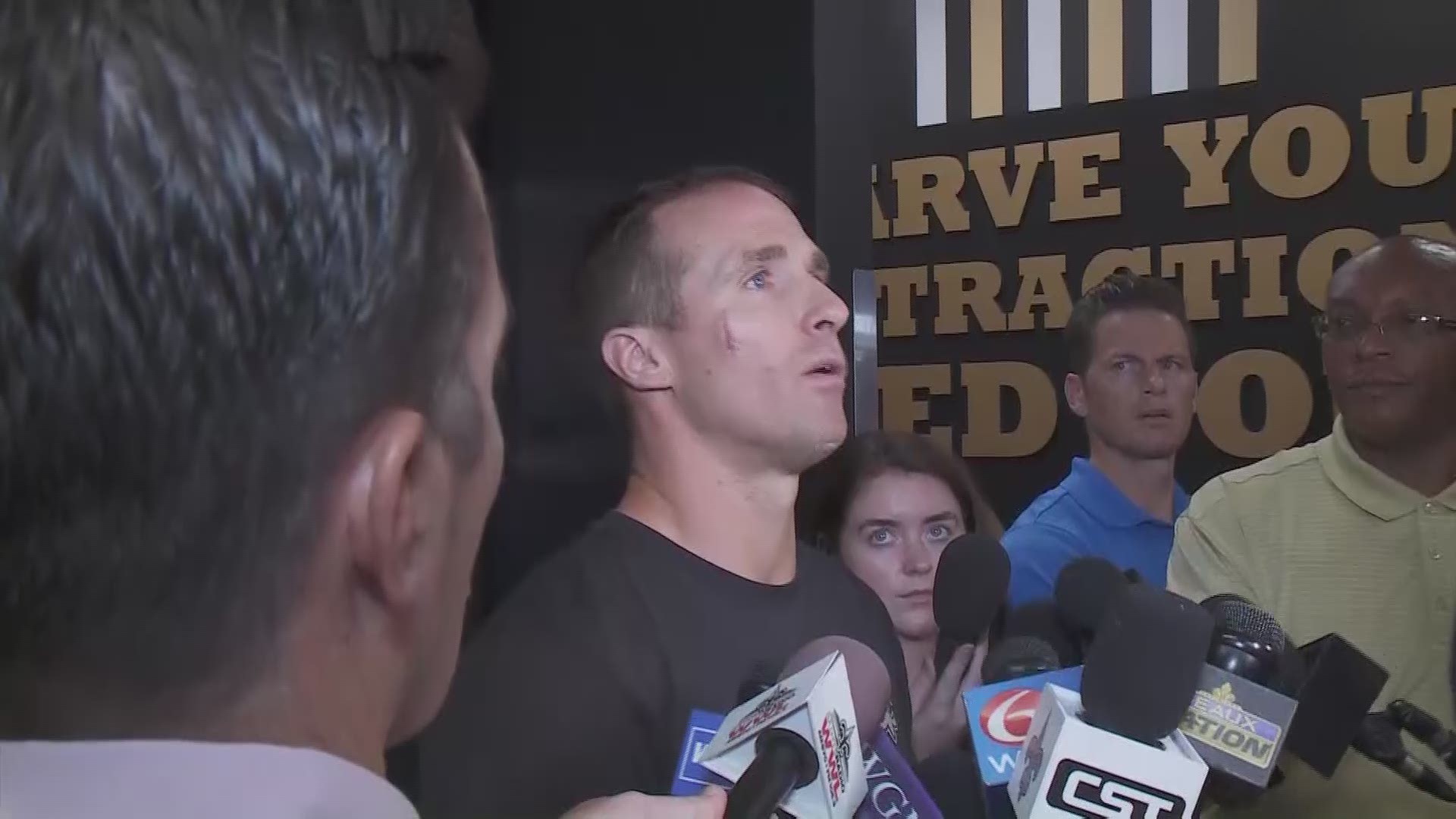 METAIRIE, La. — Saints quarterback Drew Brees says he was not aware when he shot a video promoting Take Your Bible to School Day that the organization behind it was known for its anti-LGBTQ stance or discrimination of any kind.

Brees earlier Instagrammed and tweeted a response to recent articles that highlighted a video he made to promote ‘Take Your Bible to School Day,’ a 20-second video that was featured by Focus on the Family, a Christian group with a record of opposition to gay sexual orientation.

Brees talks about his favorite Bible verse in the video and talks about children embracing the day, which is October 3.

The video was posted by Focus on the Family, a group that is known for its opposition to LGBTQ people and issues supported by the LGBTQ community and its allies. Focus on the Family is also known for promoting the practice of "conversion therapy," a practice whereby gay people are urged to convert to a more Christian way of life and away from being gay through classes and training. The practice has been discredited by the American Psychiatric Association.

Brees said he felt that the coverage of his video and the associated headlines were not fair and "not representative of what the video was about."

Brees said Thursday after practice, and in the Instagram video, that he supports everyone.

"The only thing I was promoting was Bring Your Bible to School Day," he said.

Brees has never made a secret of his religious faith, and he has also appeared in anti-bullying videos and promotions.

"Let's let my actions speak louder than any of my words," he said.

Brees’ did an Instagram video Thursday in which he said the following:

“There’s been a lot of negativity spread about me in the LGBTQ community recently based upon an article that someone wrote with a very negative headline, that I think led people to believe that somehow I was aligned with an organization that was anti-LGBTQ and so on and so forth.

I’d like to set the record straight. I live by two very simple Christian fundamentals – and that  is Love the Lord with all your heart, mind and soul and love your neighbor as yourself. I think the first is very self-explanatory, the second one, Love Your Neighbor as Yourself, what does that mean? That means love all, respect all and accept all so that is actually how I live my life. That is what I try to do with my family, with my teammates, with the people in my community, with my friends – all people, no matter your race, your color, your religious preference, your sexual orientation, your political beliefs, it doesn't matter.

The fact that these rumors have been spread about me are completely untrue.

What I did, is I filmed a video recently that was encouraging kids to bring their Bibles to school for National Bring Your Bible to School Day. To be able to live out your faith with confidence and I even gave one of my favorite Bible verses. It was as simple as that, so I'm not sure why the negativity spread or why people tried to rope me into certain negativity. I do not support any groups that discriminate or that have their own agendas that are trying to promote inequality. So, hopefully that will set the record straight and we can all move on, because that's not what I stand for. Have a good day."

Brees did not specifically address Focus on the Family or its stances on the LGBT community.