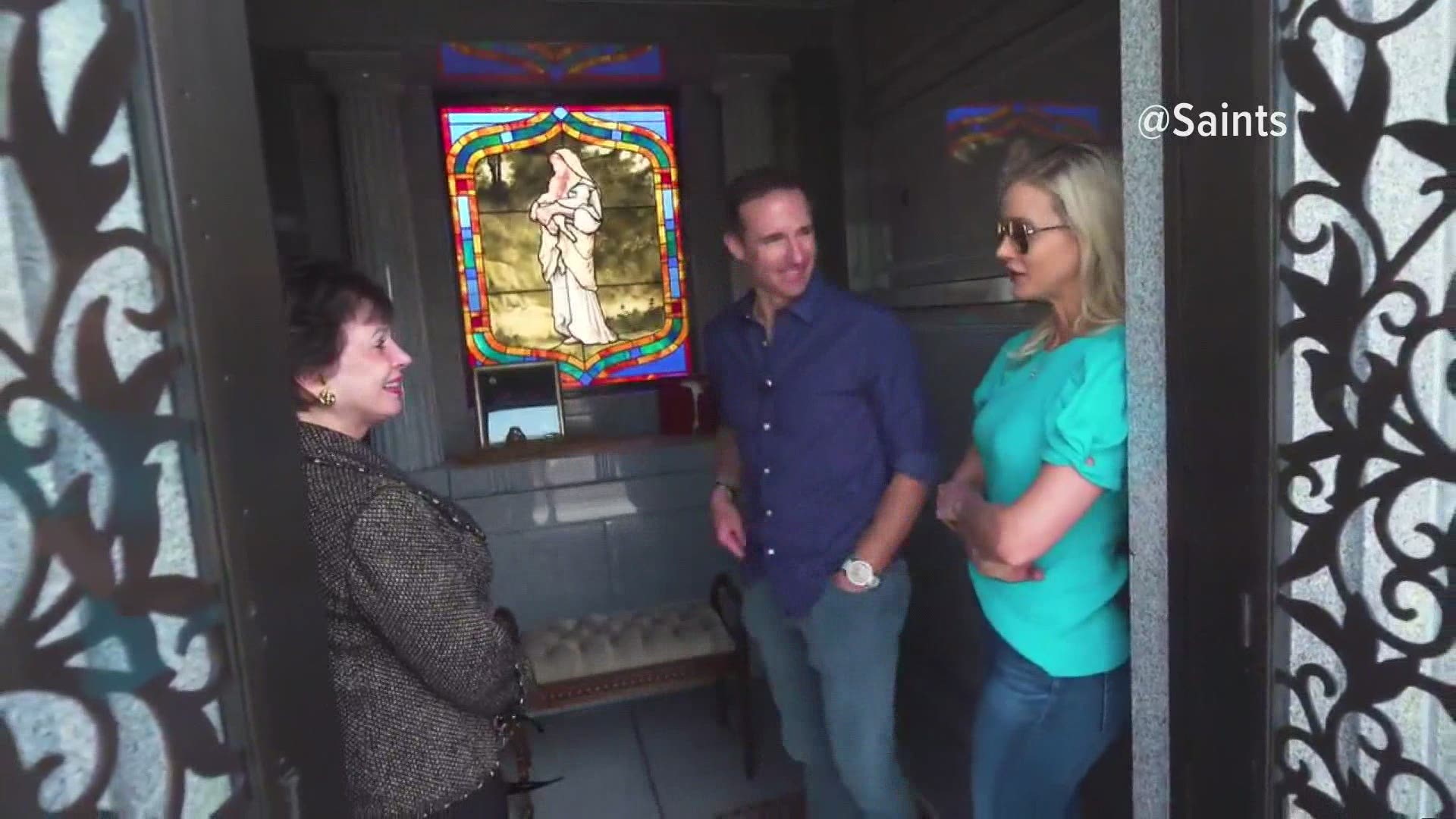 Drew, Brittany Brees and Gayle Benson joined hands and prayed at the gravesite to mark the third anniversary of Tom Benson's death.

While there, the trio looked back on some of the "grandfatherly" advice Tom Benson gave them. One piece in particularly stood out this week.

On his first day of retirement, @DrewBrees and his wife Brittany visited some places with special meaning for them around the city, including Tom Benson's gravesite.

Mrs. Benson joined them on the visit.

Brees announced his retirement on Sunday, March 14, after 15 years with the Saints.

He leaves behind a 20-year, Hall of Fame legacy, and will likely go down in NFL history as one of football's all-time greats.

He isn't done with football though. Brees is joining NBC Sports as a studio analyst for Football Night in America, and as a game analyst for NBC's coverage of Notre Dame football.