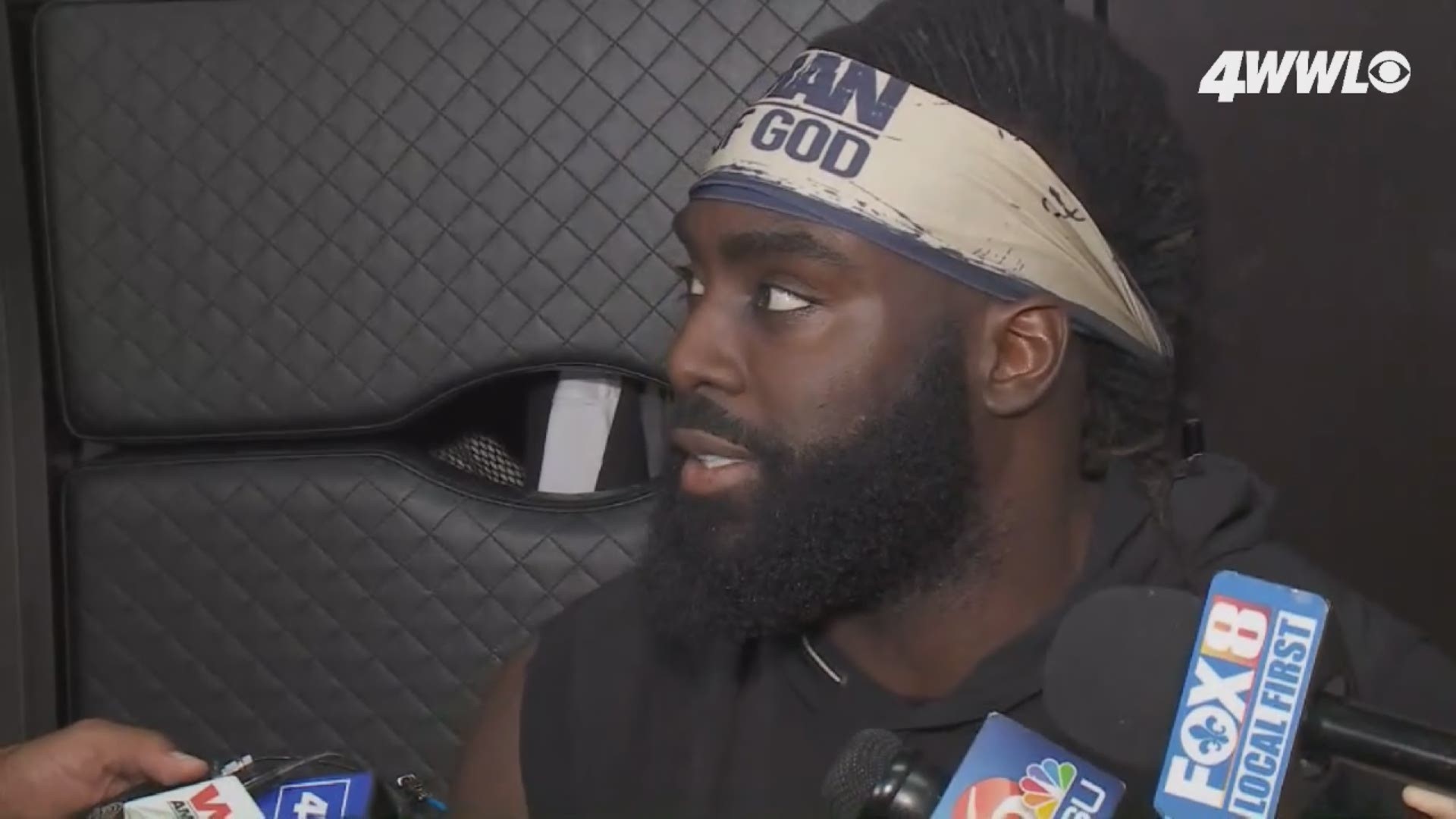 NEW ORLEANS — Saints linebacker Demario Davis says being fined for wearing his "Man of God" headband helped his cause in the long run.

Davis says he'd worn the headband expressing his faith for several games before the NFL took note of the uniform violation and fined him about $7,000.

The New Orleans defensive captain was able to successfully appeal the fine by arguing that he was not aware that expressing his faith in that way violated NFL policies against using uniforms to convey personal messages on game day.

The linebacker also emphasized that he intended to sell the headbands to raise money for a hospital in his home state of Mississippi that needs emergency room upgrades and he agreed not to wear it again during games.