Forecast: Brees, Saints fans deserved better ending but it's been a fantastic ride

Drew Brees changed everything about the Saints. No matter what, every Sunday was special because the Saints had Brees and no matter the odds, victory was possible. 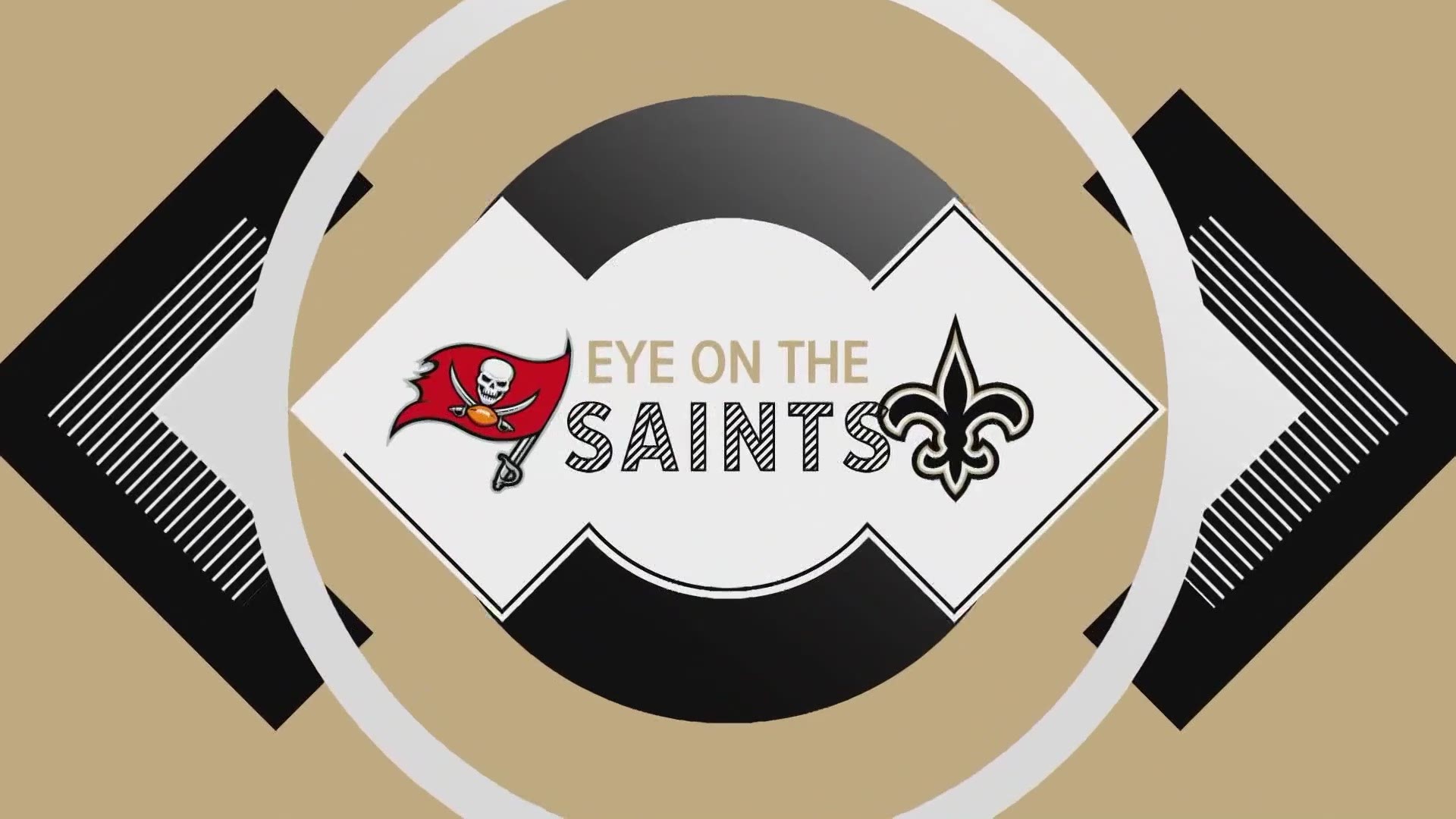 NEW ORLEANS — Drew Brees and New Orleans Saints fans deserved a better ending, but as Clint Eastwood said in Unforgiven, “Deserves got nothing to do with it.”

The New Orleans Saints lost 30-20 to the Tampa Bay Buccaneers because they picked the worst day to have their worst game and Drew Brees' career ends in tears. I watched the last four minutes with my five-year-old son in my arms crying his eyes out. You aren't really a Saints fan until you bawl your eyes out after a playoff loss. So Max, kid, you are officially a Saints fan now.

If you told me Sunday morning the Saints would have four turnovers and Tampa would have none, I'd have watched an old James Bond movie instead. Four turnovers in a playoff game is as hopeless as a tourist believing they won't vomit after their 4th hurricane at Pat O'Brien's. It always ends badly. Always.

The Saints offense looked a lot like it did against the Chicago Bears; constrained and outmatched against playoff-caliber defenses. The fact Drew can only throw the ball short to medium distance in any direction limits the Saints offense badly. But they've won 49 games the last four seasons that way as long as they don't turn the ball over. In their last two playoff losses they committed six turnovers. Sometimes losses aren't complicated.

"Take all the emotion out of it, you turn the ball over four times and they don't turn it over, it's not a winning formula," said running back Alvin Kamara. "You can't turn the ball over and expect to win, especially not against a good team."

This loss surely cuts deep for the Saints because they were - in my mind - clearly superior to the Bucs. Despite not playing well at all on offense, the Saints led in the 3rd quarter 20-13 and were driving to go up two scores when Brees hit Jared Cook for a huge third down conversion but Cook fumbled and five plays later the game was tied.

RELATED: What they're saying nationally about the Saints playoff loss, future chances

The Saints were in self-destruct mode and the only thing that stopped it was the clock hitting zero.

The pain for me wasn't that the Saints aren't going to win the Super Bowl this year, that fact was clear to me in the middle of the third quarter Sunday. The Saints offense simply wasn't good enough, but I wanted Drew's final home game ever in the Superdome to end in happiness. I wanted one more week.

It's been an amazing 15 years hasn't it? It went from the lowest lows before Drew arrived after Katrina, to the mountain top of the Super Bowl in 2009, to the doldrums of three straight 7-9 seasons, to his final act where he reinvented himself as the most accurate quarterback in NFL history, who leaned on a rebuilt defense and running game to win.

I'll always believe Drew wanted to retire after 2018. That was supposed to be his final crowning moment. The most complete Saints team in history, raising a Lombardi trophy in Atlanta, and Drew saying goodbye from the pinnacle. It was ripped away and stolen by referee incompetence and a confluence of a half a dozen other little things.

So Drew came back and chased that second ring for himself, for his team, and for us. Starting in 2019 his body started to break down as Father Time proved again he's undefeated in all things. Drew didn't have regrets about any of it Sunday.

"No complaints. No regrets. Man, I've always tried to play this game with a great respect and a great reverence for it. And I appreciate all that this game has given to me. I'd say this season, I probably had to fight through more than I've ever had to in any other season in my career -- from injury to all the COVID stuff to just crazy circumstances. And it was worth every moment of it. Absolutely.”

Drew Brees changed everything about the Saints. He changed our mindset from hoping to win, to expecting to win. No matter what, every Sunday in the Fall was suddenly special because the Saints had Drew Brees and no matter the odds, victory was possible and since 2017, likely.

Even as the Saints fell behind 23-20 I still believed Drew could conjure up some of that old Superdome magic and pull out one last win. He'd hit Tre'Quan Smith for a third touchdown or hit Alvin Kamara in stride. It wasn't to be. The football gods decided Drew was all out of magic.

The thing about these last 15 years that makes me know it was greatest sports experience of our lives is if you asked me to relive it again with all the highs of Drew's Super Bowl MVP , the lows of the 'No Call', the unspeakably bad defense and bounty gate craziness, I'd say yes without thinking twice.

Endings are hard, especially when they aren't the ones we want.