The Saints made every play, got every call and humiliated the Packers so badly, they pulled Aaron Rogers in the fourth quarter during the worst loss of his career. 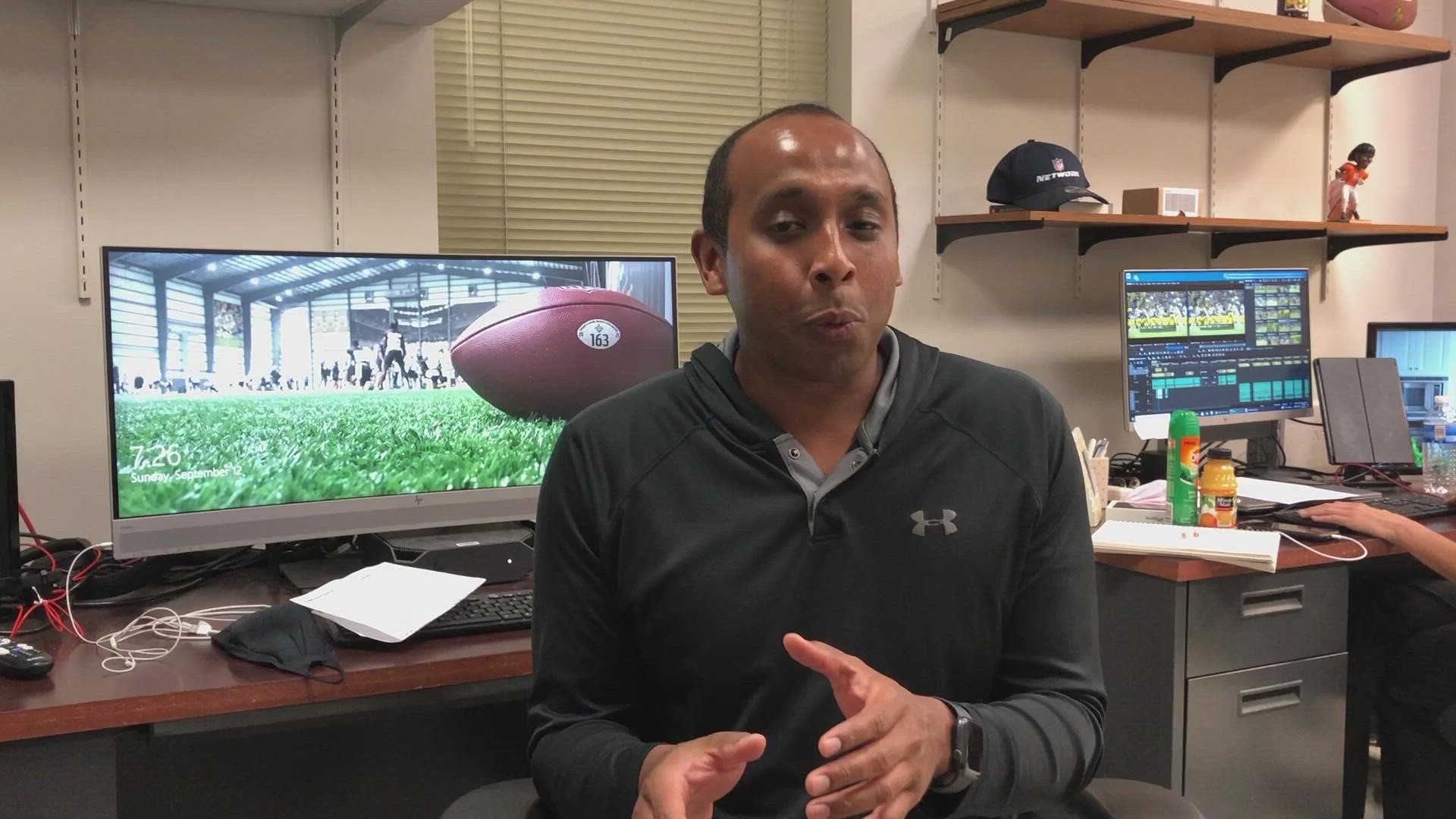 NEW ORLEANS — It was the greatest New Orleans Saints season opener of our entire lives. The Saints did unspeakable things to the Green Bay Packers; The Saints made every play, got every call and humiliated the Packers so completely, Green Bay pulled Aaron Rogers in the fourth quarter during the worst loss of his career, to put the cherry on top of the Saints 38-3 opening win.

Louisiana has been through so much with Hurricane Ida that watching the Saints massacre the Packers felt so good in the way only ‘sports as an escape from real life’ can. You know it's the Saints day when the officials miss Demario Davis holding on a Paulson Adebo interception and then give the Saints a gift roughing the passer call on a fourth down Jameis Winston interception. As fun as a Saints Sunday can get.

Where should we begin? On the line of scrimmage where every football game for the past 100 years has been won and lost. The Saints dominated both sides of the line of scrimmage so thoroughly that on one of his pass attempts I think Jameis watched the entire TV series ‘The Sopranos’ from start to finish.

Tony Soprano would have loved how the Saints ruthlessly dispatched with their enemy Sunday. The Saints became the first team to have back-to-back touchdown drives of at least 15 plays in the first half since the 2000 Minnesota Vikings. If you had told me Jameis Winston would have 98 yards passing going into the fourth quarter I’d have said the Saints probably haven’t scored a single point.

Instead they had already wrapped up the game while on the way to rushing for 171 yards on 39 carries. Jameis was efficient while having nearly half of his 14 completions go for touchdowns. 5 touchdown passes while completing only 14 passes is beyond belief.

The Saints lost center Eric McCoy in the first quarter and it didn’t even matter. The best offensive line in football didn’t miss a beat. Hopefully McCoy is ok and if this offense can stay healthy and get Michael Thomas back, good luck stopping them. The Saints threw around a defense like a rag doll that went 26-6 the last 2 years. What do you think they’ll do to bad teams?

Alvin Kamara was sensational during and after the game.

Alvin Kamara isn’t here for any decline for the 2021 Saints. “I’m coming in every year thinking we’re going to be the /:($.”

Kamara is a treasure.

Add the ridiculous catch Kamara made on a 3rd and 2 to the list of magical things he’s done as a Saint.

While the Saints running game was mauling the Packers, Sean Payton designed a passing attack to frustrate and confuse Green Bay. Packers coach Matt LaFleur looked like a man who had his pants pulled down after Juwan Johnson converted a screen pass on 4th and 7.

Payton had the Saints laser focused on the task in front of them Sunday and knew all the adversity they faced after Hurricane Ida was something they faced alone. “With all do respect no one really cares. When you get relocated and all those other things, those are just exit opportunities. “ In the NFL all anyone asks is “Did you win?” Reasons why are irrelevant. Sunday was one of Sean Payton's finest moments as Saints coach.

On defense the Saints incredibly looked BETTER than last year even without Trey Hendrickson, Sheldon Rankins, and Janoris Jenkins.

Rookie cornerback Paulson Adebo was incredible with an interception to begin Rogers second half death spiral and the concerns about defensive tackle ended with the Packers having only 229 total yards with just 43 coming on the ground. Kwon Alexander might be an alien -- he ruptured his Achilles less than a year ago and was flying everywhere.

Can you imagine how special this defense will be when David Onyemata returns in 5 weeks, and they plug in new corner Bradley Roby? For us it will be delightful, for the rest of the NFL…be afraid very afraid. The only negative on defense was that Marshon Lattimore injured his hand on the day he signed a nearly $98 million deal. If he's out for a while it would be huge blow to the defense.

There will probably be people in your life telling you not to get excited over the most fun Saints season opener ever, “It’s just one game and they’ll eventually break your heart” and then mumble something about how being a Saints fan always ends in sadness.

Tell them to put a sock in it. WE NEEDED THIS so badly for so many reasons. If the Saints beating a Super Bowl favorite 38-3 can’t make you believe every Saints dream you’ve ever had is possible, you need to do something else on Fall Sundays. My friends it’s the same old Saints in the BEST WAY IMAGINABLE.

RELATED: LeCompte: Almost nothing went wrong for the Saints in opener