This feels like our annual 'What in The @#^ Saints' game. 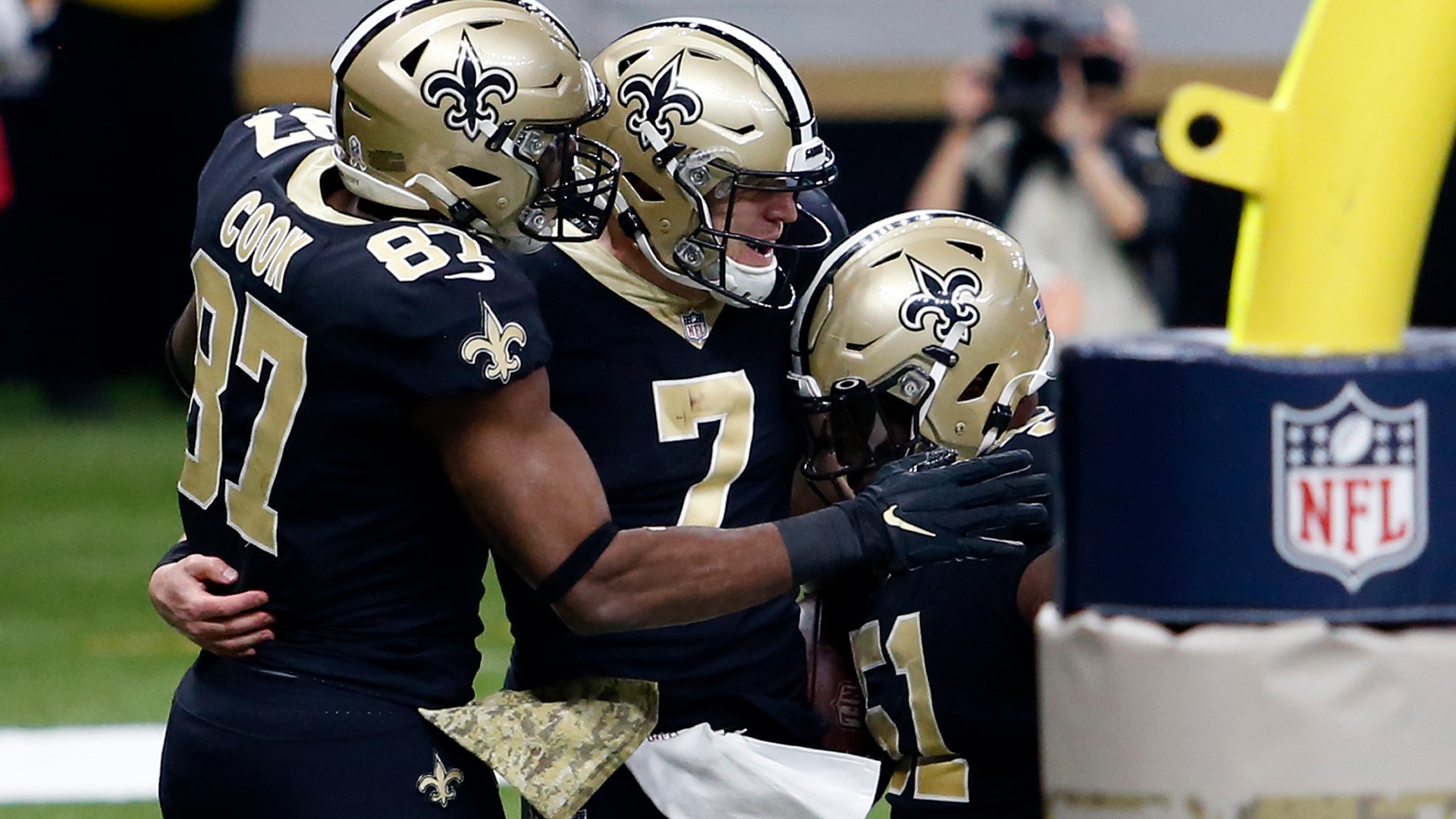 Short column this week because it's Thanksgiving. Be safe everyone and have as good a Thanksgiving as is possible in 2020.

The scenarios with Taysom seem endless don't they? He might be the Saints quarterback in 2021 and beyond, or Jameis might be starting in 2 weeks. The uncertainty is kind of fascinating though as it makes every Taysom start must see television.

We have no idea and that's really alluring...

Denver (+6.5) vs New Orleans: Did you know the Saints haven't won in Denver since 1994! Jim Everett threw for 343 yards and 3 scores and Torrance Small had the second greatest receiving day in Saints history with 6 catches for 200 yards and 2 scores.  What do you want me tell you? The 1990's were weird.

This feels like our annual 'What in The @#^ Saints' game. The Saints actually haven't played a bad game all year. They lost to the Raiders in Las Vegas but that game doesn't look nearly as the awful loss it felt like in September. The Raiders are a good team.

The Saints have delivered their best 3 games of the season consecutively and hold the #1 seed in the NFC, but if the Saints are about anything in 2020, it's about making things more difficult on themselves and then overcoming those self-created challenges.

They just beat the Miami Dolphins but only scored 20 points despite rushing for 189 yards. Drew Lock barely completed half his throws (18-30) even though every time he handed off the Broncos were gaining 5.7 yards. The Saints lead the league in rush defense now so I fully expect the Broncos to go nowhere on the ground. This game is going to get weird for no particular reason at all other than crazy things happen in that high thin Denver air.

I can make no reasonable case for the Saints to lose this game except one of these final 6 games they're going to play terrible because no team plays well every week. Call it the post-Thanksgiving hangover effect. The Taysom haters will get an early holiday gift and we'll be wondering how in the hell the Saints just lost to Drew Lock and the Broncos even though they only have like 200 yards of offense. The 2020 Saints season is going just a little too smoothly, time to hit a pot hole.

Kansas City (-3.0) at Tampa Bay: The Saints loss will feel 29% less infuriating after the Chiefs beat Tompa Bay. Or maybe it'll be MORE infuriating? I don't know, your miles may vary.

Green Bay (-8) vs Chicago: Bears GM Ryan Pace's seat is SCORCHING HOT. The Fans hate him for passing on Deshaun Watson and Patrick Mahomes. Can you blame them?

Cleveland (-7) at Jacksonville: The Browns are actually good and the Jags are still the Jags.

New York Giants (-5.5) at Cincinnati: The Giants might be the least horrible NFC East team. Shame on you Bengals, for not treating our Joe Burrow with proper care. You don't deserve him.

RELATED: 4 Takeaways from the Saints Beating the Falcons