Drew Brees continuing to play quarterback for the New Orleans Saints means our 2020 fall is more than likely to be very fun and interesting. 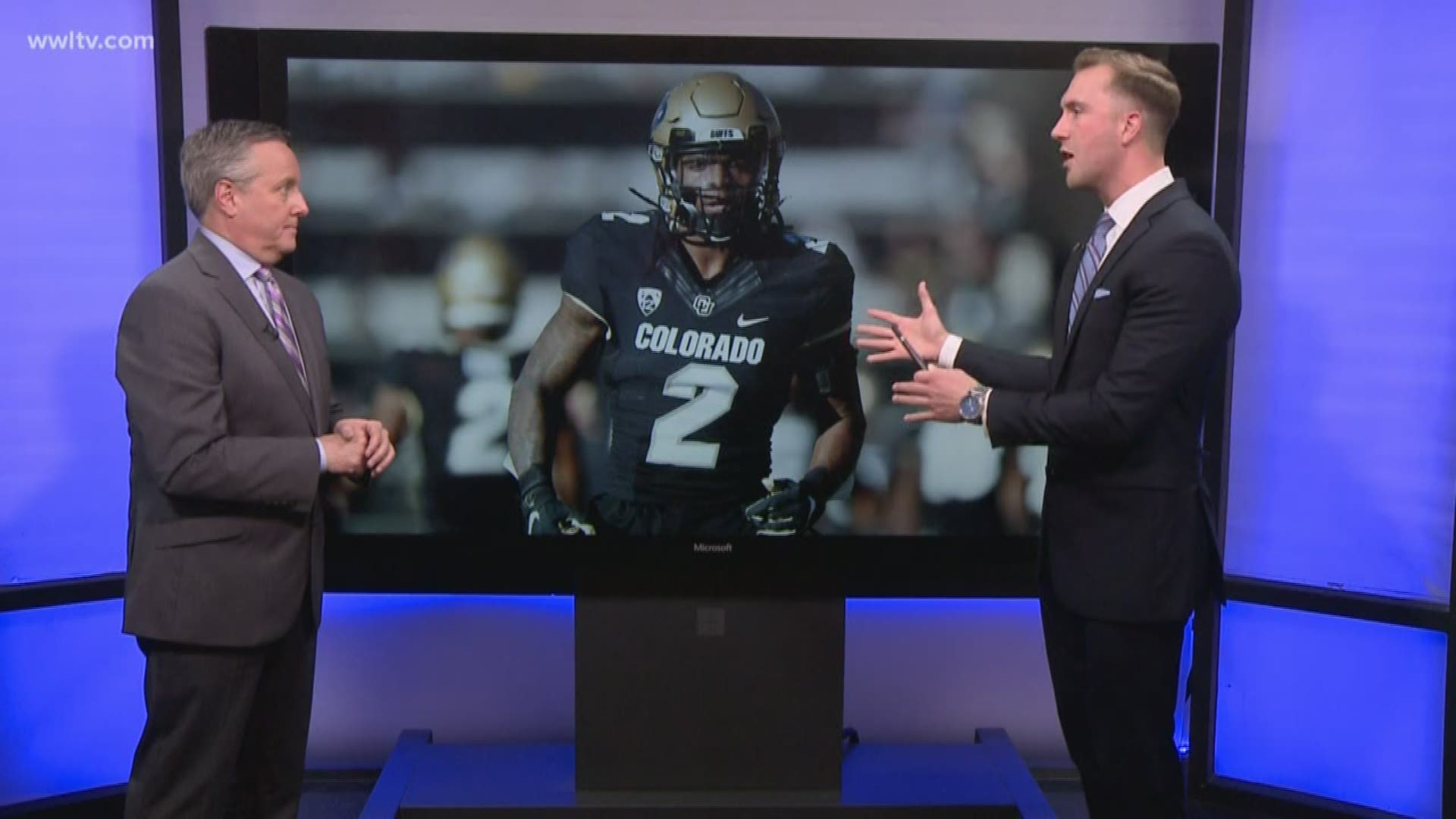 NEW ORLEANS — The most amazing thing about 41-year-old Drew Brees announcing he was going to play a 20th season in the NFL and 14th with the New Orleans Saints was how unremarkable it all felt.

The entire sports world seemed to shrug and say, “Of course Brees was coming back,” and then 10 minutes later moved on to the Houston Astros cheating scandal or back to looking at Tom Brady's Instagram for hidden messages to try and guess where Tom will play in 2020.

Drew Brees is about to become just the sixth player to throw 30 passes in a game at 41 or older. By the way, only Tom Brady has done it more than seven times. Drew Brees has been so extraordinary the last 14 years in New Orleans I wonder if a portion of Saints fans clamoring for Taysom Hill to be the Saints full time quarterback is a product of watching Brees be so good for so long we've forgotten just how hard great quarterbacking is.

There are Saints fans graduating college whose entire experience of a non-Drew Brees Saints quarterbacking is watching Teddy Bridgewater go 5-0 in 2019.

Since Drew Brees arrived in 2006, Saints fandom -- more than the valleys, the losses, and disappointments -- has been filled with hope, the hope that our grandest football dreams are possible.

I never feel older than when I'm arguing with some 25-year-old on Twitter telling me the Saints need to move on from Drew Brees because they can't win in the playoffs because Drew can't throw downfield and Taysom Hill is the future and they just want to move on to something else. Like what? Less winning?

My friend Bradley Warshauer from Black and Gold Review has the perfect explanation of Saints fans “2018 has driven us mad. Now, the longer we stay close to the Super Bowl without getting in, the crazier we're all going to get.”(click here)

The Saints have lost three straight playoff games on the final play of the game, each uniquely horrible in their own special way, and Drew Brees keeps marching forward seemingly certain the next football season will deliver the ending we all felt was stolen from us in 2018.

A better writer than me would be able to describe it as some sort of poetic football journey infused with Captain Ahab chasing his white whale whale in Moby Dick. Is Roger Goodell the whale or the officials in the NFC Championship against the Rams? I don't know. I'm just happy I get another season watching Drew Brees.

The older I get, the less I judge my Saints season enjoyment by if they win a Super Bowl or not. If I measured my Saints fandom fulfillment by Lombardi Trophies I'd have taken up hiking on fall Sundays in the late 1990s. I just want the Saints to be good, fun and interesting for 16 weeks.

If 2018 taught me anything, it's the NFL playoffs are a random, luck -filled month and the team who is the champion needs good fortune as much as skill and talent.

Drew Brees continuing to play quarterback for the New Orleans Saints means our 2020 fall is more than likely to be very fun and interesting and as an almost 44-year-old guy, that's all I really want.

Drew Brees' football mortality is rapidly approaching, just as the fantastic team the Saints have built around him has the window to win a second Super Bowl begin to slam shut. 2020 means the Saints might lose key contributors like Vonn Bell, David Onyemata, and AJ Klein, Eli Apple and others. It really does feel like now or never, doesn't it?

We all want our fairy tale ending for Drew Brees and the Saints, but knowing Drew Brees' ending, however it goes and whenever it is will be in New Orleans as a Saint, will be enough for me. That's a lie, I really really want a second Lombardi Gras.

With Drew Brees at quarterback, the last 13 years the Saints being in the Super Bowl has always felt possible in the spring. Be thankful we get that feeling one more time.