It isn't a Lombardi, but getting to say, "We watched the New Orleans Saints beat the 'Golden Boy' Tom Brady three times" to our grandkids would be pretty great. 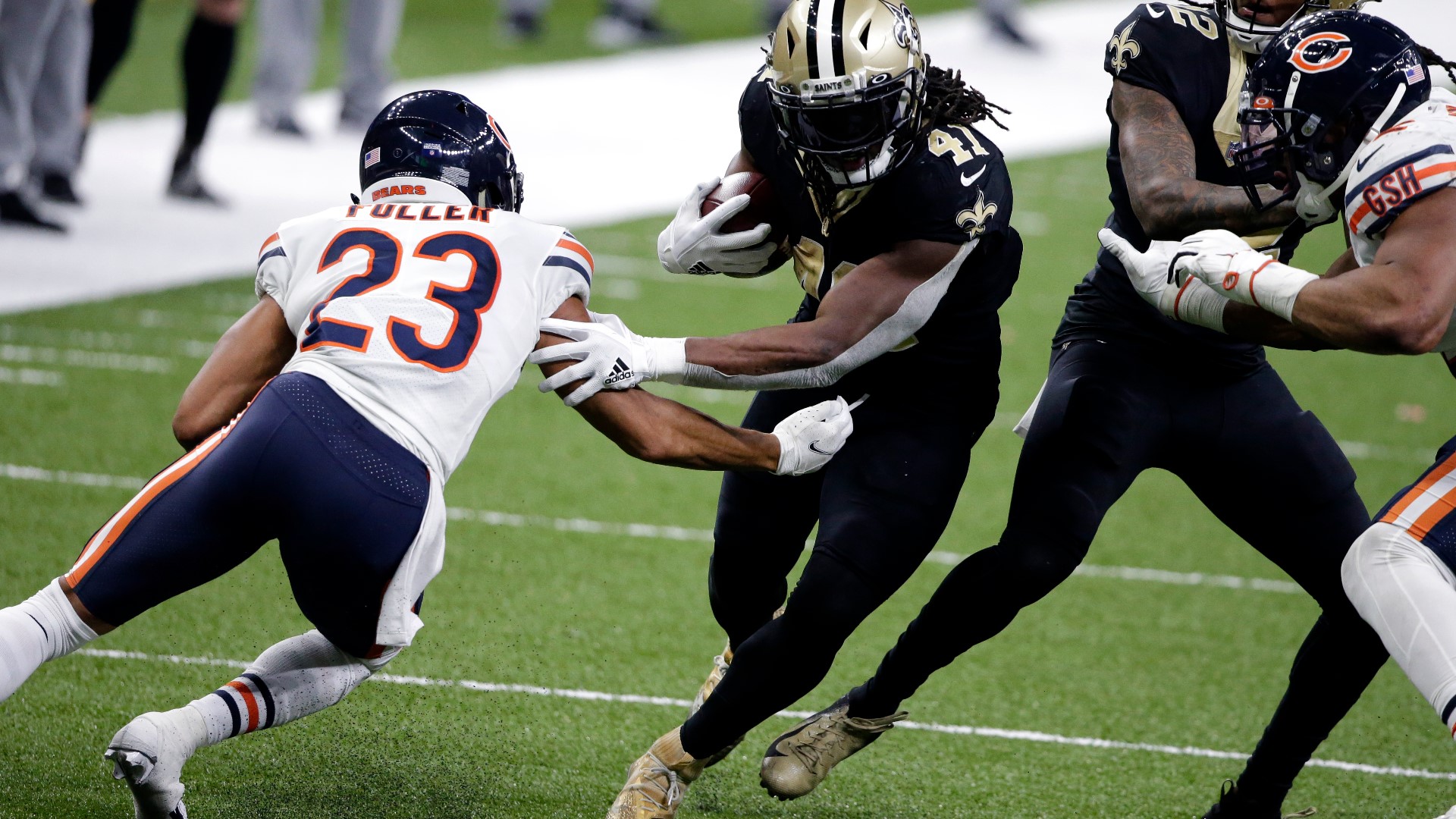 NEW ORLEANS — This week the New Orleans Saints get the chance to accomplish the rarest of things: finishing off the complete and total humiliation of Tom Brady.

If the Saints beat Brady for a third time, it will be the first time an opponent has beaten a Tom Brady quarterbacked team three times in a season. That's on top of the fact Drew Brees and the Saints delivered the worst regular-season defeat of Brady's career earlier this year with 38-3 wrecking of the Bucs in Tampa.

It isn't a Lombardi, but getting to say, "We watched the New Orleans Saints beat the 'Golden Boy' Tom Brady three times" to our grandkids would be pretty great.

Remember in the summer how all the experts said Brady and Bucs would win the NFC South? LOLZ. Hey Tom, the NFC South isn't that clown car children's division known as the AFC East you got to lord over for 2 decades.

Defeating Tom Brady a third time would be one of the coolest, most fun non-Super Bowl experience ever as a Saints fan to me. Giving the guy with the most Vince Lombardi trophies a triple scoop of failure would be delightful.

It would also be a nice record to add for Drew Brees to his long list of accomplishments. Drew Brees and the Saints are likely the only team ever to get this opportunity against Tom Brady.

Brees is almost assuredly retiring after this year and I seriously doubt any other NFC South team will get the chance to beat Brady three times in 2021. So as stressful as Drew Brees' final start in the Superdome will be Sunday, it's also a chance at history.

In a way, it's the perfect finale for Brees in Superdome. When Drew arrived, the Saints were an NFL afterthought. In his final home start, they are at the center of the football world attempting to vanquish its most celebrated quarterback.

It's been a hell of a 15 year stretch of Saints football with Drew Brees, hasn't it?

I wish we didn't have a pandemic and the Dome could be full and we could make the rafters shake during our home goodbye to Drew. I love this version of Steve Goodman's classic by Willie Nelson because even though he's singing about trains he's really singing as the City of New Orleans – how amazing we are –  and how we accomplish something amazing when the day is done.

Say don't you know me? I'm your native son

I'm the train they call the city of New Orleans

In my imagination listening to this song, the train is the Saints, Drew Brees is the conductor, and Tampa is about to learn all over again how things work down here.

Since 1990 the team that won twice during the regular season is 14-7 when those teams meet in the postseason. You don't need any reminding but the Saints humiliated Brady twice. The Saints intercepted and sacked Brady 5 times combined in both games, including an interception Janoris Jenkins returned for a touchdown.

The Saints have the exact defense that can shut down the high-powered Bucs because they have enough good defensive backs to cover Bucs receivers and a great pass rush to pressure Brady.

Maybe Tampa can design some magical game plan that blocks the Saints' defensive line, but I doubt it. Also, don't you think Chauncey Gardner-Johnson is going to complete the triple crown of getting punched and be a huge factor Sunday? If Ceedy Duce gets ANOTHER opponent ejected he deserves a statue outside the Superdome.

My biggest concern in this game is the Saints' offense and their special teams.

Wil Lutz has struggled so much since a minor injury against the 49ers, the Saints added Blair Walsh to their practice squad. Thomas Morstead is having the worst season of his career and I believe he's playing with some sort of injury. Morstead has been great for too long to just fall of a cliff like he has. Something is up. Shaky special teams is never good in playoff games. Let's just hope they aren't the deciding factor.

The offensive line struggled against the Chicago Bears and the Bucs defensive line poses as many problems as Chicago. If the Saints can protect Brees, Michael Thomas and Alvin Kamara will do business against a Tampa secondary that got lit up someone named Taylor Heinicke on the Washington Football Team. I'll admit I called him Heineken 78 times last Saturday.  If a quarterback making his second career start can throw for 300 yards against the Bucs, I'm going to predict Brees will be just fine.

My head says Sunday will be a lot closer and will be a 3 hour roller-coaster of a game. I'm not here to pick games with my head. Drew Brees is going to be brilliant in his final game in the Superdome and his last home start will be just like his first start in a Saints uniform against the Atlanta Falcons....magic that we never forgot.

We all are going to try to talk ourselves into the Rams winning so the Saints could host the NFC Championship. By 4:15 PM Saturday afternoon we'll realize that talk was nonsense.

The two hottest teams in the AFC slugging it out on a Saturday night is going to be the game of the weekend.

How could you not feel great for Browns fans watching Cleveland destroy the Steelers? It felt a lot like the 2000 Saints; happiness mixed with relief. The Chiefs have been the luckiest great team I've ever seen. They won't need luck Sunday.

Ralph Malbrough is a contributing writer and Saints fan living in Houston. Email him at saintshappyhour@gmail.com, find him on Facebook, or follow him on Twitter at @SaintsForecast or the Saints Happy Hour Podcast.