Forecast: Saints are the best in the NFL, even without Drew Brees

If we go by actual on-field victories, no team in 2019 can touch the Saints first 6 weeks 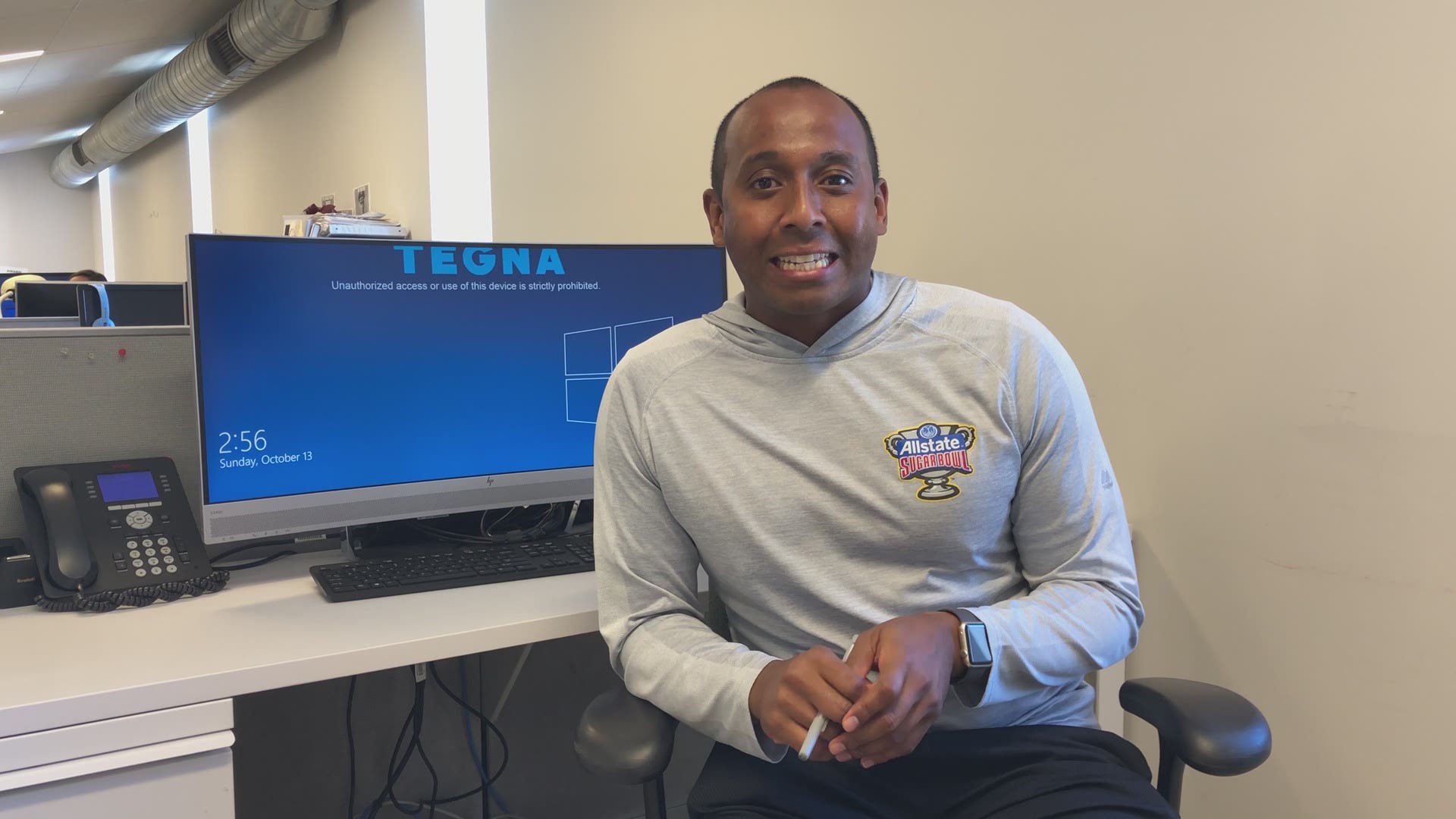 NEW ORLEANS — The New Orleans Saints are 5-1 and have won football games scoring 12 and 13 points. We have entered a world where Sean Payton is strutting like a peacock while talking about his defense after games.

“I told our defense I felt like if we had played 8 quarters they wouldn't have scored a touchdown today, honestly,” Payton said.

Sean, the next step in arrogance over your defense is breaking out a money clip during the game and celebrating by handing a roll of 100s to defensive coordinator Dennis Allen as Mike Ditka did as Saints coach in 1998. The NFL would probably fine you a billion dollars for having so much fun, and I'm not saying 100% do it Sean, just think it over.

The craziest thing is it's not even surprising when the Saints defense does this to offenses anymore because right now the Saints are the best team in the NFL, even without Drew Brees. The Patriots might be undefeated but they have yet to play anything remotely resembling an actual professional offensive team.

The Saints have beaten the first-place Houston Texans, the first-place Seattle Seahawks, and sent the Dallas Cowboys into a tailspin. The Patriots don't have any wins nearly as impressive, nor have they given America the gift of helping derail the Cowboys season. This has all been done by a Saints team without Drew Brees. If we go by actual on-field victories, no team in 2019 can touch the Saints' first 6 weeks.

The Saints beat the Jacksonville Jaguars 13-6 in a game where for the first time Teddy Bridgewater struggled at almost everything. He was tentative and missed easy throws he's been completing during his first 3 starts. Say this for Teddy, he didn't make any turnovers and the touchdown throw to Jared Cook was impressive considering how inaccurate he was most of the day.

Sunday was the first time watching Teddy Bridgewater I was really frustrated by his play. The fact Teddy doesn't take many chances and throw the ball down the field doesn't bother me as much as some people. What's hard to watch is Teddy being very cautious about throwing downfield  AND missing short easy throws. He can do one or the other and still be effective. He can't do both.

I believe Sunday was just a bad day for Teddy accuracy wise. His first 3 starts for the Saints and his career show a guy that is usually very pinpoint on short and intermediate throws.

This was the first week I really felt if Saints had Drew Brees the game is a lot different. Against Seattle and Dallas, I felt like Drew would have done about what Teddy did against those good defenses. But against the Jaguars, Brees would have hit on 1 or 2 of those easy throws Bridgewater missed and the Saints would've coasted to 27-6 or so win.

The Saints offense was stuck in neutral basically the entire first half. The Saints' first-half drives all ended in punts except for 1 field goal, and they never had a drive that had more than 8 plays. They were still tied because the Saints' defense is becoming the kind of unit that isn't only good but the kind who break an opposing offenses soul.

The Jaguars had 226 total yards of offense, which follows the Buccaneers having only 252 yards, and Dallas managing just 257. That's only 245 yards a week and that'd rank 3rd in the NFL. Yards aren't viewed as a critical stat regarding defense anymore, but you hold teams to under 275 yards of offense in 2019 you are doing something special. The Saints currently rank 11th in points allowed at 20.3.

The Saints defense has everything a great defense needs to be successful, but the key is Marshon Lattimore. In the last 3 weeks, he's reached a level where he is playing like the best corner in football and it allows the Saints to do so many cool things on defense because Lattimore makes the opposing team's number one receiver irrelevant.

While Lattimore is erasing primary receivers, the Saints' run defense continues to be the impregnable wall. Leonard Fournette came into Sunday off 2 100 yard rushing games and the Saints promptly held him to 72 yards on 20 carries. Take away his 16-yard run and the stats look almost too good to believe.

The Saints defense, if they can get some good injury luck, will be a top 5 defense by the end of 2019, and top 5 defenses can win Super Bowls with Drew Brees, even if the offense isn't great.

The Saints likely have 2 more games without Drew Brees and now Alvin Kamara is nursing an injured ankle and knee so get used to Saints football as a dental appointment type experience at least for a little longer. A dental appointment is too harsh, let's just tell ourselves Thomas Morstead punts and forcing 3 and outs are exciting or something.

Besides, we might just be in New Orleans football heaven right now. The Saints, LSU, and Tulane are a combined 16-2. I didn't even look it up to check because I know that's never happened before.

The Saints are winning with defense, LSU is winning with a historic offense, and Tulane is just winning. 2019 football is pretty great.