Forecast: The Saints know what they're doing, they've proven it for years

Are these players any good? If the last five years are any indication, the answer is yes. 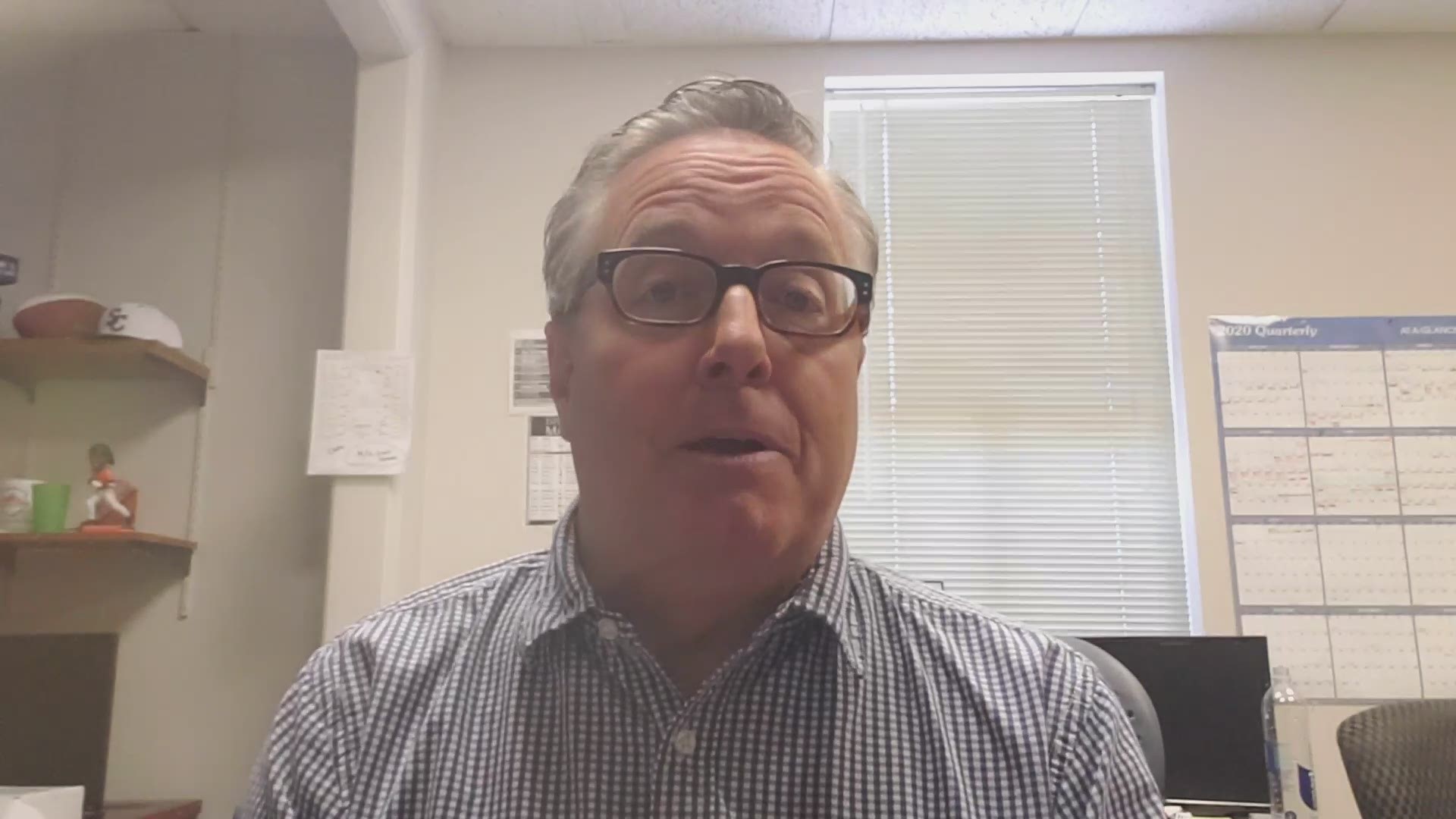 HOUSTON — On the 20th anniversary of Mike Ditka trading the entire 1999 Saints draft to select Ricky Williams, the 2020 Saints did some risky wheeling and dealing of their own.

While the rest of the NFL seems consumed with trading down and acquiring more selections because the NFL Draft is a high risk endeavor, Saints General Manager Mickey Loomis traded up 3 separate times and was so aggressive at one point I thought Loomis might be trying to clear his Saturday schedule because he was unaware Jazz Fest had been canceled.

The Saints have now traded up in the draft during the first two days five straight years. At this point trading up is a lifestyle decision for the Saints and we just need to love them for who they are.

The fact that the Saints weren’t deterred by teams being reluctant to trade back with them because their 3rd round pick was hysterical to me.

"Teams don't want to go back that far," Loomis said. "There's too much unknown in the terms of what players will be available, so you understand the reluctance."

The rest of the NFL treats the draft like a highway trip where draft picks are like exits; the more you have the safer and more options you have along the way. The Saints treat the draft like they are Evel Knievel trying to jump the fountains at Caesar's Palace in Las Vegas; we only need 1 shot at this and worrying about failure and lowering the risk is for cowards.

It's a bit of a minor miracle the Saints managed in all their dealing to only have to give up future 3rd and 6th round selections to get their preferred 2020 targets. When you factor in they will likely get a 2021 compensatory draft pick in the 3rd round in the 2021 draft because they lost more free agents than they signed this offseason the cost of getting 3 players who were in the top 40 of their rankings is basically nothing.

Are any of the players the Saints acquired this weekend any good? If the last 5 years are any indication the answer is yes. The draft analysts, stat nerds, and analytics guys hate how the Saints run their draft and are certain one of these years it's all going to wrong. The Saints are 37-11 since 2017 so doubt them at your peril.

The funny thing about the 2020 draft is the Saints started it showing uncharacteristic restraint. They didn't trade up to grab a quarterback to replace Drew Brees or a receiver to help him in 2020. Instead, they patiently waited and took center Cesar Ruiz of the University Michigan. Watching the Saints pick offensive lineman is like listening to someone tell you about their 401K and mutual fund investments; completely reasonable, sensible and smart. Also boring enough to put you to sleep in 90 seconds. Every fan wants their team to have a great offensive line, none of them want their team to use high picks to build one.

Besides egregious officiating decisions, the thing most responsible for the Saints not making a Super Bowl the last two seasons has been their offensive line. It has been completely dominated in the playoffs because of poor play and injuries. Ruiz adds depth to the interior offensive line and the Saints don't appear to have guard Larry Warford in their long-term plans, so even if Warford returns to his 2017-18 form, he’s unlikely to be a Saint come 2021.

The Saints offensive line is now seven players deep, and when your quarterback is 41, keeping the amount of hits he takes to a minimum is the most important priority you have.

The Saints staying put at 24 and then not trading into round 2 allowed Mickey Loomis to fire every bullet in his trade up gun during round 3. The Saints began the fun by trading up to pick 74 to select linebacker Zack Baun of Wisconsin. The Saints needed a linebacker and I need a 'Baun on the Bayou' t-shirt, so I hope Baun is spectacular starting day one.

Mickey Loomis, as Al Pacino said in Scent of a Woman,' was “Just getting warmed up.” Loomis traded the rest of the Saints 2020 draft picks to select tight end Adam Trautman to close round 3. This wasn't so much like Mike Ditka in 1999 as it was former Saints head coach Bum Phillips.

Bum LOVED to bundle a bunch of the Saints later round picks to select guys higher in the draft. Also Bum liked to finish up the draft early so he could hit the Fair Grounds and catch some horse racing. Can you blame him? The draft was like 50 rounds or something in the 1980s.

The Saints have the best roster in football so it's doubtful a bunch of lower-round selections were making the team. So why not just go get the tight end you really like? Jared Cook is 33 so they'll need a new tight end soon. Besides, for every good Saints 5th round pick you can name, I can name 5 bad ones. All Adam Trautman needs to do is be an average tight end and the trade will have been fine.

The Saints finished off the weekend giving us hints on what the post Drew Brees world will look like at quarterback. They traded up again to grab a quarterback from Mississippi State in Tommy Stevens during the 6th round. Stevens is a potential Taysom Hill clone, right down to the fact he was injured all the time in college.

Once the draft was over the Saints announced they signed Hill to a two-year contract and they have agreed to bring in former Tampa Bay Buccaneer quarterback Jameis Winston on a one-year deal.

The Saints gave Hill $16 million guaranteed so it's official; he gets first crack in 2021 to replace Brees. The Winston signing might feel odd because he turns the ball over a ton and the Bucs thought so much of him they signed Tom Brady, but if the Saints want Taysom Hill to be something other than the number two quarterback in 2020 they need a viable third signal caller. For Winston, even if he doesn't play at all as a Saint in 2020, just the perceived idea of learning from Brees and Payton will likely increase his value come next year.

The Saints gave us a hell of weekend of excitement when most of us are desperate for sports related entertainment, so I thank them. Loomis getting wild late on Friday night made the weekend fantastic did it not? Seeing the Saints trade up always delivers a jolt of electricity. Who do they want? How much did they give up to move up?

Saints always deliver the fun during the draft. They are trying to juggle planning a future without Drew Brees with trying to win a Super Bowl in his likely final season and they did it by trading three times, extending Taysom Hill and signing Jameis Winston. The Saints even managed to dominate the day after the draft news cycle with quarterback news.

Mickey Loomis truly cares about my needs in this trying time. As a person quarantined in my house and longing for sports stimulation I give the 2020 Saints draft experience an A+ for creating a marvelous pandemic distraction