Forecast: The Saints we were promised showed up on Sunday

A funny thing happened: the Saints team we were promised over the summer showed up. 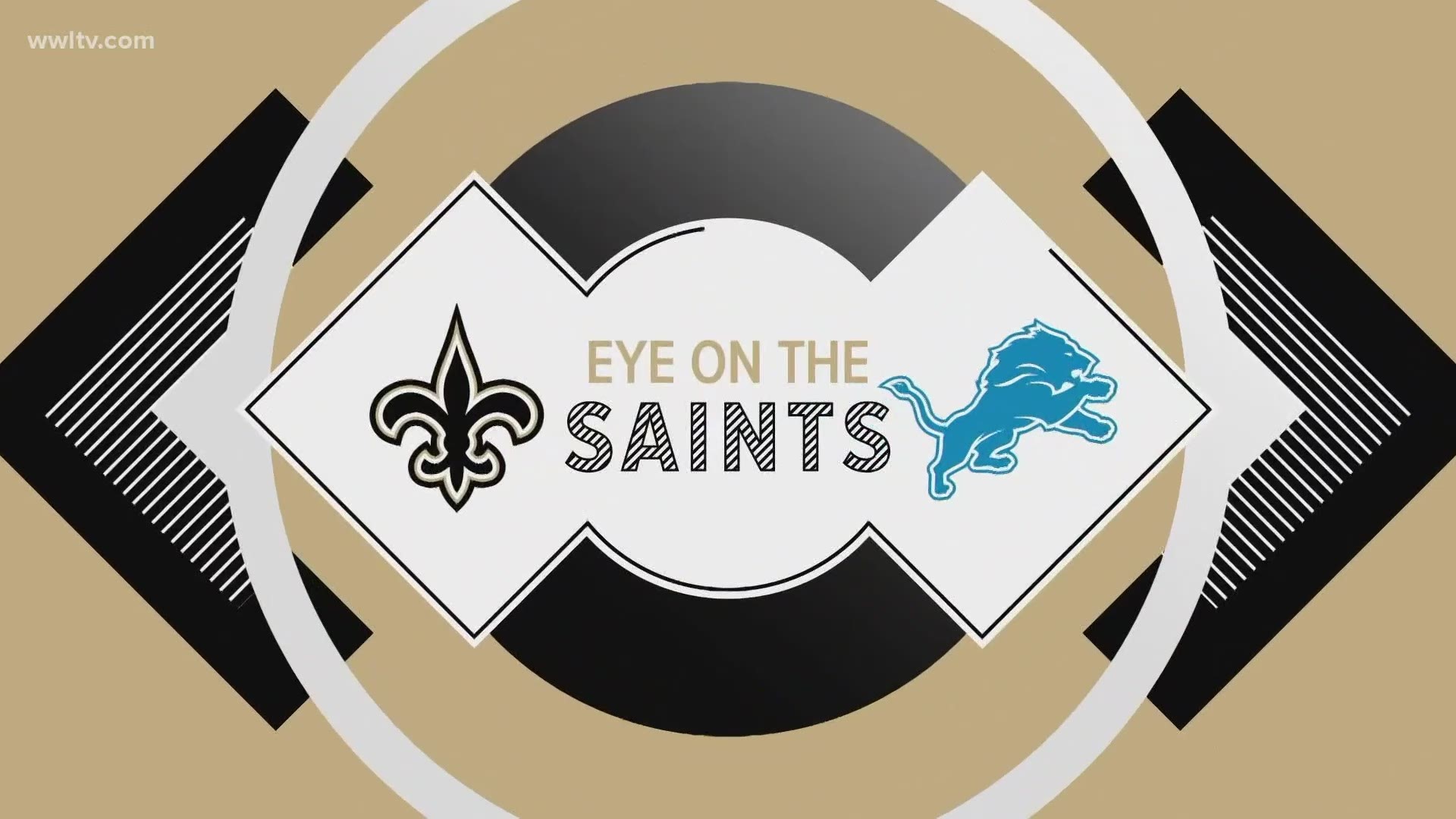 NEW ORLEANS — Some of my favorite New Orleans Saints games are when I go into them with zero expectations, and for whatever reason, and the Saints surprise me with a win.

Between Friday's injury report where the Saints ruled out 6 starters, Saturday night's false positive coronavirus scare with fullback Michael Burton forcing the running backs to stay up all night getting tested, and the Saints falling behind 14-0 before I finished my first beer, I was fully prepared for the Saints to be crushed, and their 2020 season officially to be on life support.

It's OK to admit those first 5 minutes against the Lions we all went to some dark places. For a moment I thought I had time-traveled back to 2015 and was waiting to see Rob Ryan walking up and down the Saints sideline. It was all so so terrible.

Then a funny thing happened: the Saints team we were promised over the summer showed up.

Drew Brees looked like Drew Brees. Alvin Kamara continued to be unstoppable. Emmanuel Sanders looked exactly like the receiver we all hoped he'd be when the Saints signed him in March. The defense even looked great considering they were missing 3 starters, including both starting corners.

The Saints scored touchdowns on 5 straight possessions, the defense would hold Detroit to 281 yards, and even though things got tight at the end, the Saints held on.

America is lucky Drew Brees is a nice humble guy. If I was him after the game talking to the media I would have been like, “It's a miracle I can throw the ball 5 feet right? Doubt me again. I dare you. When Michael Thomas comes back we burning THIS ENTIRE LEAGUE TO GROUND.” Then I'd have logged off of Zoom.

Brees finished 19-25 after getting a ball tipped and intercepted on his first pass. He was throwing the ball downfield with accuracy and looked like vintage Drew.

Alvin Kamara said what we all were thinking after the game, “Earlier this week a question I got about Drew, a game like this will shut up everybody, just like I said.”

Speaking of Kamara, he continued his spectacular 2020 with 119 total yards and 1 touchdown. If there are still any people out there wondering why the Saints gave him 75 million, the fourth down catch he had with the Saints trailing 14-7 explains it.

Sean Payton facing a 4th and 4 at the Lions 43-yard-line decides to go for it and lines Kamara up in the slot. Detroit sees it and puts a cornerback on Kamara. Alvin ROASTS him, Drew hits him in stride for 29 yards, and 3 plays later the game is tied.

Running backs aren't supposed to do that kids. That play is why Kamara isn't like any other running back and why he's worth every penny.

The Saints did whatever they wanted against the Lions. Latavius Murray added 64 rushing yards and 2 scores and it felt like the Saints could run the ball at will until Ryan Ramczyk left the game with a concussion. If you were wondering who the next Saints player to get a giant contract extension will be, it's Ramczyk.

No Michael Thomas for a third straight game? No problem.

Emmanuel Sanders had 6 catches for 93 yards and Tre' Quan Smith had, to me, his finest game as a Saint. He had 4 catches for 54 yards and 2 scores but his final catch late in the game was a contested-catch that helped the Saints run out the clock.

Michael Thomas has 17 yards receiving in 2020 and the Saints have still scored at least 30 points 3 out of 4 games. Yes, the Detroit Lion defense is embarrassing, but that's not our problem. Scoring is scoring.

I'm giving the defense an A+ Sunday. I might be grading on a curve but so what? The Saints didn't have Marshon Lattimore, Janoris Jenkins, or Marcus Davenport and after a rough start, the fact they delivered above-average play felt like some sort of miracle. It helped that Matthew Stafford was terrible, but ask me if I care?

Sean Payton knew how critical Sunday's game was and you could say he was delighted, proud, and maybe a bit relieved the Saints got to 2-2.

"It's just one of those games you're proud of your team," Payton said. "It's (the nature of) this game -- it'll test you from an adversity standpoint. And I think this year is gonna be that way for a lot of us.”

The Saints were staring 1-3 square in the face and Alvin Kamara was up at 3 am because of Michael Burton's false positive but he summed up what the Saints faced perfectly, "Nobody cares at the end of the day. We still gotta do what we gotta do."

I don't know about you but I really really need to look forward to Saints football on Sundays. 2020 is filled with terrible all around us and enjoying Saints football is a little oasis of joy. But the Saints at 1-3 would've been a lot less fun.

No team ever won a Super Bowl in October, but tons of teams get eliminated from winning one. The Saints are 2-2, can get healthy, fix their problems, and 2020 is still filled with possibilities. They found a way to keep our joy alive. Considering the odds they faced before kickoff, that's no small accomplishment.