The New Orleans Saints lost their second straight game to the Tennessee Titans 23-21, for a bunch of reasons. 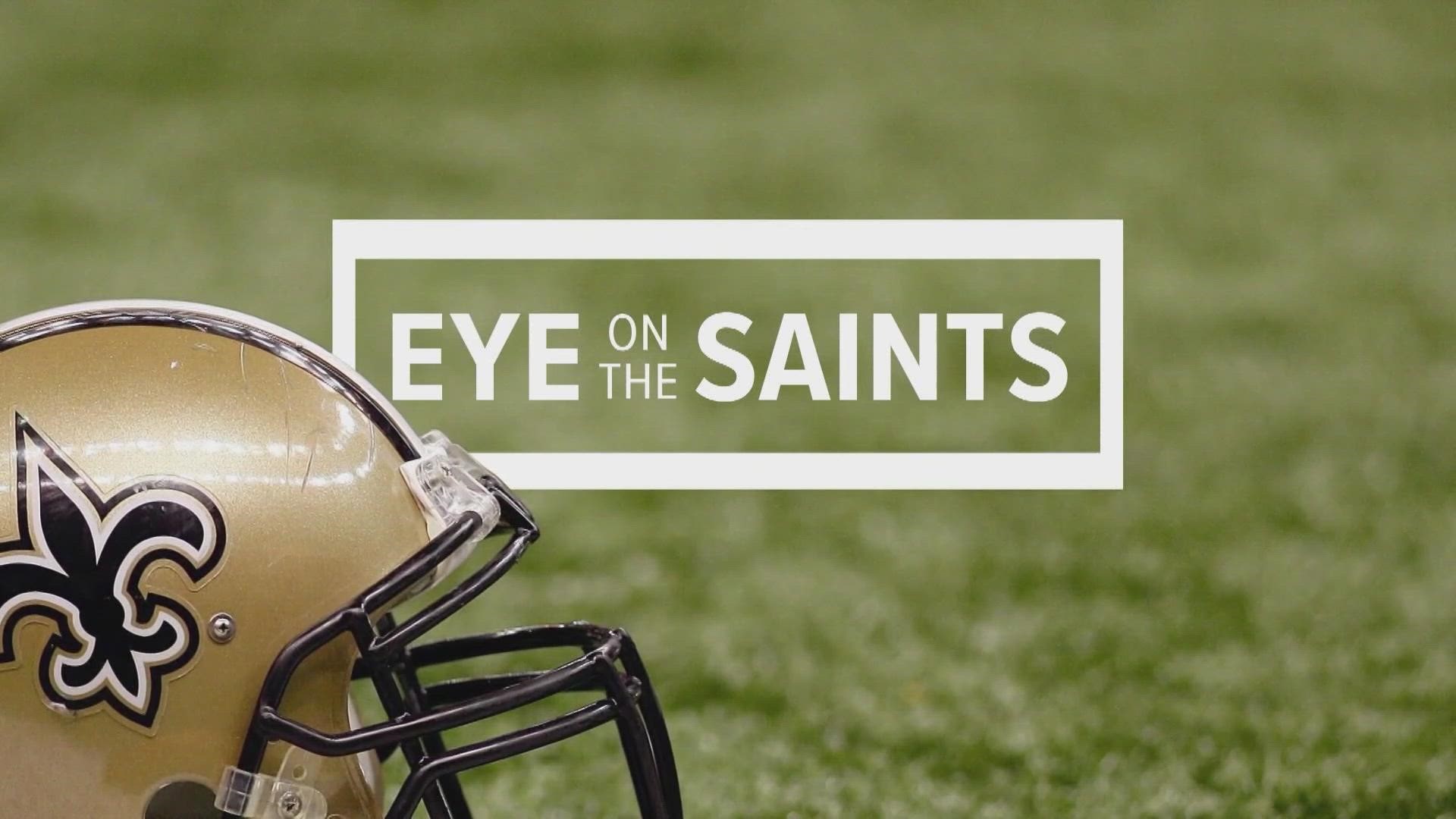 NEW ORLEANS — When I die, hopefully in like 30-40 years, I am going to have put on my tombstone “Here lies Ralph Malbrough, if not for egregious NFL officiating in Saints games, he’d have lived 10 years longer.”

The New Orleans Saints lost their second straight game to the Tennessee Titans 23-21, for a bunch of reasons; the inability to kick an extra point, stupid penalties at the worst times, but they mostly lost because of incompetent officiating.

A phantom roughing the passer gifted the Titans a go-ahead touchdown before halftime and you combine that with the Saints fumbling the second-half kickoff and somehow not converting the point after on 5 straight touchdown drives going back to last week and that's how the Saints fell to 5-4. It wouldn't be Thanksgiving without turkey, and it wouldn't be a soul-crushing Saints defeat without comically bad officiating.

Sean Payton after the game was so frustrated and angry at the officials and his team, I thought he might start breathing actual fire at the media in his post-game press conference. The man knows his team has absolutely zero margin for error and things like a false start on a game-tying 2-point conversion attempt mean devastation.

"Obviously, we look at it as coaches too, you know, start with me, but then pretty soon we start looking at who's doing it. We start evaluating who's making plays and who's not. And that just is what it is.”

I'll translate that from Sean Payton to English; the man is fed up and players are about to get benched. Poor Adam Trautman was guilty of the false start on the 2 point try and that's back-to-back weeks Trautman has made mental and physical errors.

The Saints have been unlucky the last 2 weeks in losing both games by a combined 4 points, but they've also checked every box on the 'How to lose close football games' checklist.

Disaster in the kicking game? Check.

Have receivers fail to help your backup quarterback by making some tough catches? Check.

The shame of the last 2 weeks is we all know the ridiculous number of injuries the Saints are trying to overcome. They've nearly done it and Sean Payton went on the road against the #1 team in the AFC and nearly won without his starting quarterback, the left side of his offensive line, Alvin Kamara, Michael Thomas. The Saints producing a pretty good offensive performance under the circumstances was a great coaching job by Payton.

If you told me Sunday morning the Saints would score 3 touchdowns and a field goal, I'd have felt good about their chances, and been stunned they scored so much. Mark Ingram looked like he never left. He broke the Saints career rushing record with 47 yards and a score, added 61 more receiving, and gave the offense badly needed competence for a running game missing Alvin Kamara.

While the offense was overachieving, the defense for the second straight week failed to live up to expectations. The Saints defense wasn't bad, and the disaster officiating that gifted the Titans a touchdown needs to be factored in, but they also gave up 4 passes of at least 16 yards. Pretty good defense won't get it done for the Saints in 2021. The one thing the Saints do have in 2021 is an elite run defense that's so great I want teams running the ball because any attempt to do so is futile. The Saints ability to completely smother opponents rushing attacks has allowed them to have a chance to make these comebacks the past 2 weeks. Also, the Marcus Davenport of our dreams has arrived. The last 2 games he has 3 sacks, is throwing offensive linemen around like rag dolls, and looks exactly like the guy the Saints traded up to draft in 2018.

Going into Sunday I expected the Saints to get slowly crushed like an old car in a compactor at the junkyard. I thought Alvin Kamara was the final Jenga piece -- that once removed -- would bring the offense tumbling down into a pile of rubble. Sean Payton proved me wrong, but the Saints 2021 season is now at a crossroads.

The good news is the bottom of the NFC playoff race is a pillow fight among toddlers and the 5-4 Saints despite the past 2 weeks are still in #6 spot. 9-8 is likely getting a wild card but the Saints next game in Philadelphia feels like the biggest game of the season. Win and they are 6-4 and home games against Buffalo and Dallas don’t feel so daunting. Fall to 5-5 and suddenly they could be looking into the abyss and the season could be slipping away as December arrives.