Forecast: Sean Payton is the best coach in the NFL after Week 7 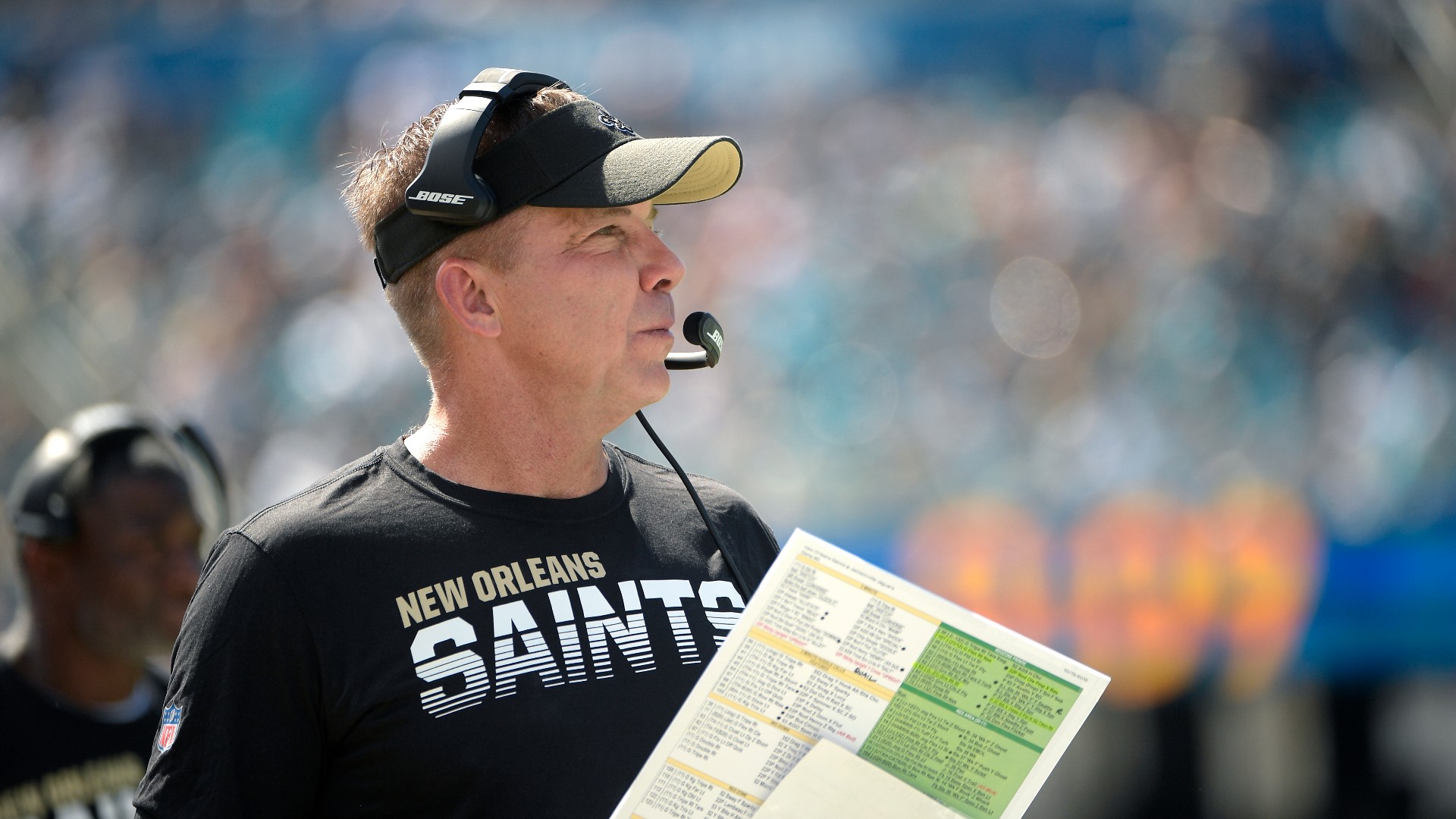 NEW ORLEANS — If you told me Sunday morning the Saints would allow a kick return for a score, miss two field goals, and have Ted Ginn Jr. drop a touchdown in the first half, I'd have told you the New Orleans Saints would be in deep trouble in Chicago against the Bears. All those things happened and the Saints still dominated the Bears and won going away 36-25.

The Saints did this without Drew Brees, Alvin Kamara, and Jared Cook. Last week I said, “If Sean Payton can conjure up a game plan that scores 2 offensive touchdowns the Saints should probably redo that extension he just signed and include a statue outside the Mercedes-Benz Superdome.”

Statue bonus: UNLOCKED. I hope the statue includes Sean's trademark smirk he flashes when he knows he just made a brilliant play call.

The Saints scored 36 and even though Payton probably won't win NFL coach of the year, If there's anyone doing as good a job as he is I'd like to see it.

Latavius Murray is just another in the long line of examples of the Saints front office knows EXACTLY what they are doing. Murray had 150 total yards and 2 scores, including 119 rushing yards on 27 carries. He looked dare I say it, almost exactly like the guy he replaced in Mark Ingram.

If Sunday was Teddy Bridgewater's last time starting a game from the New Orleans Saints in 2019 or possibly ever, he went out in style. Bridgewater was 23-38 for 281 yards and 2 scores. He completed passes to 8 different guys including 9 to Michael Thomas for 131 yards.

At this point I don't know what to say about Thomas. Going into Sunday's game Thomas had 53 catches while the rest of the Saints receivers had 21. Thomas is the only consistent receiving threat the Saints have at the moment and an elite defense like Chicago had no answer for him. Have we considered the possibility Thomas is an alien with mysterious powers from another planet who is just on earth playing football against earthlings to amuse himself? Do you have a better explanation for his dominance?

Bridgewater is 5-0 starting in 2019, about half the NFL would be lucky as heck to have him as their quarterback. The Saints would be lucky if he sticks around to be the Saints signal caller after Drew Brees is gone. After his performance Sunday it's clear to me Teddy is going to have a chance to be a starting quarterback somewhere making very good money. He's earned it and no matter what happens in the future, Teddy gave us magic in 2019 and I'll have a soft spot in my heart for him.

Sean Payton orchestrated all of it. You know that famous defensive player the Bears have, Khalil Mack who's in that commercial they play 9000 times during games? Was he even in the stadium? Sure didn't seem like it. The scary thing about the offense and Sean Payton acknowledged it after the game is they should have scored more. Imagine the fun with a healthy Drew, Alvin, and Jared Cook? If Mickey Loomis adds another decent receiver the Saints won't have a single hole on the roster.

While offense put on its most complete performance of the year, the defense was 2 minutes and 31 seconds from going back-to-back weeks without allowing a touchdown. The 2019 Saints defense held the Bears to less than 100 yards of offense in the first half, only allowed 2 third down conversions, and limited Chicago to 17 yards rushing. 1-7. If the Bears rushing yards was a person it wouldn't be allowed to vote.

That's not our problem, that's poverty football and the Saints aren't about that life. The 2019 Saints are a complete football team equipped with depth to survive injuries such as one to their Hall of Fame quarterback and have a defense that will terrorize any team without an elite quarterback. The great news for the Saints and for us – they don't face a team with a great quarterback the rest of the regular season.

The Saints haven't had Drew Brees for 5 weeks and they haven't lost a football game. I want you to stop and process that. Say it out loud. It'll take your breath away and you'll hardly believe the words coming out of your mouth. In August, seeing the Saints start 6-1 wouldn't have surprised us, that they've gone 6-1 like this is as remarkable and stunning a regular-season achievement as has happened in their 50 plus year history.