Forecast: The 2020 Saints are built to overcome adversity

The 2020 Saints feel like they're on the verge of disaster and like a potential Super Bowl team all at the same time. 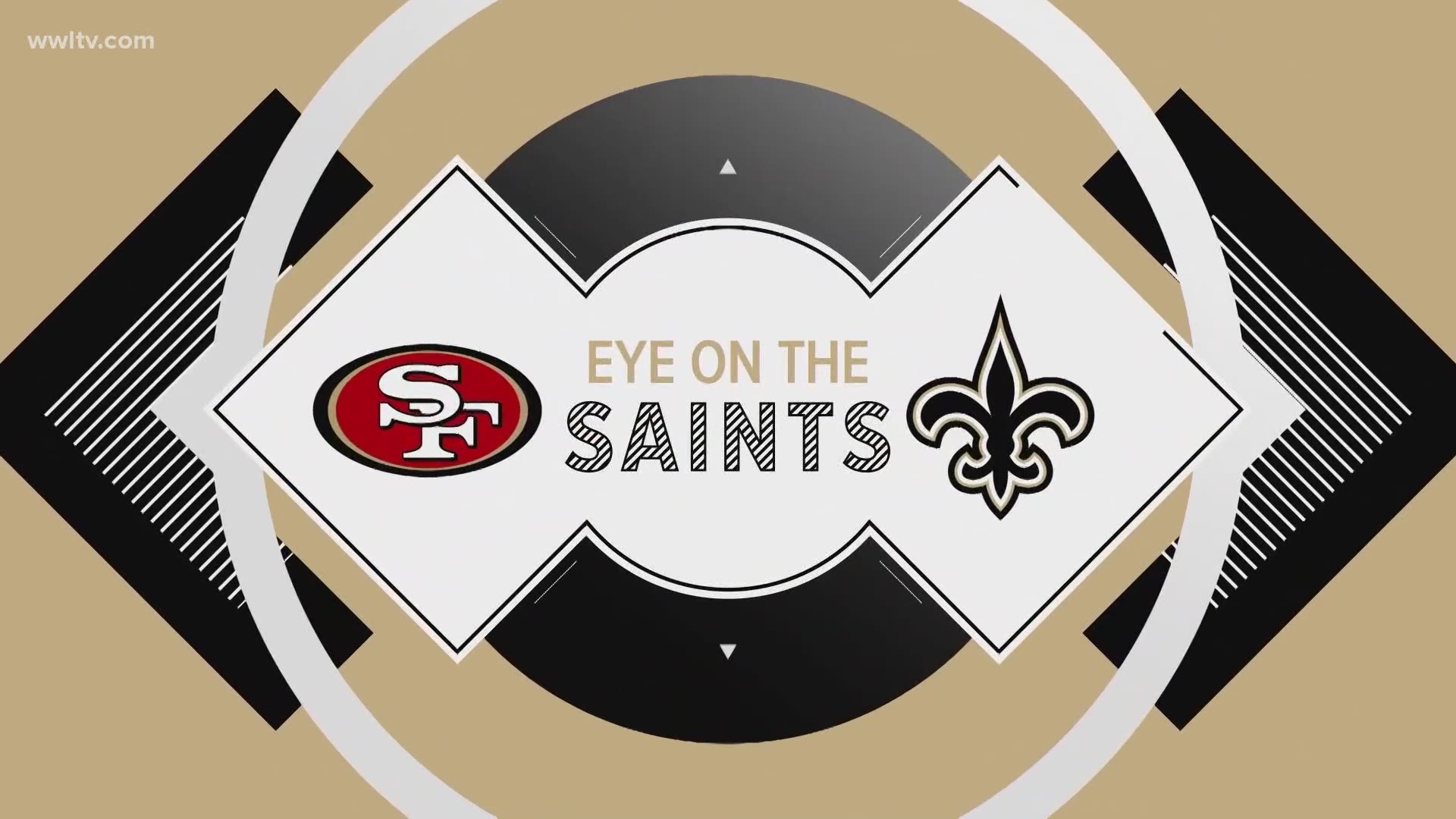 NEW ORLEANS — The only break the New Orleans Saints caught Sunday was that they were still able to win despite suffering an avalanche of injuries while playing their worst game of the year.

Did you enjoy the 1 week of the New Orleans Saints 2020 season where we didn't have to obsess over the weekly injury report? I hope so because during their 27–13 win against the San Francisco 49ers it felt like half the team got hurt.

I may need to write a sonnet about that 1 glorious week where the Saints had no one on the weekly injury report. 2020 just wouldn't feel normal unless the Saints are in the center of chaos with some sort of crisis, turmoil, or adversity lurking at the door.

From the entire drama-filled offseason, 4 straight wins by a combined 15 points, to embarrassing Tom Brady twice, the 2020 Saints feel like they're on the verge of disaster and like a potential Super Bowl team all at the same time.

It's a heck of an experience watching them.

The Saints, after falling behind early, really put the boot to the 49ers in outscoring them 27-3 to erase a 10-0 deficit. 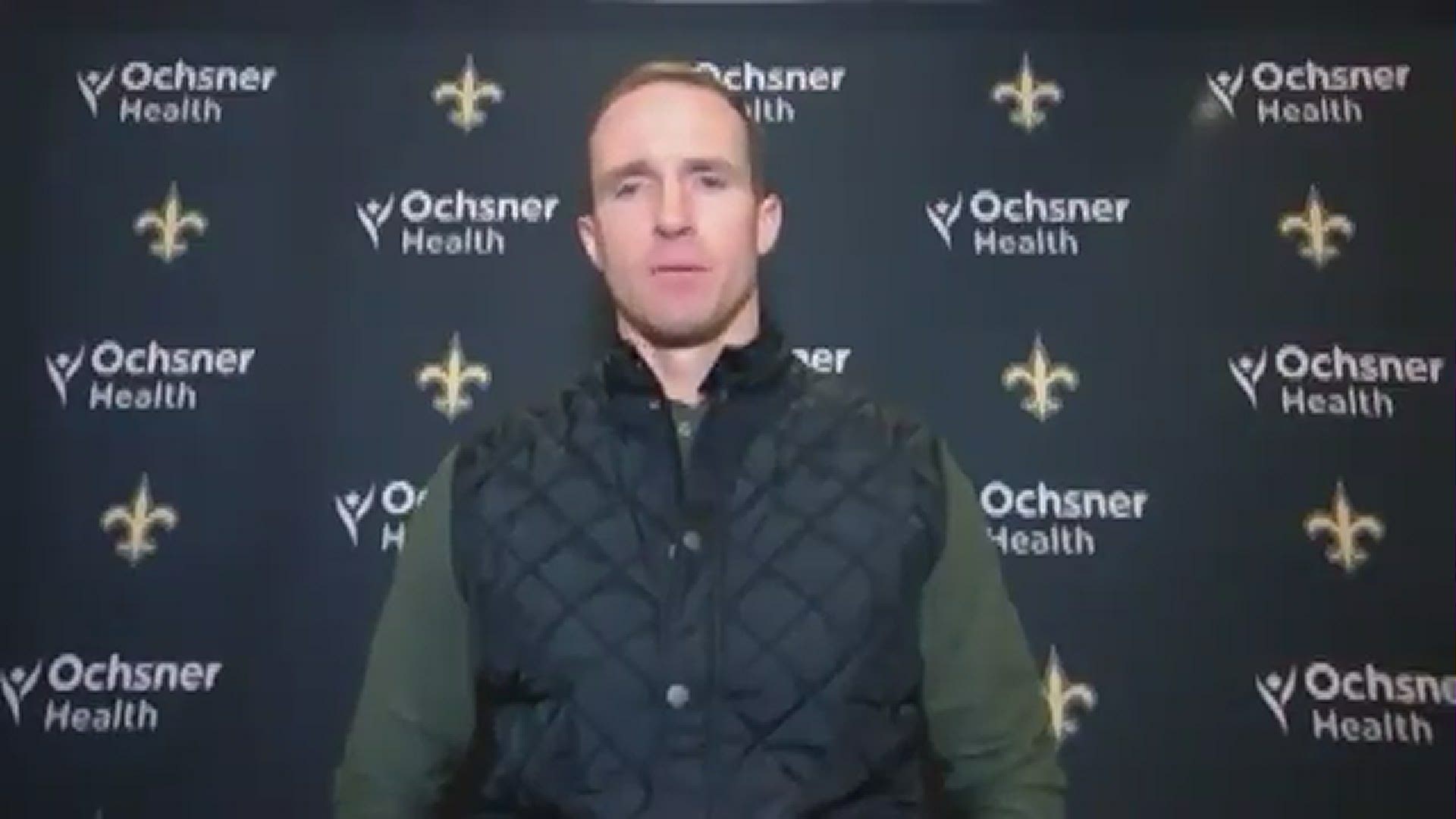 7-2 is overshadowed by Drew Brees' injury, and while Brees' words were that of a guy who expects to be back sooner rather than later, his body language and voice sounded like a guy crushed by his latest injury.

"I'm just taking it one day at a time. I've done that this entire season. And I'll continue to do that. I'm not sure what tomorrow holds. But you can know I'm gonna do everything I can to be as effective as I possibly can come next week. I mean, nothing's a long-term thing. It's just a matter of how long it's gonna be. And honestly, I really don't know. It's not something quite to this extent that I've experienced."

His body language looked like a guy who knows what is likely his final season's degree of difficulty just multiplied. In 15 years of watching Drew Brees, sad postgame Drew always shocks me because Drew is so upbeat and positive. And Sunday that's as sad as I've ever seen Drew after a game, excluding following the 2018 NFC Championship Game where the Saints had a Super Bowl berth stolen by officiating incompetence.

The good news for the 2020 Saints is if we had to choose a part of the 2020 season where they'd be without Brees, this would be that stretch. The Saints play Atlanta twice, Denver, and Philadelphia the next 4 weeks. The combined record of those 4 teams? 12-23-1.

Jameis Winston, depending on how many starts he gets while Brees's ribs heal, has a chance to earn himself a gigantic contract just like Teddy Bridgewater did in 2019 by going 5-0 during Brees's absence.

I wouldn't read to much into Winston's half of action coming off the bench. Sean Payton was quick to point out the running game was kind of a mess because of injuries.

“On a bigger note and less visible, Josh Hill and Tre'Quan (Smith) those are significant guys involved in the run game. That created a slew of things we've got to better at,” Payton said.

Hill especially, is someone who whenever he leaves games early with an injury, Payton almost always points it out in his postgame comments the chaos it causes. Payton has called Hill “Our screen door” because he's involved in so many of their formations. Josh Hill is like the oil in the Saints engine, we don't even remember he's around until Sean Payton reminds us the check oil light was on and pistons are about to explode under the hood.

I'd remind everyone ready declare the Saints with Jameis under center hopeless, that Teddy Bridgewater looked horrible coming into last year's Week 2 game against the Los Angeles Rams.

For an injured Brees. It will shock you I know, but Payton viewed Winston's performance a lot differently than fans on Social Media.

"Listen, I'm proud of him. He led us to an important scoring drive, led us to another field goal drive. The one thing I would say with Jameis, too, is he's extremely bright. So functioning and understanding what we're doing, he picks it up quickly."

Jameis looked kind of presidential in that amazing suit during his postgame Zoom call, I expected him to end by saying 'Vote Winston y'all!” That guy looked like a man who knew the exact reason he came to New Orleans was to be the Saints starting quarterback in 2021 and now he's got that chance and he's going to cash in that ticket.

Brees missing games isn't ideal but the Saints are almost certainly going to have a new quarterback in 2021 and now they get to evaluate Winston playing in hugely important games while having him basically playing for free. It's not the worst thing in the world that the Saints will now have a valuable read on whether Jameis is the guy to follow Brees or not.

The Saints have been the deepest most talented roster in the NFL the last 3 years and once again that depth will be put to the test. The 2020 Saints are so deep, cornerback Patrick Robinson has been called off the bench because of injuries against Detroit and San Francisco, and both times he has had critical redzone interceptions.

The 2020 Saints have been constructed to overcome all manner of on-field football hardship. It appears if they want to win a Super Bowl they'll have to check each and every one of those challenges off their list.

Ralph Malbrough is a contributing writer and Saints fan living in Houston. Email him at saintshappyhour@gmail.com, find him on Facebook, or follow him on Twitter at @SaintsForecast or download the Saints Happy Hour Podcast