Forecast: The Saints are even better than we thought - here's why

I wouldn't trade Terron Armstead and Ryan Ramczyk for any offensive tackle pair in football. 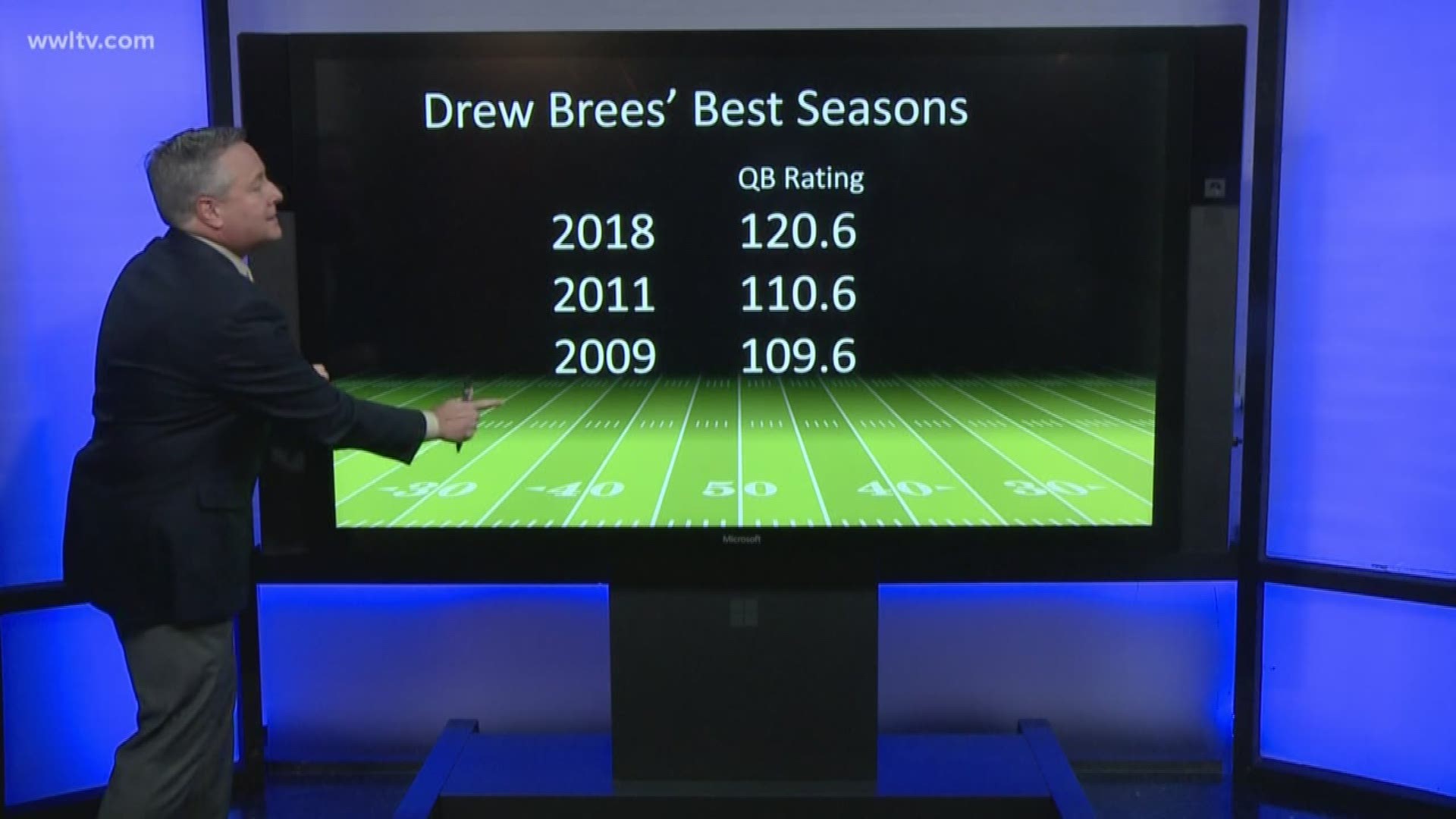 The New Orleans Saints haven’t lost a football game in 2 months and roar into the second half of their season as one of the favorites to hoist the Lombardi trophy in Atlanta come February. So how did they get here?

What they're saying nationally about the Saints and Dez Bryant

As we look back at the first half the formula for what went right and what hasn’t is surprisingly simple; the offensive line is playing at a level no Saints offensive line ever has and Drew Brees is arguably having the best season of his career so the regression on defense hasn’t really mattered.

Old and Busted July Thought: “Saints are going to need a receiver not name Michael Thomas to step up because they can’t just throw him the ball every time.”

The Saints second leading receiver or tight end not named Alvin Kamara is Ben Watson with 26 catches. Ted Ginn Jr. followed up a career year in 2017 with inconsistency before going on injured reserve. The Saints can pretty much throw it to Michael Thomas every play or at least whenever a big moment arises.

Will the Saints sign Dez Bryant? The guy to watch is probably Tre’Quan Smith. He only has 12 catches but seems to have passed Cam Meredith in the pecking order and could be poised for a nice second half. Defenses are eventually going to do whatever it takes to stop Thomas right? If it means 3 guys cover him and play the “We don’t care if Tre’ Quan Smith has 9 catches for 145 yards. Not Michael Thomas. We can’t be humiliated with prop filled celebrations.”

Old and Busted July Thought: “The Taysom Hill Experience is going to be amazing and fun even if he’s not the Saints backup quarterback.”

New Hotness: “The Taysom Hill Experience is better than even our wildest dreams.”

The play where Hill lines up in the slot and motions behind Brees after the snap and takes a pitch is almost unfair. What can the defense do? Commit hard to stop Hill on the sweep? He throws a deep pass over your head. Stay back and contain? He’s gigantic and faster than anyone on your defense. The Rams defended Hill perfectly on a fourth down and he simply ran around and got the needed yardage anyway.

Just wait until teams get sloppy defending the read option. The Taysom Hill 6 carries for 130 yard game is a coming.

Old and Busted July Thought: “Drew Brees is still going to be great but he’s 39, so eventually he will show decline.”

New Hotness: “Drew Brees is better than he’s ever been so give him an MVP award already!”

Why is Brees still destroying the league as he approaches 40? Partly it’s because he’s remained in great shape and gets rid of the ball quickly so he doesn’t take many hits. I’d like to add 2 more reasons though. First, Brees is completing 76 percent of his throws, which would shatter his own record for completion percentage in a season. The man has basically mastered throwing a football accurately anywhere he damn well pleases. Having Michael Thomas and Alvin Kamara helps of course but another huge reason for Brees’ amazing year is the Saints offensive line is impregnable. The Saints just faced the Baltimore Ravens, Minnesota Vikings, and Los Angeles Rams, and allowed 1 sack. The Ravens the week before they played the Saints had 10 sacks against the Tennessee Titans and the week after they faced the Saints the Minnesota Vikings dumped Detroit quarterback Mathew Stafford 10 times. I can make a strong case all 5 of the Saints starting offensive linemen should make the Pro Bowl. I wouldn’t trade Terron Armstead and Ryan Ramczyk for any offensive tackle pair in football.

Sean Payton plus Brees not being touched is almost not fair. Until a team figures out how to pressure Brees consistently the Saints offensive will continue to roll.

Old and Busted July Thought: “Marshon Lattimore, Ken Crawley and Marcus Williams are going to only get better and adding Patrick Robinson means the secondary is going to be strength of a young defense.”

New Hotness: “Eli Apple needs to start being good like RIGHT NOW before the defense ruins our 2018 fun.”

Lattimore isn’t nearly the player he was in 2017 and Marcus Williams being the star of training camp hasn’t translated to the regular season. Patrick Robinson got hurt and Ken Crawley got benched. Suddenly the secondary is a mess and making the biggest plays for and allowing the biggest plays against the Saints is PJ Williams.

The only thing that will stop the Saints from winning another Super Bowl is poor injury luck or the secondary can’t at least get a little better. The good news is the Saints secondary doesn’t even need to be good, just not terrible. Force an interception, a couple field goals and punts, and the Saints will win almost every week.

Amazingly, a 7-1 football team doesn’t have many problems.

Ok, this week’s music choice is a little out there but tell me when Kavinsky drops the beat at :55 it isn’t fantastic? Aren’t you just a little bit more hyped to watch the Saints give Cincinnati the business on the road in some cold weather?

New Orleans Saints (-5.5) at Cincinnati: We are officially back to 2011 Vegas lines for the Saints. The public bets offense and Saints have that in spades. Expect Saints to be bigger and bigger favorites because Vegas doesn’t like losing money.

The Bengals are 5-3 but are last in yards allowed on defense a game (447) and 30th in points allowed (29.6). It might be rough to start if the Saints come out flat but how exactly is the worst defense in football going to slow down the Saints? Magic and Skyline Chili? Cold weather won’t save you Bengals.

Cleveland (+4) at Cleveland: Here is where the Falcons defense reminds everyone they are terrible.

Pittsburgh (-4) vs. Carolina: Panthers lose to anyone else and split with the Saints means New Orleans is almost certainly getting a bye to start the playoffs. Come on Steelers.

Los Angeles (-9.5) vs Oakland: I feel like we aren’t mocking Jon Gruden enough for burning the Raiders to the ground in only 8 weeks. It’s pretty spectacular.

Philadelphia (-6) vs. Dallas: The Cowboys have the 29th ranked passing offense in football which should be a problem for their offensive minded head coach right? Or does Jason Garrett just get to clap on the Dallas sideline forever? That’d be pretty great actually.