Forecast: We can't not have football with the Saints having the most talented roster in football - can we? 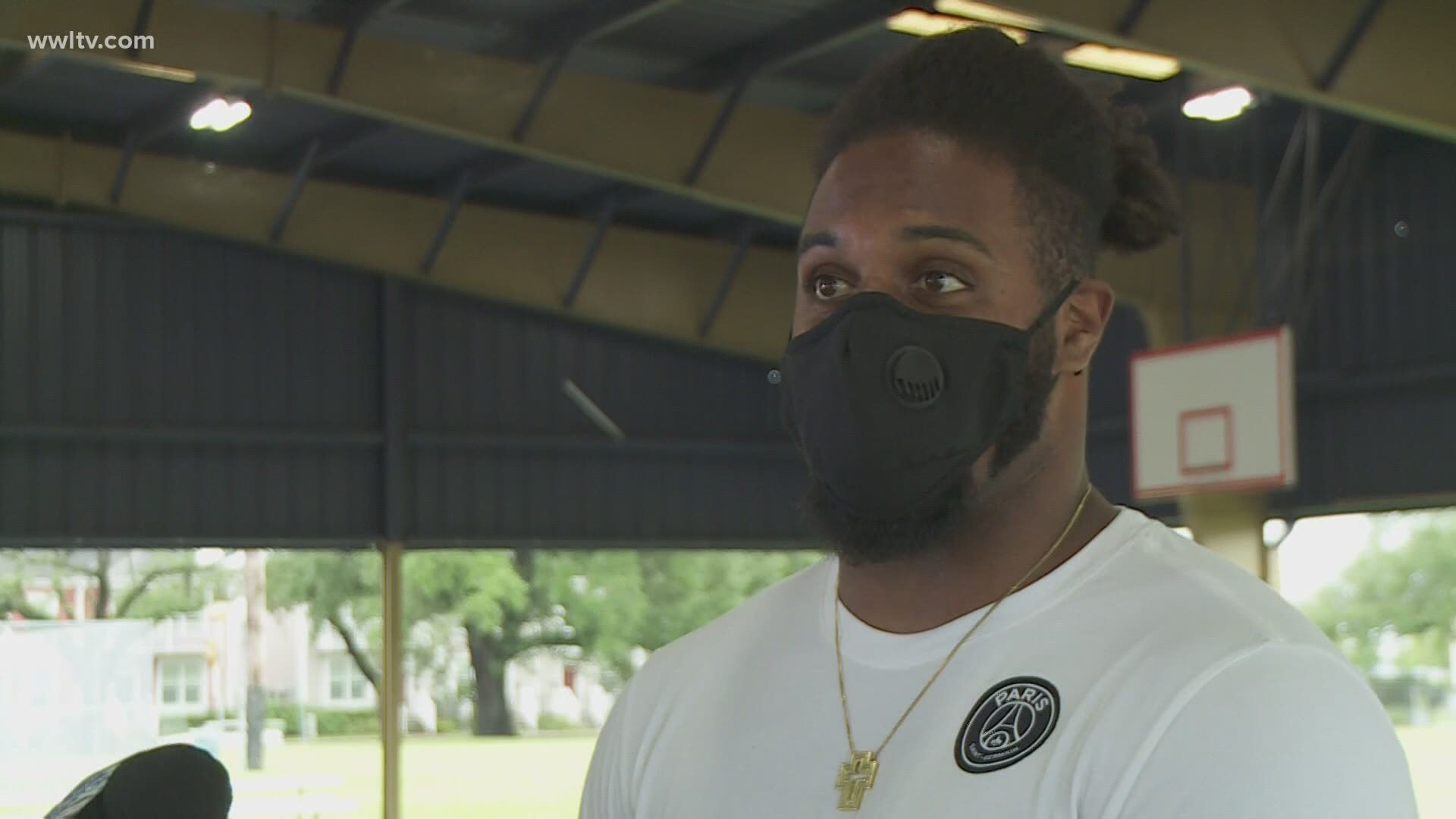 It's late July which in normal times would mean it's time to preview the 2020 New Orleans Saints upcoming training camp. Mostly it'd involve me reminding you when our favorite football team is coming off going 37-11 the previous 3 seasons.

The only thing that really matters from a fan perspective this summer, or any summer really, is making sure as few Saints players get injured during practice and meaningless preseason games as possible. I'd then make some fantastic jokes about Saints linebackers not named Demario Davis being either a rookie or having a medical file the size of an octogenarian.

It would make me incredibly sad if on the 10th anniversary of LSU winning a National Championship and Joe Burrow winning a Heisman trophy we won't get to celebrate because there's no football in the Fall.

RELATED: Column: A way to save the NFL season

I'm sorry, I've been told LSU actually won the 2019 National Title over Clemson in January. It only FEELS like it happened a decade ago. 2020 is so insane Drew Brees saying what he did about the American flag and deeply hurting the feelings of his Saints teammates and people around the country seems like it was a lifetime ago.

Sports are in this incredibly weird place where the leagues desperately want to play games because of the billions of dollars at stake and the fans desperately want games to give us a tiny distraction and break from a world on fire all around us.

Meanwhile the 2020 Saints are trying to prepare for a season in which they have the deepest and most complete roster in the history of the franchise. As my friend Reid Gilbert said on Twitter, “A canceled season in which the Saints have their best roster ever is the most Saints thing that could possibly happen.” If we don't have an NFL season the fact the Saints won't get to go after a championship in Brees' farewell season will just be the turd cherry on top of the poop sundae known as 2020.

Make no mistake, the 2020 Saints are built to survive the rigors, injuries and brutal gauntlet the NFL season challenges every team with. The Saints are loaded with stars, have built depth, and besides linebacker there aren't many questions around the Saints besides, “Can they be blessed with good health?”

The Saints are so well run an organization now they convinced Jameis Winston to basically come and play for free to back up Drew Brees. Say whatever you want about Winston, the guy threw for 5,000 yards and 30 touchdowns in 2019, and is a hell of insurance policy if Brees gets hurt and Taysom Hill isn't up to being a full time quarterback.

The Saints also upgraded their #2 wide receiver opposite Michael Thomas from 'random guy in a Saints jersey who disappoints Saints fans every week' to Emmanuel Sanders, the guy who torched the Saints for 7 catches/157 yards and a touchdown in Week 14 when he played for the San Francisco 49ers.

On defense the Saints brought back Malcolm Jenkins because a Saints season wouldn't be complete without Sean Payton having a reunion with a player he loved having on the team previously. I'm glad Sean and Malcolm made up after Malcolm gave Sean the old one finger salute during the Saints-Eagles game in 2018.

The 2020 Saints are so deep and so talented they traded 4 2020 draft picks to select a tight end who might not even play very much this year because the starting tight end they currently employ (Jared Cook) is pretty awesome. It's good to be the king.

Nothing will ever make me as angry as the 'No Call' in 2018 NFC Championship that cost the Saints a trip to the Super Bowl in Atlanta, but no Saints event would make me sadder than if there's no NFL football in 2020.

No NFL in 2020 would just be another example of America completely failing to control Covid-19. The United States is failing at the pandemic crisis. I'll leave smarter people to hash out exactly why that is, I don't really care about the why. Hopefully America will eventually do what Winston Churchill said about us,“You can always count on the Americans to do the right thing after they have tried everything else.”

I'm going end this column giving those of us who love NFL football some hope and end telling you why I believe the NFL will give us football in some form or fashion. The reason I believe this is the 1982 NFL season. In 1982 the NFL players went on strike after Week 2 and didn't return to play until Week 11. That's right, the 1982 season was 9 games! With 16 of the 28 teams making the playoffs! Of course in 1982 the Saints started 3-1, finished 4-5 and missed the playoffs, because they were the Saints.

You might say, “Ralph a strike is not a pandemic!” True, but my belief is if the NFL was willing to go on a 9-week hiatus in 1982 and still finish the season, they'll do anything to give us football in 2020. The 2020 season might start in September or maybe January? It might be 16, 12, or 8 games? No idea. I'm 100 percent the NFL will give us something because the owners and players both want their billions and millions. I don't blame them, I would too.

Maybe I believe we will have NFL football because I personally desperately need it because everything is so gosh darn terrible right now I don't want to contemplate surviving the winter without Saints football.

I've always accepted being a Saints fan means hoping and dreaming of joy and then laughing at the pain of disappointment. I never thought I'd ever be writing a column in July just hoping for any Saints football at all.

Ralph Malbrough is a contributing writer and Saints fan living in Houston. Email him at saintshappyhour@gmail.com, find him on Facebook, or follow him on Twitter at @SaintsForecast or download the Saints Happy Hour Podcast wherever you get your podcasts.