The proposed $450 million in renovations to the Superdome could start as soon as next year. 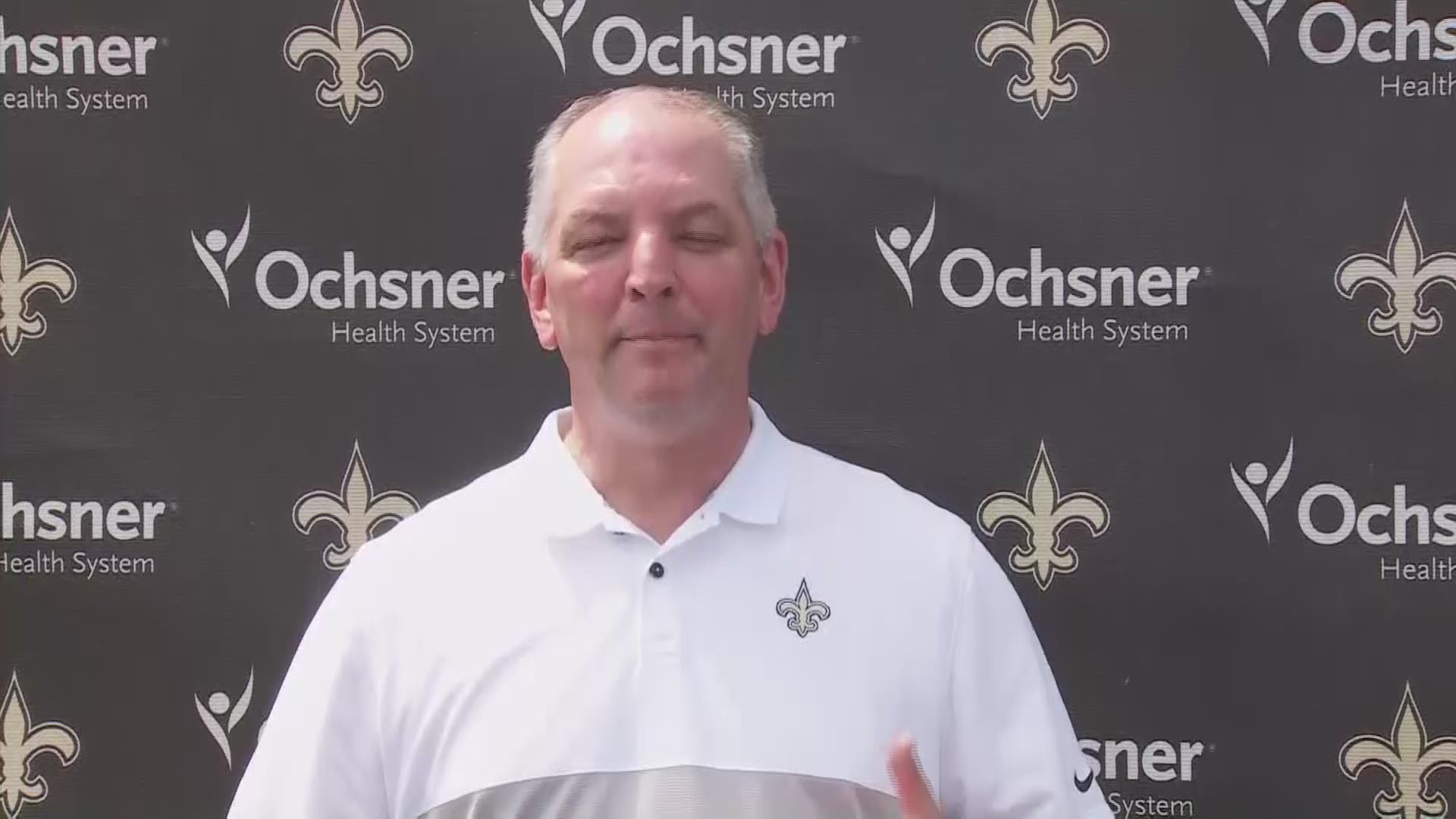 Edwards spoke with the press just after Sean Payton answered questions about practice and Friday's preseason game against the Vikings. He said the state is working on lease extensions with the Saints designed to keep the NFL club in the Superdome for up to 30 additional years.

Edwards added that lease talks are running in conjunction with plans for "extensive and needed" Superdome renovations.

"The first piece of the puzzle that needs to come into place, and it should without something unforeseen happening -- we’re going to have a meeting in Baton Rouge with bond commission to approve short-term financing for the renovations," Edwards explained.

That money will fund renovations at the Superdome, starting early 2020. Edwards said those renovations will including rebuilding concourses to make them easier to use and more accessible for fans by replacing about 80,000 feet of ramps with stairs, escalators and elevators. There would also be new club lounges, end zone level luxury boxes and standing room only viewing decks.

Edwards says newly planned renovations would take about four years and that lease talks are centered on an initial 15-year commitment "with framework in place" for an additional 15 years.

The $450 million project would be the most extensive and expensive renovations to the building since it opened in 1975.

There were major renovations at the Superdome after Hurricane Katrina caused extensive damage to the building in 2005. Additional stadium upgrades were completed in 2011.

The Saints moved from Tulane Stadium into the state-owned Superdome in 1975 and the club's existing lease runs out in 2025.

He noted that the popular venue won't be able to host as many events as the construction takes place, but that they will honor all their current contracts and make sure annual events and some major events will still be accommodate.

On Monday, Krewe of Endymion officials announced the scheduled renovations would affect their parade route and ball for 2020.

The Louisiana State Bond Commission is scheduled to consider approval of about $500 million in financing for the project on Thursday.