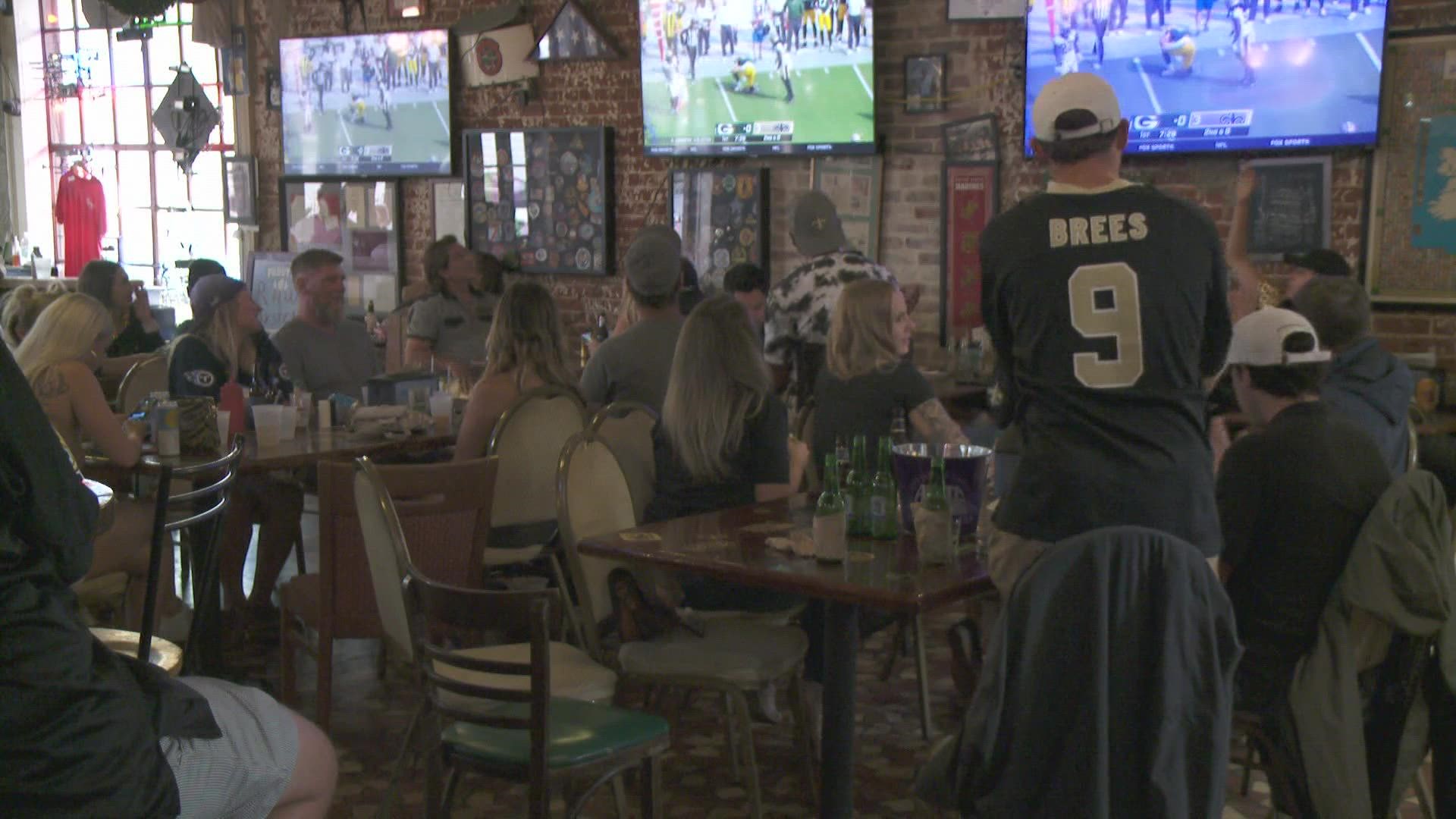 NEW ORLEANS — Inside the 72-year old Tracey’s Bar on Magazine Street in New Orleans was packed with Saints fans who were looking for something to talk about other than the Hurricane.

Football is what our state needs now.

For those who wear black and gold, cheering for the Saints is a mental departure from the devastation of Hurricane Ida.

“After all the sadness and harm that came from Ida the community comes together, and enjoys a day that we don’t have to think about the destruction or anything like that we just get to enjoy football and enjoy the time,” said Kenzie Daniels.

Daniels moved here from New England. She said she’s glad she did after seeing how her adopted city rallied to help one another.

"There’s no place like this that I’ve ever felt in all the places across the country that I’ve lived,” she said.

Tracey’s opened last Tuesday. Instead of having a full staff of between 18 and 20 people, the owner says he has half that. Many of his employees he says, don’t have power or are repairing the damage from the hurricane.

“One of the families that work for me lives in Laplace. We are giving them time to get back. Hopefully, the Saint’ game will bring us a little joy,” said Jeff Carreras, Owner of Tracey’s

Joy is something every Louisianian could use right now after two weeks of hell from the Hurricane.

A storm that may have destroyed homes, but not the spirit of those who call the Pelican state, home.