Jacob Blake was shot in the back by police seven times in Kenosha, Wisconsin 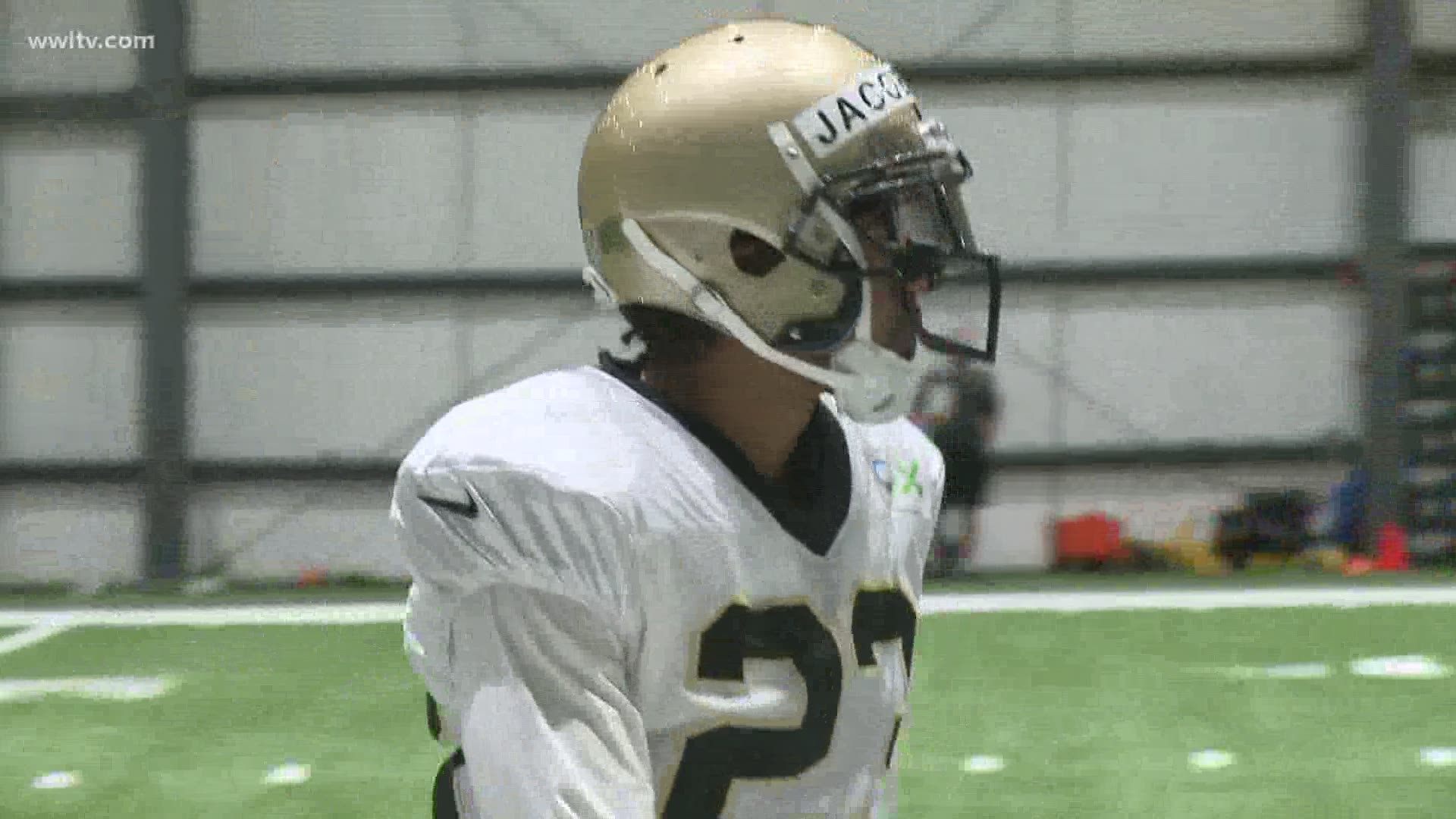 NEW ORLEANS — The New Orleans Saints are joining in on protests against the police shooting of Jacob Blake.

Blake, a Black man, was shot in the back seven times by police officers in Kenosha, Wisconsin on Aug. 23. Since then, athletes and teams have protested his shooting, some refusing to play.

During training camp, football players sport a piece of tape across their helmet with their last name on it. On Aug. 27, all the Saints players replaced their own names with Blake's.

Head Coach Sean Payton said there was no talk of shutting down practice. He said players instead came to him with the idea and he said he was "100% supportive."

He said if players decide they would like to protest in other ways, he will agree with them on what they feel is reasonable.

"The idea of just putting his name on everyone's helmet was something we thought would be appropriate and I think they were for it," Payton said.

Leaders on the team told WWL-TV that plans for additional protests would likely be released in the coming days.

Blake, a Black man, was shot in the back by police officers in Wisconsin. Since then, players in the NBA and NFL have protested his death.