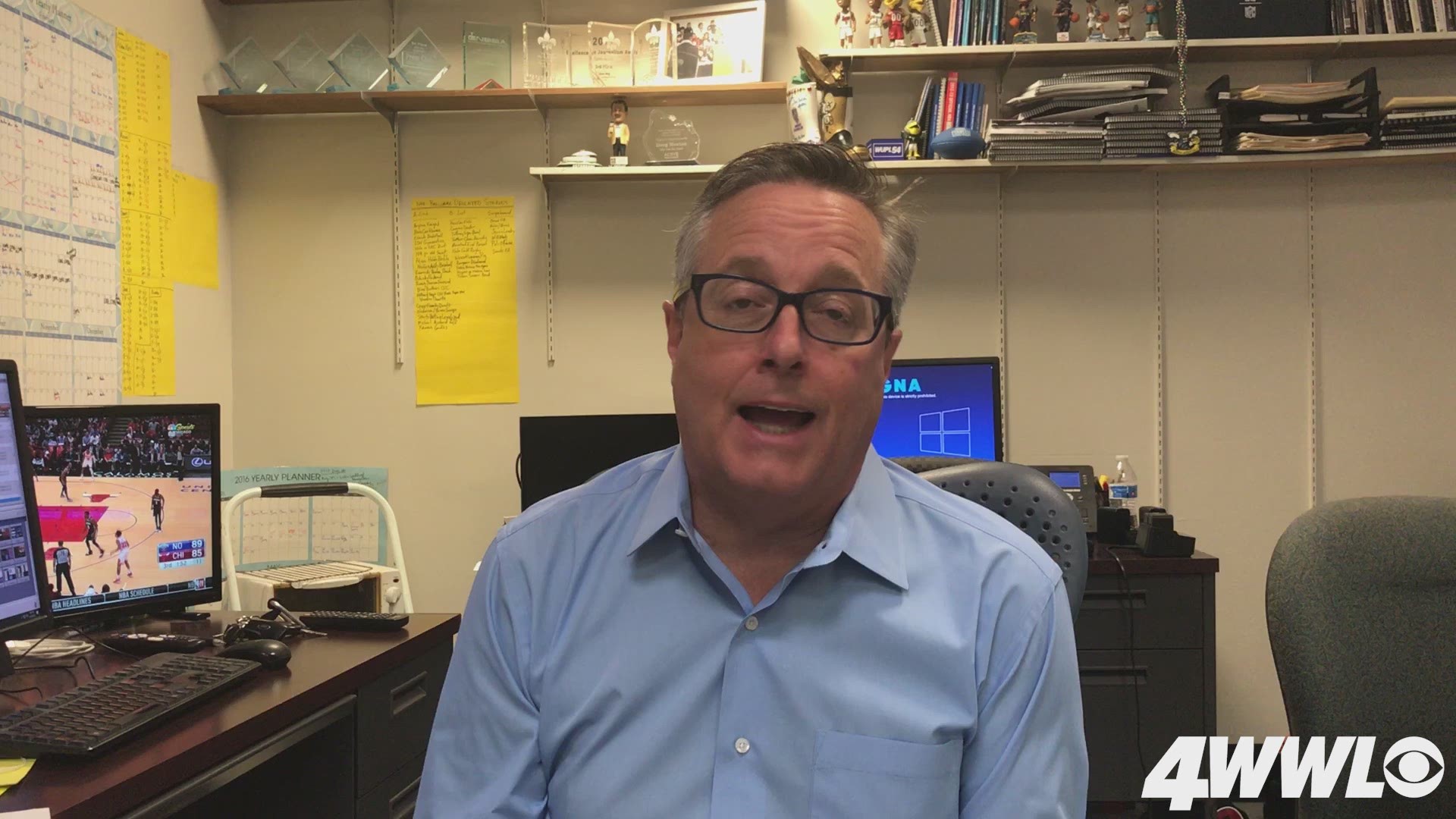 EAST RUTHERFORD, N.J. (AP) - Alvin Kamara ran for three second-half touchdowns and the New Orleans Saints' defense stepped out of Drew Brees' shadow in a 33-18- victory over the New York Giants on Sunday.

Wil Lutz matched his career high with four field goals as the Saints (3-1) built a 12-7 halftime lead. Kamara broke the game open with scoring runs of 9, 4 and 49 yards to ice New Orleans' third straight win and send New York to its third loss in four games. Kamara had 134 on 19 carries.

If there was a surprise, it was the Saints' defense, which came in ranked 30th in the league. After giving up a 2-yard touchdown pass from Eli Manning to Sterling Shepard on the Giants' opening drive, New Orleans limited New York to a 33-yard field goal by Aldrick Rosas in the third quarter and a late 1-yard TD run by Saquon Barkley, followed by a 2-point conversion pass from Manning to Shepard.

The anticipated slugfest between the 39-yard old Brees and the 37-year-old Manning never materialized.

Lutz connected from 42, 34, 37 and 26 in the first half. Kamara stretched the lead to 19-7 with 9-yard run that capped a nine-play, 69-yard drive on New Orleans opening possession of the second half.

The 49-yard run capped a 97-yard drive for the Saints after Ted Ginn Jr. bobbled a kickoff after the Barkley score. The Saints had drives of 74 and 80 on the other touchdowns and finished the game with 392 total yards.

Rosas closed the gap to 19-10 in the third quarter, but the Saints took control with Kamara's final two TD runs in the fourth quarter.

The Giants had scored on the opening possession with Manning capping a 10-play, 75-yard drive with his short TD pass to Shepard. After that, New York gained 22 yards the rest of the half.

Saints: No injuries were announced.

Giants: Beckham finished the first half in the locker room getting an IV. He returned in the second half and finished with seven receptions for 60 yards.

Saints: Home against Washington for a Monday night game on Oct. 8.

Giants: At Carolina next Sunday.