While it may not have been quite as loud as a normal game, the energy was still felt inside the dome. 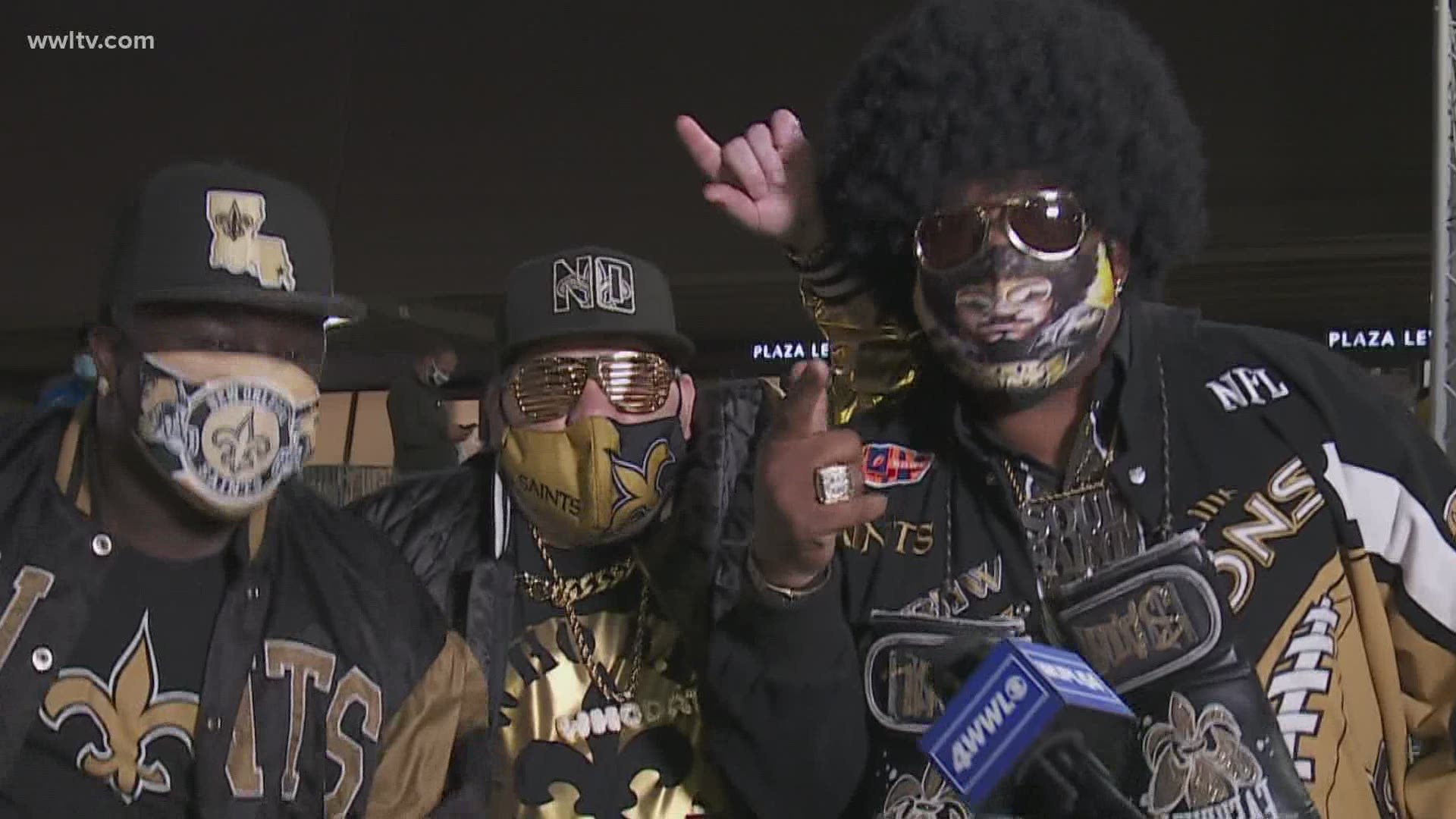 NEW ORLEANS —
The New Orleans Saints had homefield advantage Sunday playing inside the Superdome against the Chicago Bears.

That normally would have been a very loud game, but the limited number of fans still screamed as much as they could to make sure there was still excitement.

They left the dome thrilled with the Saints victory that leads the team to the next playoff game.

“It was fantastic. The crowd was amazing,” one fan said.

Many fans are thankful the win means they will still see Drew Brees in action as some question his return next season.

“No matter what Drew’s decision is, he’s truly a hero in our hearts,” one fan said. “But yes, it’s his last season.”

“I think he’s going to come back for one more year,” another fan said.

While it may not have been quite as loud as a normal game, the energy was still felt inside the dome.

Many fans in the stands were healthcare workers from hospitals all across New Orleans. They said they were given tickets as a thank you.

“We had to get both our shots and be COVID free," one worker said.

The Saints fans are hopeful and confident this is a step towards a black and gold Superbowl.

Next Sunday, the Saints will play Tom Brady and the Tampa Bay Buccaneers for the third time this season.

New Orleans won the first two and this next game would earn them a spot in the NFC Championship game.

RELATED: What they're saying nationally about the Saints playoff win over the Bears