"There's Drew Brees on the right and his 'brother Crew Brees,'" laughed the CBS announcer on air while showing a split screen of the fan and the quarterback. 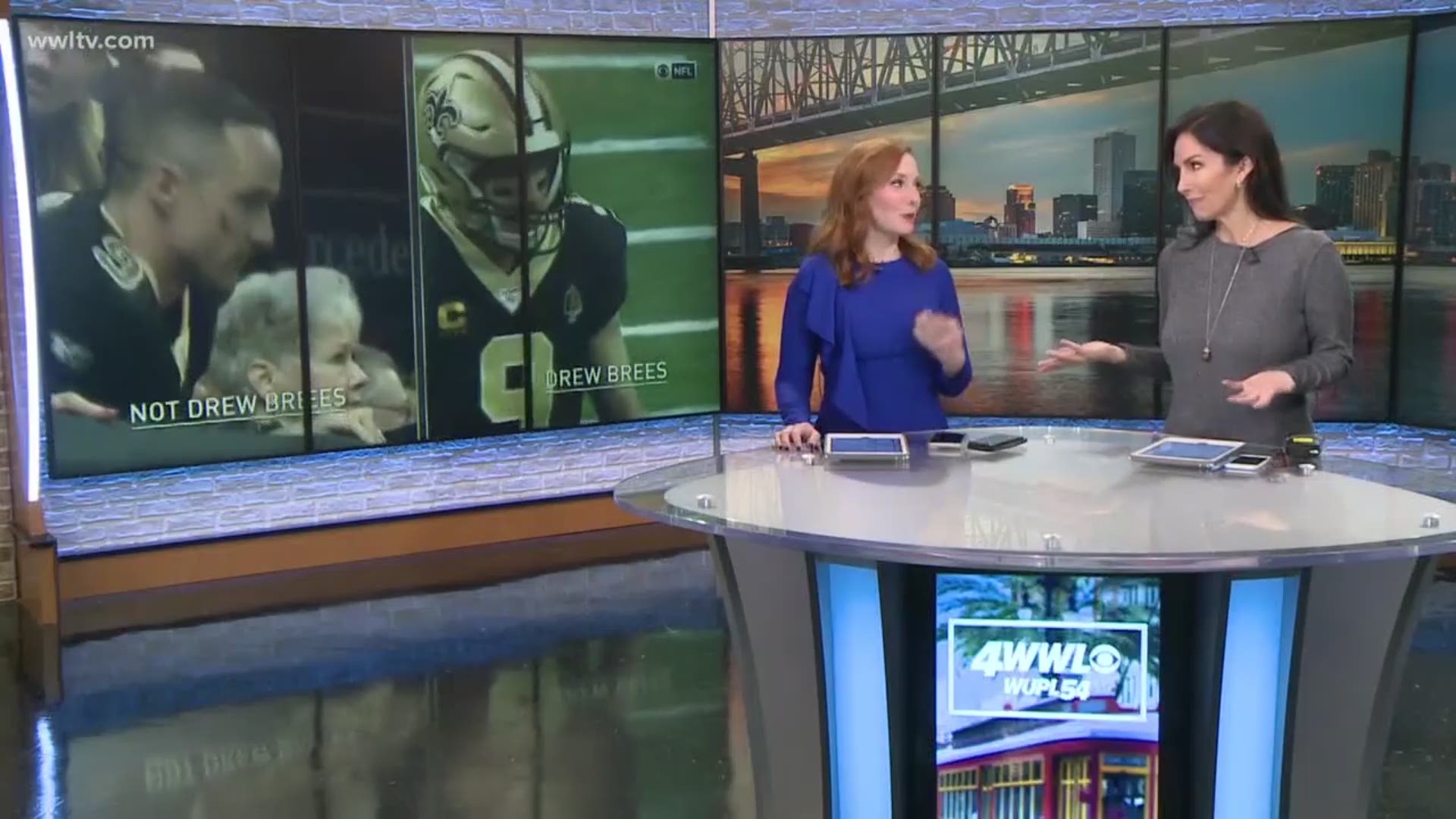 NEW ORLEANS — It's not unusual for the network cameras to catch shots of dressed up Saints fans in the Mercedes-Benz Superdome. But one fan is getting attention, not for his costume, but for familiar facial features.

It's not the first time Drew Brees, New Orleans' famous Saints quarterback, has been compared to a look-alike. In 2015, CBS Sports said he looked like the twin of President Rutherford B. Hayes (although the 19th president was unavailable for comment.)

But flash forward to modern times: There's live TV, instant split screens, and social media, and all of a sudden a Lafayette man, without the name recognition of a president or NFL star, has his 15 minutes of fame.

"There's Drew Brees on the right and his 'brother Crew Brees,'" laughed the CBS announcer on air while showing a split screen of the fan and the quarterback.

Several times CBS Sports announcers showed the fan at the Saints-Cardinals game. Barstool Sports posted that the fan gets the award for the most accurate Halloween costume.

So who is this Drew Brees look-alike?

"It gets to go viral on the Internet. It's kind of crazy," said Jeremy Hohle, the Drew Brees Look-Alike.

RELATED: The Saints have the best defense in the NFL right now (4 takeaways)

His first name is Jeremy, and, wait for it, his last name is too good to be true for a Saints fan. It's Hohle, pronounced 'HOLY.'

"Sat down, you know, everybody, all the players, just started kind of looking and laughing and you know, Kamara was kind of pointing and laughing, and tapped a few of the other guys," said Hohle.

Hohle owns 'Ragin CrossFit' in Lafayette. He regularly paints on Drew's iconic birthmark near his eye, but last week his uncanny impression made it onto national TV.

His three daughters were jumping and screaming at home when daddy came on TV. Jeremy says those strong family values are another similarity he has with Brees.

"I'm really big into my family, you know. I own my own business and that's kind of my baby. I show up every morning at 5 o'clock here," Hohle said.

When the pair finally met, Drew Brees joked Hohle was his "long lost cousin," and said he first saw the resemblance after his wife showed him multiple screenshots that friends had sent her of the pair side-by-side.

Brees said it was a "striking resemblance."

Jeremy's been making a splash with fans ever since the Super Bowl in Miami.
And you can bet he's pulling for his beloved Saints to make a return trip this season.