Forbes reports the German auto manufacturers are parting ways with the Dome to focus on the newly built Falcon's stadium in Atlanta. 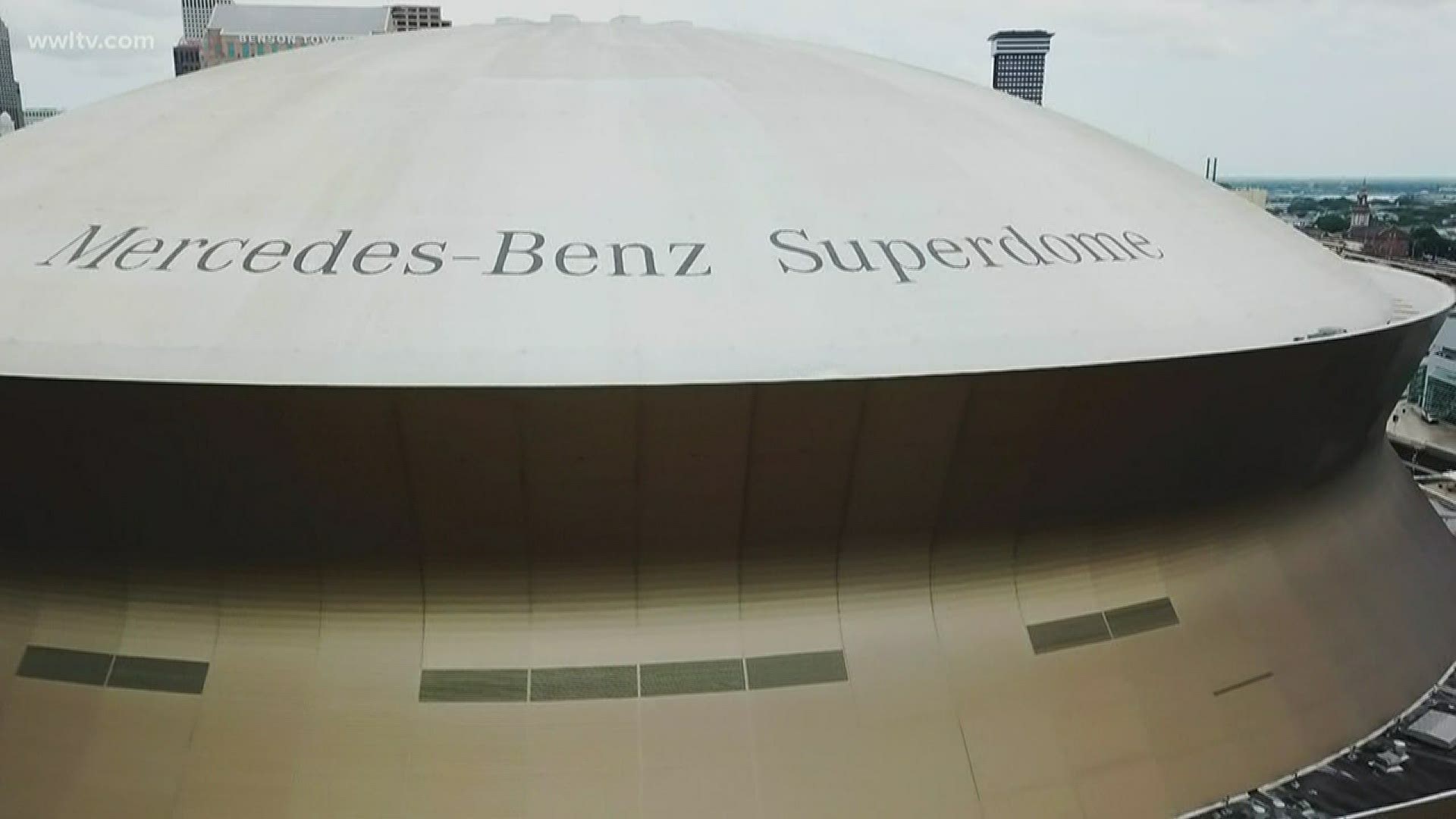 NEW ORLEANS — The Mercedes-Benz Superdome, the home of the New Orleans Saints, will be getting a new sponsor, and thus and a new title, coming next year.

According to a report by Forbes, the German automaker is parting ways with the Superdome to focus on the newly built Mercedes-Benz Stadium in Atlanta, home of the Falcons, after nine years in New Orleans. The company became the namesake sponsor of the dome in the middle of the 2011-2012 season.

Now it's up to the Louisiana Stadium and Exposition District (LSED), the government-appointed board that owns the Dome and the Smoothie King Center, to find a suitable sponsor by next year.

So far, there's no word on potential suitors to take the reigns. But as Forbes points out, the possibilities for the lucky company to do so are endless.

"The naming rights position gives a company the opportunity to align with two brands for the price of one– the New Orleans Saints and the Superdome," the report says.

The Dome is truly a New Orleans landmark, becoming a symbol of the city’s rebirth following Hurricane Katrina.

And the search comes during quite a period of transition, not just because of the COVID-19 pandemic but because of the $450 million renovations approved to give the 45-year-old structure a major face lift.

Last summer, the LSED received the financing to remove 80,000 square feet of interior ramps. That would open up space to widen concourses and create more concession areas and club lounges.

There would also be new field level luxury boxes and new locker rooms. A new food service area and kitchen space are also in the plans. Dome managers are also promising a new arrival experience for fans. There are plans to eventually remove the existing Gate A ramps in front of the dome on Poydras Street.

As part of the financing deal, The Saints have agreed to fund a third of the project costs.

The Dome has been the home of the New Orleans Saints since opening in 1975.