Michael Thomas wowed by costumes of him and Gayle Benson

The Saints receiver was so impressed with the costumes that he sent out a request to find the family and give them tickets to the next game. 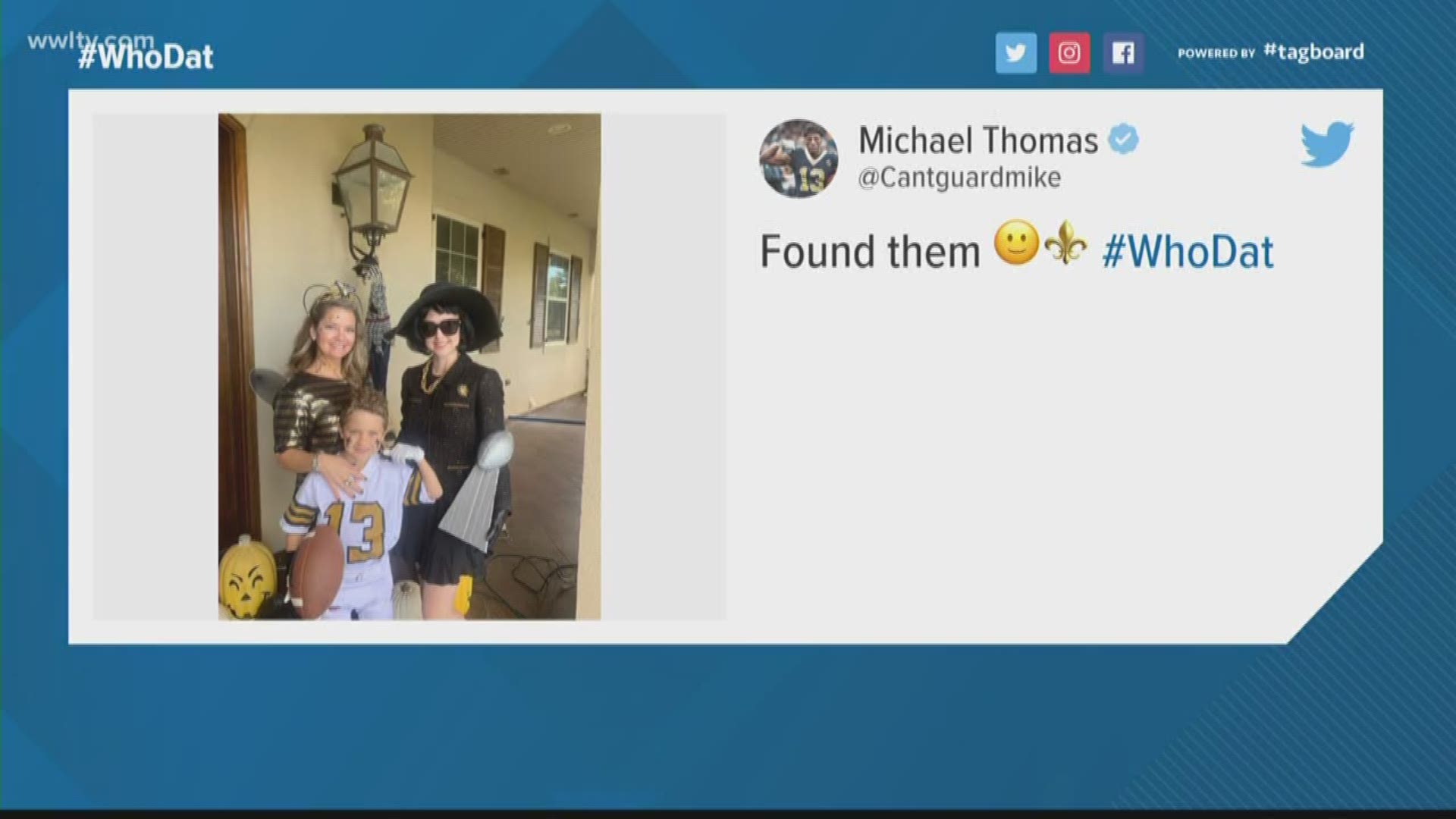 NEW ORLEANS — New Orleans Saints receiver Michael Thomas is not a man of too many words and since he says people 'Can't Guard Mike,' he obviously isn't easily impressed.

The photo in question was posted to social media as a brother and sister dressed up as Saints owner Gayle Benson and Michael Thomas.

The receiver sent out an APB over social media to find the pair and invite them to the next home game.

"The highest human act is to inspire," said Michael Thomas in a tweet. "They killed it. Can someone help me find this family so I can invite them to our next home game."

He quickly found them too.

This bye week seems to be the week for spot-on Saints' costumes. A Lafayette man who looks strikingly like quarterback Drew Brees was the subject of a lot of social media posts after he appeared in the stands at the Mercedes-Benz Superdome Sunday.