Mike Hoss named Voice of the Saints, to do play-by-play for radio

I watched Jim Henderson do the radio broadcasts with Archie for all those years and 30-plus years later, you've got your dream job." 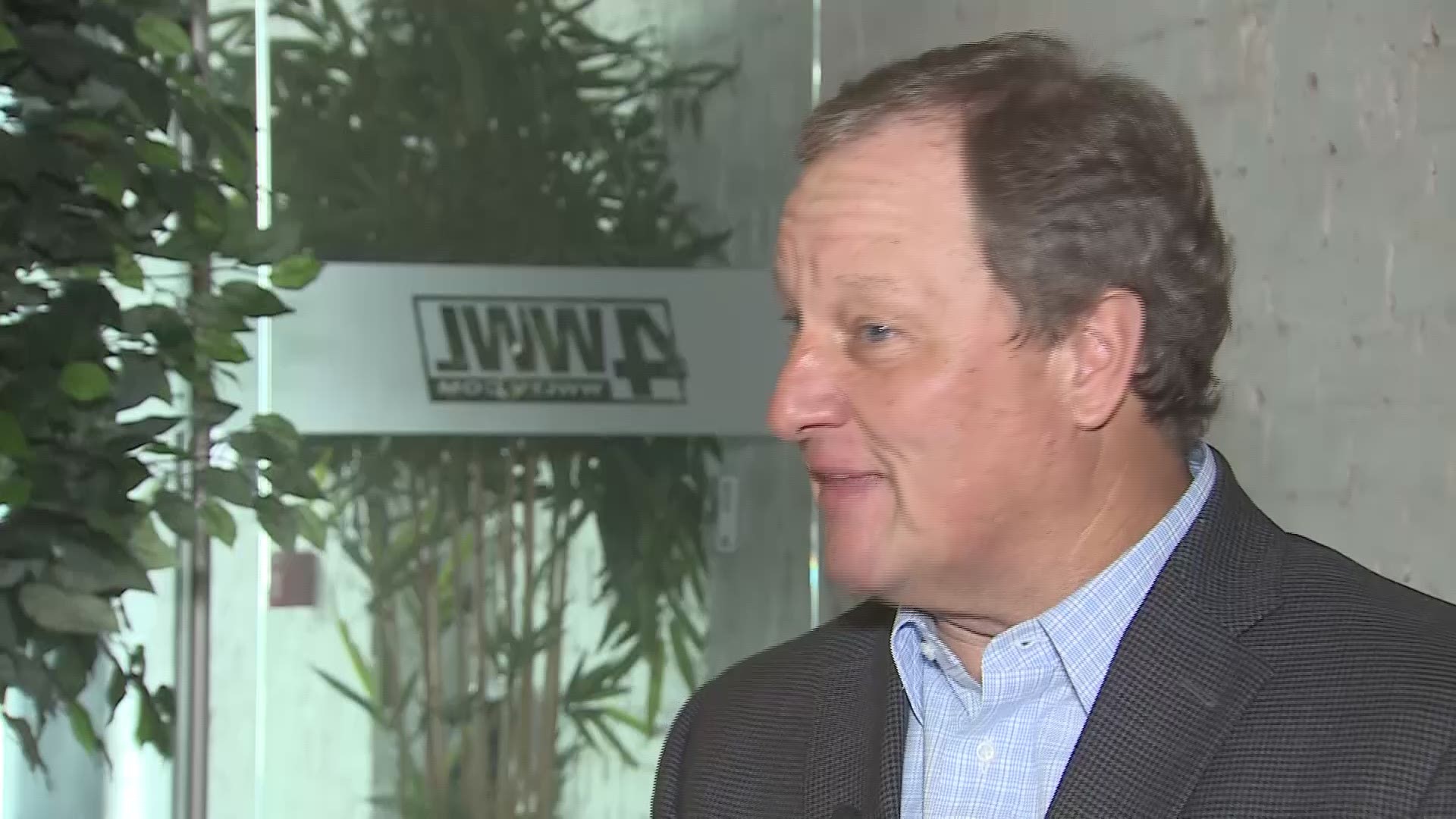 NEW ORLEANS — Former WWL-TV Anchor/Reporter/Sportscaster and Acting News Director Mike Hoss will be the new voice of the New Orleans Saints radio network, it was announced Wednesday on WWL-AM radio, the flagship station of the NFL team.

Hoss has recently served as the Media Relations Manager for the Louisiana Stadium and Exposition District, which includes events and developments with the Superdome and the Smoothie King Center.

“It’s unbelievable, I came into sports in 1989 as a young anchor under Jim Henderson and watched him do the radio broadcasts with Archie for all those years and 30-plus years later, you’ve got your dream job,” said Hoss. “I’m just happy and can’t wait for the football season to come.”

Hoss, who worked for close to 30 years at WWL-TV, first as a sports reporter, then as a news anchor for the Morning Show, will follow Zach Strief, who called games on the radio for three seasons before returning to the Saints as an assistant offensive line coach this offseason.

Hoss worked for years in the sports department at WWL-TV with legendary sports anchor and former Voice of the Saints Jim Henderson. He was known for his tireless work ethic in all of his positions with WWL-TV over three decades.

“The beauty of it is that I can’t be Jim Henderson. I’ve stolen from him, but I can’t be him," said Hoss with a smile. "I don’t have that ability. And, I can’t be Zach. He’s forgotten more about football formations and lineups than I’ll never know. So, I’ll just be me.”

“I was at WWL for about 35 years and we had some great hires amongst them, people I’m so proud of, and none better than Mike Hoss,” said long-time WWL-TV Sports Director and Saints play-by-play announcer Jim Henderson. “Mike will outwork everybody and never complain while doing so. He has great worth ethic and enthusiasm and I’m sure Saints fans will see that right away.”

In addition to his work with the Stadium and Exposition District, Hoss has his own production company and has worked on Saints pre-season broadcasts as a sideline reporter and in that role at Saints regular season games from the floor of the Superdome, projected on the big screens.