"What started as an act of kindness for my husband grew into a multitude of blessings that we still feel to this day.” 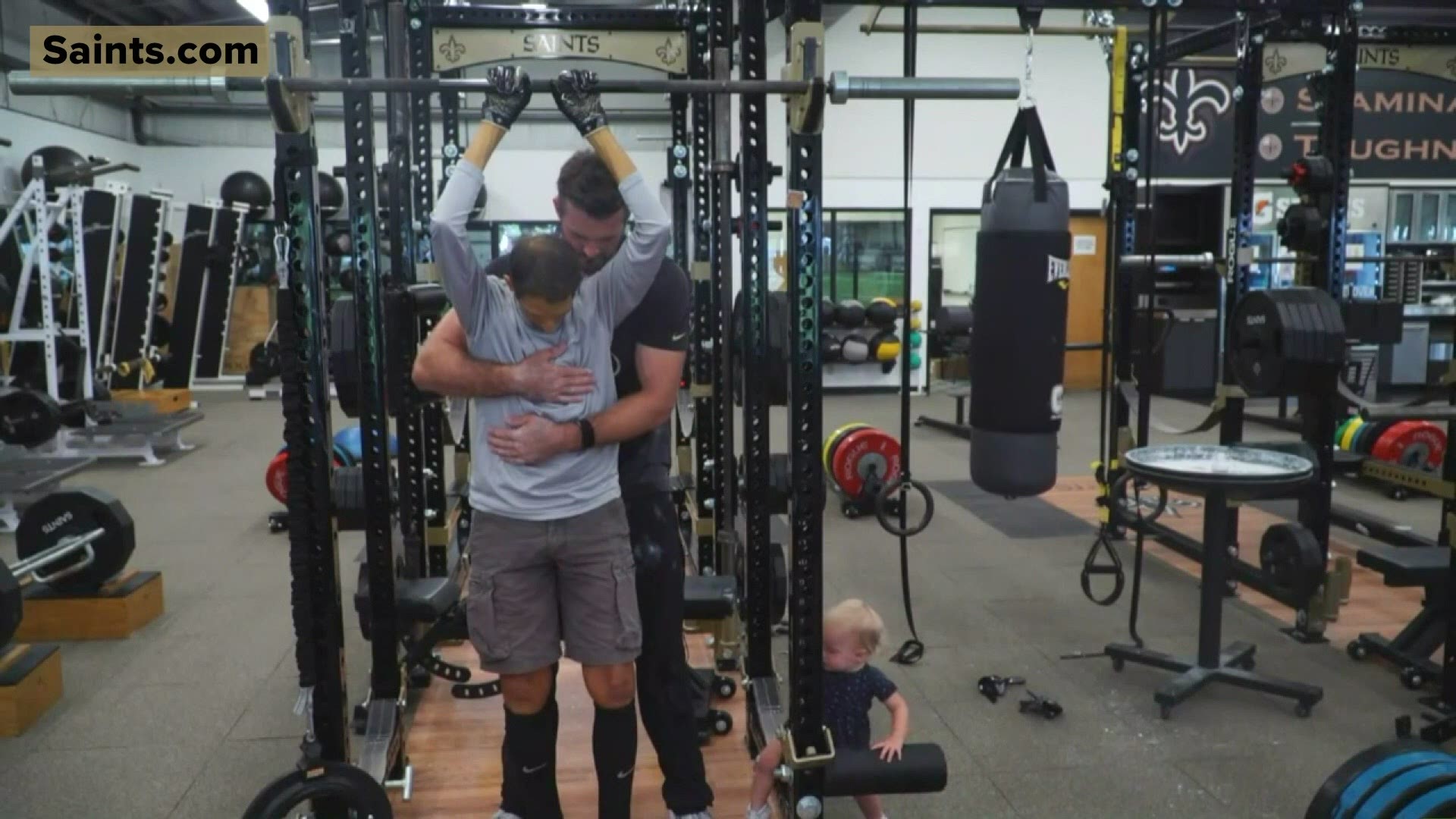 NEW ORLEANS — Thomas Morstead is as famous for giving back to the community as he is for the on-side kick that helped the Saints earn their first Super Bowl championship.

As his Saints career comes to a close, fans are writing Morstead letters to thank him for all he's done in his 15 years with the team.

One of those letters brought him to tears.

Cordaro’s husband, Chris Cordaro, worked in sales with the Saints for several years before he was diagnosed with high grade neuroendocrine carcinoma, a rare form of cancer, in 2015.

Doctors said he’d have just months to live, but he survived for three years. Over those three years, Chris Cordaro and Thomas Morstead formed a strong bond.

“Call it what you want; I call it a miracle,” Morstead said in 2015. “He went into remission and he's had a few years now with his family just to be with them and go on vacation. A little bit of borrowed time, almost. He's not doing well now and you just meet people sometimes that kind of impact you. We've gotten super close, we've had some pretty vulnerable conversations. He's just been really faithful.”

In her letter to Morstead, Jessie Cordaro said that Chris came to terms with his own death, but worried about what would happen after he was gone.

“He worried so much about his family and he was devastated about not having the time to make sure our children’s financial future was intact,” she said.

According to Jessie, Chris shared his fears with Morstead, who almost immediately organized a pull-up challenge to raise money for their children’s college fund.

Morstead would do 418 pull-ups over the course of an hour, helping Chris do the last ten himself. Overall, the fundraiser raised more than $100,000 for the Cordaro family.

“Chris passed away one week later,” Jessie said. “Thomas your act of kindness erased his biggest fear before he passed … What started as an act of kindness for my husband grew into a multitude of blessings that we still feel to this day.”

The kind words and gratitude from Jessie Cordaro brought Morstead to tears.

"It’s been one of the highlights of my career to be a part of that," he said.

Morstead has been a fixture in the New Orleans community. His "What You Give Will Grow Foundation" has donated more than $2.5 million to charitable causes in the community and puts on annual events such as the Prom of Hope and Gleason Gras in partnership with Team Gleason.

He was released by the Saints in a move to get under the salary cap this off season.

Morstead has said that he's building a home in New Orleans and plans to stay in the city, even if his NFL career takes him elsewhere.