Drew Brees has not announced if he will retire from football. And the Saints have said he is welcome back. 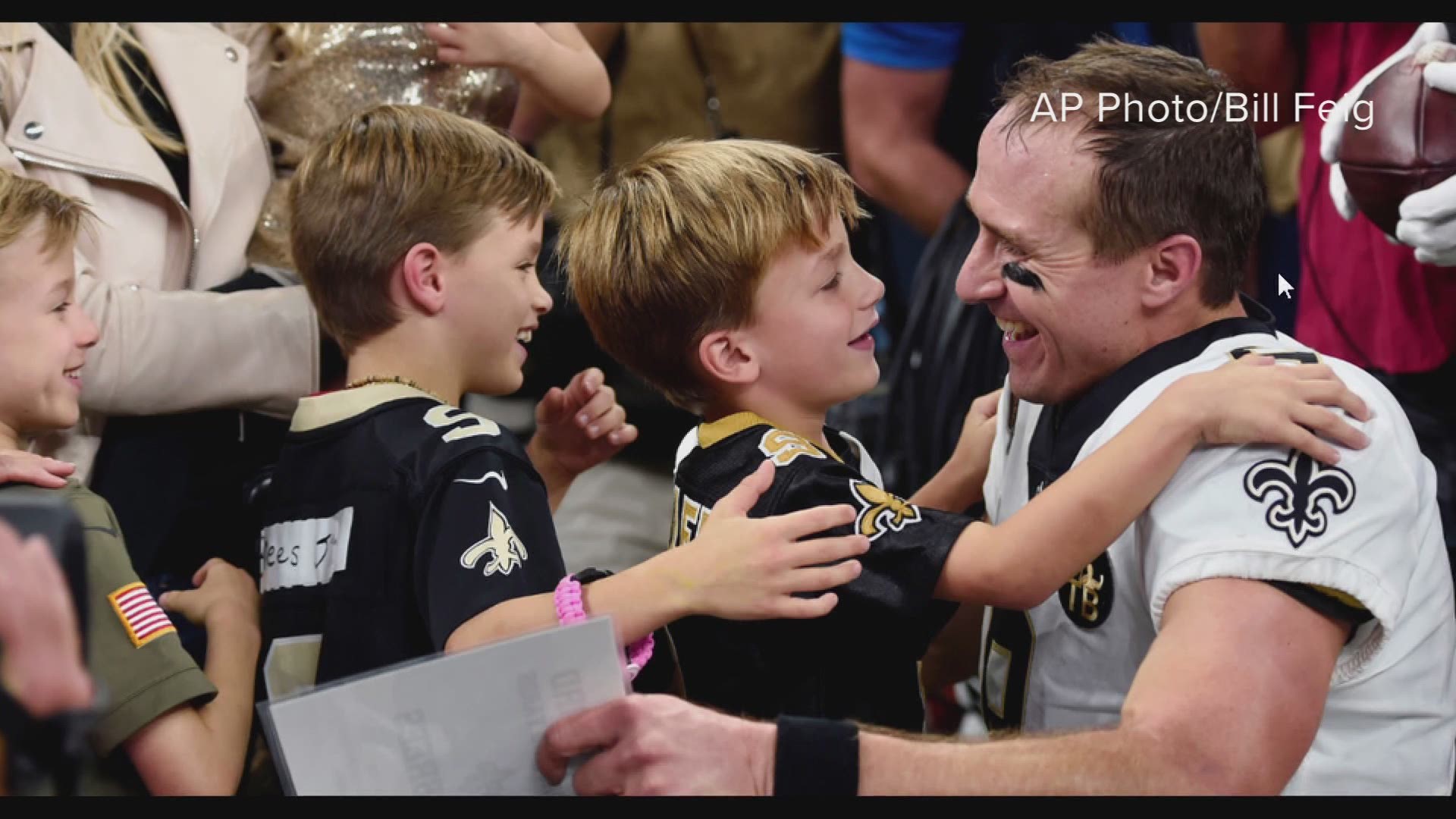 NEW ORLEANS — You could say no other fans love their team like New Orleanians love the Saints.

To the entire young generation, Drew Brees is part of the culture, just like K&B and its purple sign was to the older generation.

So, why do fans have such an emotional connection to the team and number 9?

“Watching the game, it was kind of somber. I was sad you know,” said New Orleans Mayor LaToya Cantrell.

If you’re feeling sad today over the Saints’ loss, you are not alone. A mental health expert offered this explanation for why it's more than a football game.

"I don't think the world realizes how bad this feels to see a Katrina savior have this lousy an ending. Our relationship with Drew Brees is different than any other, in any other city. Name another player who rebuilt the mental health of a city."

He's talking about the tremendous loss we all felt in August 2005 with Hurricane Katrina, the loss of lives, homes and hope. The Saints staying in New Orleans, then giving us winning seasons, took our minds off of the years of rebuilding ahead. It gave us a reason to believe in ourselves and to celebrate again.

Drew Brees was the leader. He knew what it was like to work hard and rebuild from injury. He and his foundation donated millions to the city, its people, and its needs, showing us the same encouragement we saw him give his children after breaking records on the field.

On social media, people related to that quote Maw Mawfan wrote back: “u r so right. for him to end this way if this is it. What a Godsend he's been to this city n it's people. Love me some Drew.”

Pm wrote: “Totally agree!” Then added: the post-hurricane games "put this city and region back together…..we had a common goal.”

The writer went on to thank Brees and Coach Payton for helping us reclaim our sanity after Katrina.

St. Augustine alumnus and member of the Super Bowl defending champs, Kansas City Chiefs safety Tyrann Mathieu, known as the Honey Badger agreed. He tweeted that Brees “meant everything” to New Orleanians, giving “us all life,” hope and smiles.

It something emotionally we all need again, as the pandemic takes lives and shuts down our cultural celebrations and rituals.

Social media is abuzz with Tom Brady throwing an end zone pass to one of Brees' sons postgame.

People are also fixated on a YouTube video of Brees talking to quarterback Jameis Winston on the sidelines. We had lip reading expert Deputy Susie translate. Her interpretation: "Alright, that's it."

Brees pauses and appears to be filled with emotion, then points a finger saying two words obscured by his face mask, then seems to say "This is your team now."

Whatever Brees' final decision is to be, a Fleurty Girl t-shirt says it all, like true love, “Drew love never dies.”

Drew Brees has not announced if he will retire from football. And the Saints have said he is welcome back. He says he wants to think about the season as he did last year, then make a decision.