Saints fans took to the streets to participate in events aimed at diverting attention and viewership from the game - and succeeded. 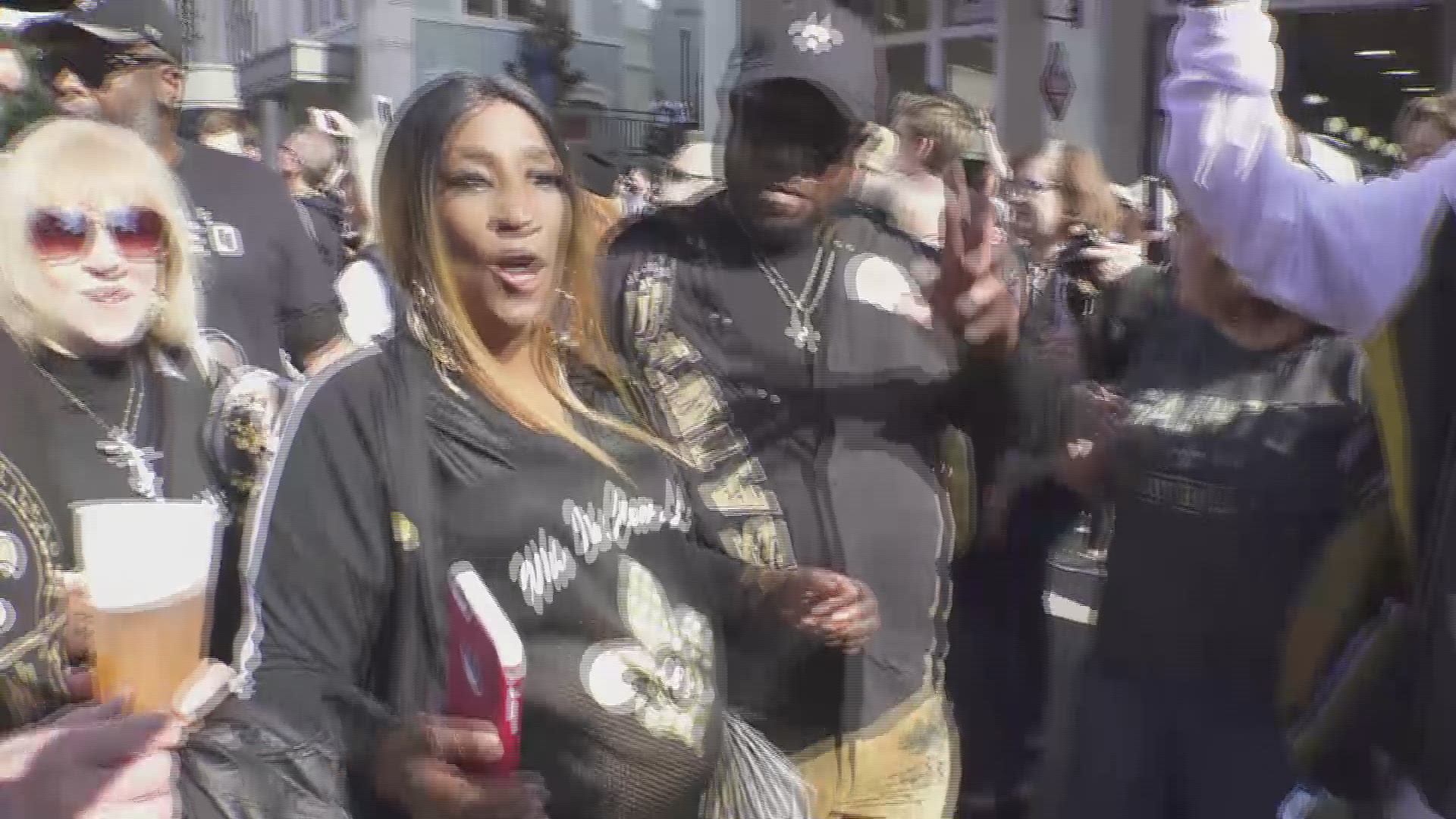 NEW ORLEANS — New Orleans roundly rejected Super Bowl LIII with a 26.1 rating, half the rating the game received last year when the Eagles defeated the Patriots and the game drew a 52.4 rating.

The game was also a loser nationally with a 44.9 overnight rating, the lowest since 2009. The contest was widely-derided as a bore and New Orleans fans protested after the team was denied a chance to play in the game with a missed pass interference and helmet-to-helmet hit that would have allowed the team to nearly run out the clock and kick a game-winning field goal.

The Patriots won the game 13-3 for the team's sixth Super Bowl title.

According to a Tweet by NOLA.com’s Jeff Duncan, the rating in New Orleans was the lowest of any metered market in the country.

Saints fans took to the streets to participate in events aimed at diverting attention and viewership from the game.

Thousands participated in one or more of three second line processions that began early Sunday morning and continued into Sunday late afternoon.

In addition, a Boycott Bowl event on Fulton Street drew a sold out crowd.