Saints now a betting favorite to make the Super Bowl

The win over the Bucs impressed a lot of people, including the oddsmakers. 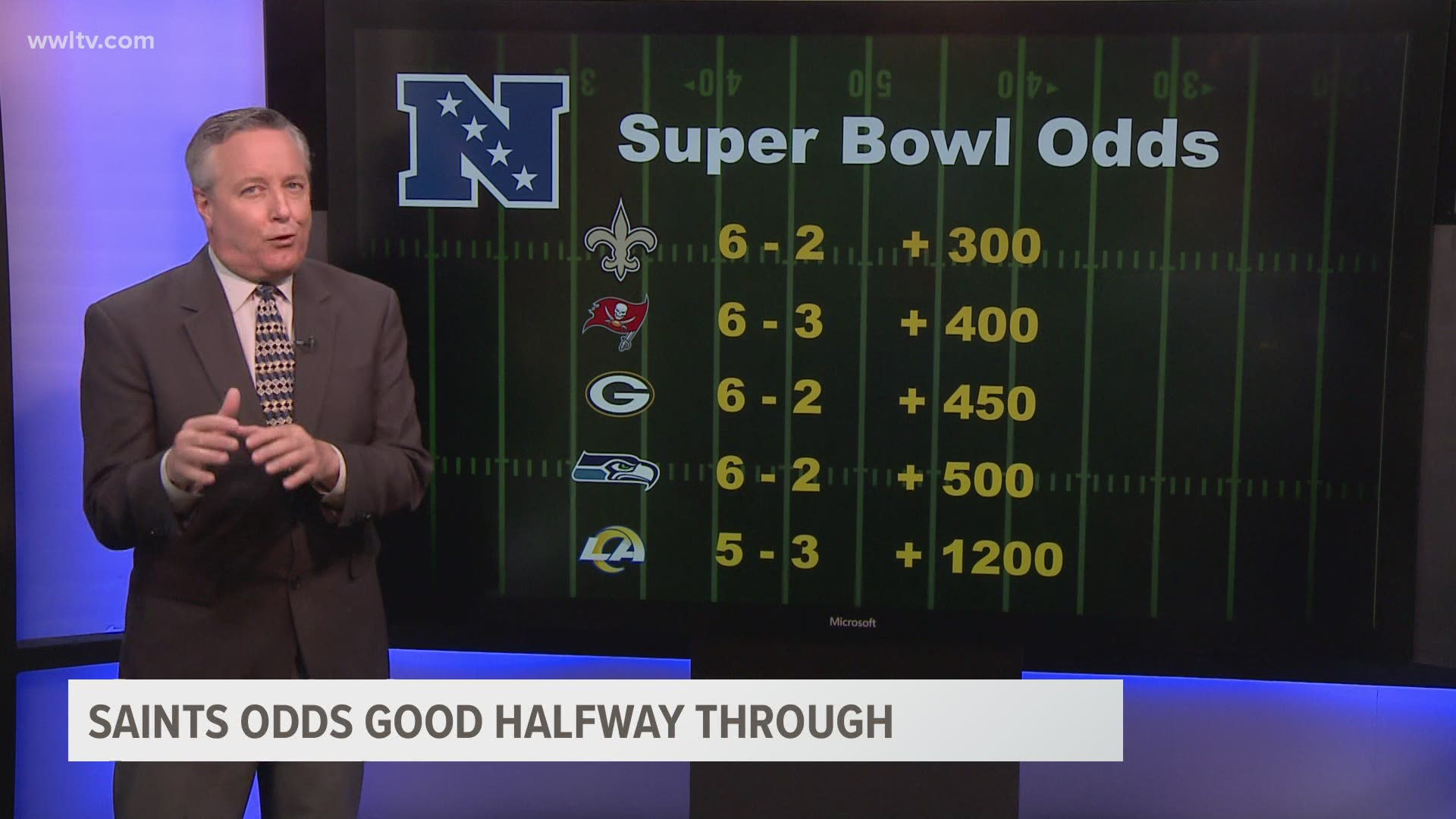 The Saints have suddenly re-established themselves as Super Bowl favorites to some.

An analytic web site called Football Outsiders plugs all of the information about the 2020 season into a computer and then plays out the season 30,000 times to get the odds.

After beating the Bucs, the Saints now have an 80 percent chance to win the NFC South. Tampa has about a 20 percent chance while the Panthers and Falcons have almost none.

Remember, the playoffs are expanded this year to seven teams. That means only one team will get a bye and the possibility of home field advantage throughout the playoffs.

According to Football Outsiders, the only teams in the NFC with a better than 5 percent chance to get that bye are:  The Rams at 5.8 percent, Tampa at 8.2 percent, The Packers at 20.7 percent, Seattle at 21.2 percent and the Saints have a roughly 40 percent chance.

RELATED: What they're saying nationally about the Saints 38–3 win over the Bucs in Tampa

And, the odds to get to the Super Bowl – not to win, but just to make it – the Saints have the best odds at 35.4 percent. Part of the reason for that is that the AFC, which is seen as the better conference at this point, has two highly-rated teams in Pittsburgh and Kansas City at longer odds because they would have to play each other.

Right now the top 5 odds are Seattle and Green Bay with about 15 percent chances, Pittsburgh with a 27 percent chance, Kansas City at 35.2 percent and the Saints at 35.4 percent.

And, the Vegas betting odds also like the Saints’ chances.