The referees cut a Saints drive short in a game decided by less than 3 points. 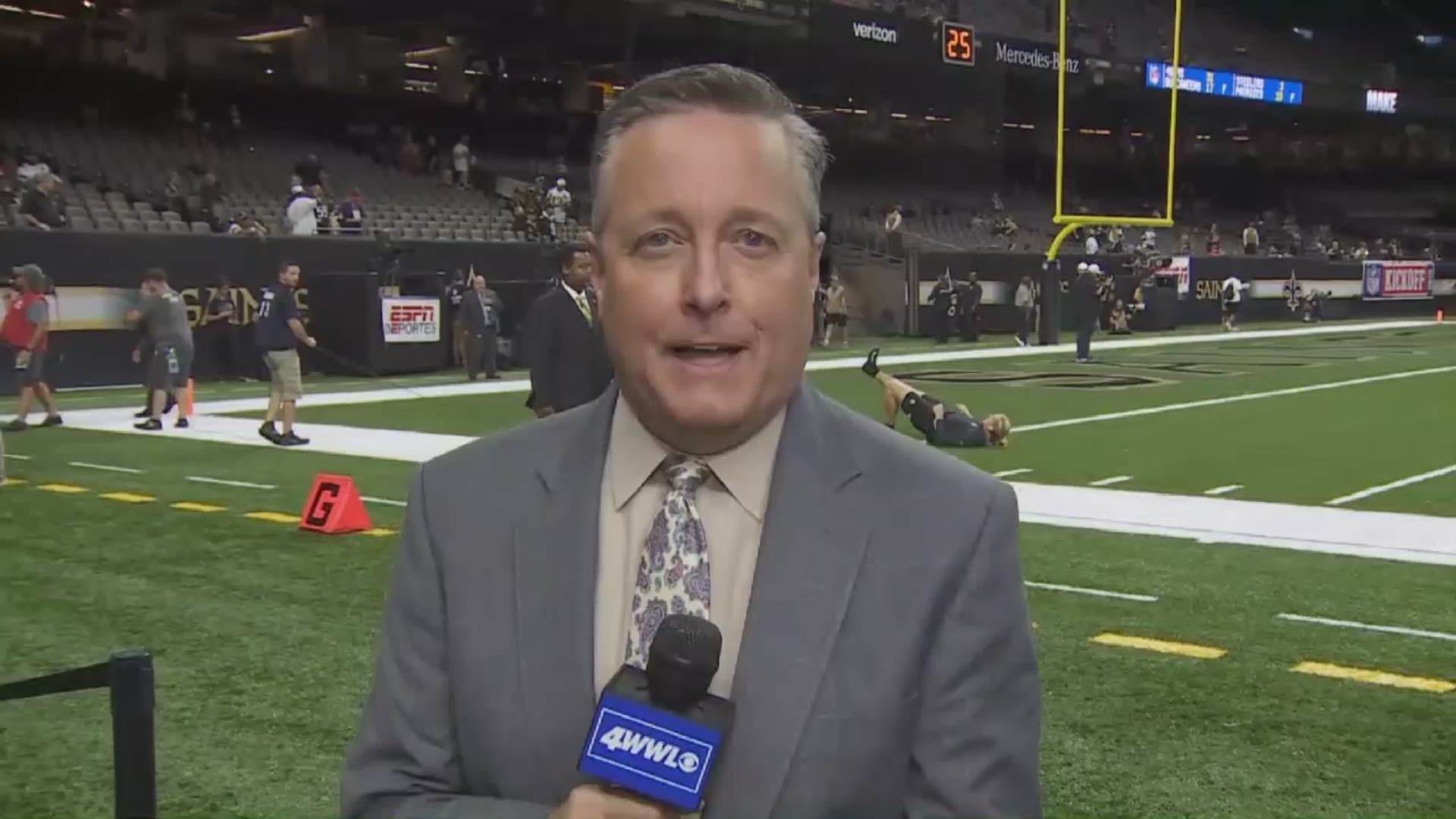 In the Saints first game since the NFC Championship "No Call," another blunder from the referees cost them about 15 seconds of game clock at the end of the first half.

On 3rd-and-17 with 48 seconds left on the clock, Drew Brees threw the ball down the left sideline to Michael Thomas who was tackled just short of getting the first down... or was he?

The Saints ran down the field and snapped the ball with 28 seconds left on the clock to get the 1st down on a quarterback sneak, but the referees blew that play dead to review Thomas' catch.

After a lengthy (and confusing) review, the referees ruled that Thomas indeed DID get the 1st down. In cases like this, the Saints are given the option to run 10 seconds off the clock or use a timeout to stop the clock from when Michael Thomas hit the turf.

HOWEVER, the refs worked from the clock with 26 seconds left on it, forgetting to bring the clock back to 42 seconds, where it should have been. The Saints lost about 15 seconds of game time in the process at a point in the game where every second is critical.

The Saints went on to miss a 56-yard field goal before halftime.

"Listen, that can't happen," Drew Brees said after the game. "That's a game changer. We ended up having to kick a 58-yard field goal, or whatever it was. If we would have had 15 more seconds? Are you kidding me? We would've gotten closer."

Now imagine if the Saints had an extra 15 seconds to get Lutz a little closer, or even reach the end zone.

Or what if Wil Lutz hadn't hit the game winning 58-yard field goal at the end of the game? Those missing 15 seconds would've hurt.